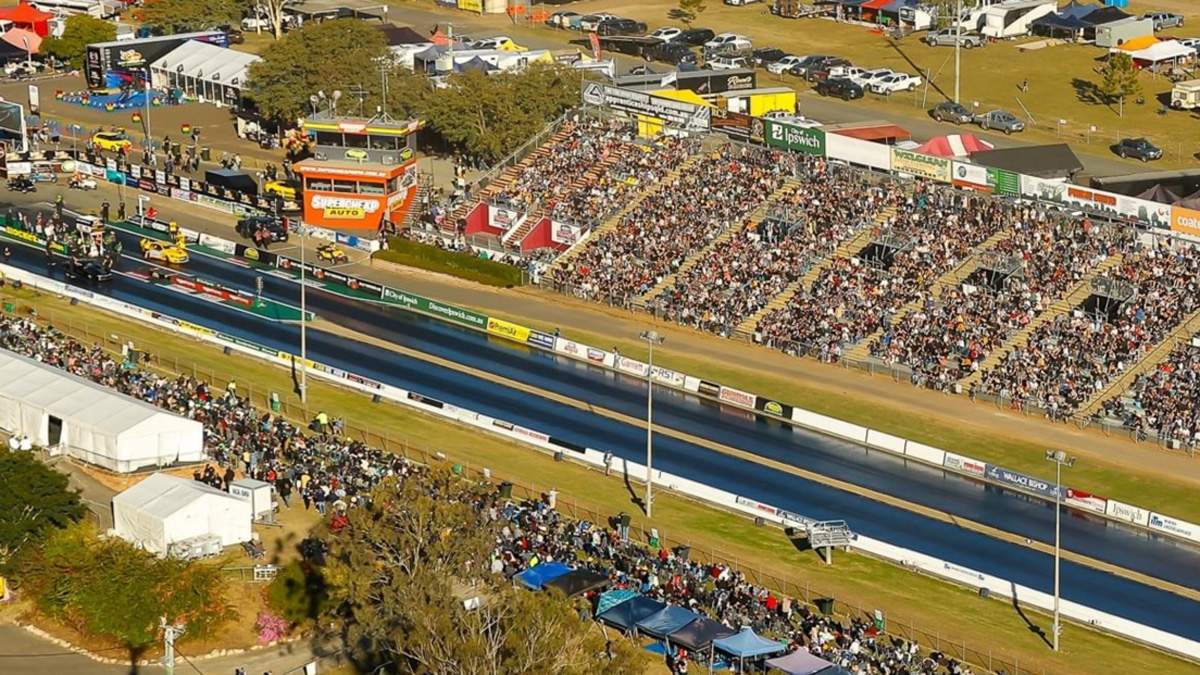 Queensland Police has confirmed that the driver involved in a drag racing crash at Willowbank Raceway has died.

The incident occurred earlier this evening at the New Year Nitro meeting at the Ipswich, Queensland venue.

During a Top Doorslammer run, the vehicle in the left lane lost control and became airborne, before rolling off the track and taking out a camera tower.

Queensland Police has advised that the camera operator thankfully has non-life-threatening injuries, and has been hospitalised.

The driver, Sam Fenech, has tragically been confirmed as a fatality.

The meeting has been abandoned.

Speedcafe.com extends its condolences to Fenech’s family and friends.

Police are investigating following a fatal crash at a Willowbank drag racing event this evening (January 7).

Initial information indicates just before 7pm, a vehicle left the track and crashed into a camera tower.

The driver, and sole occupant of that vehicle suffered fatal injuries as a result.

A camera operator was transported to the Princess Alexandra Hospital with non-life threatening injuries.

The Forensic Crash Unit is assisting Workplace Health and Safety with investigations.

The public are advised to avoid the area around Champions Way or exercise patience with likely traffic disruption.