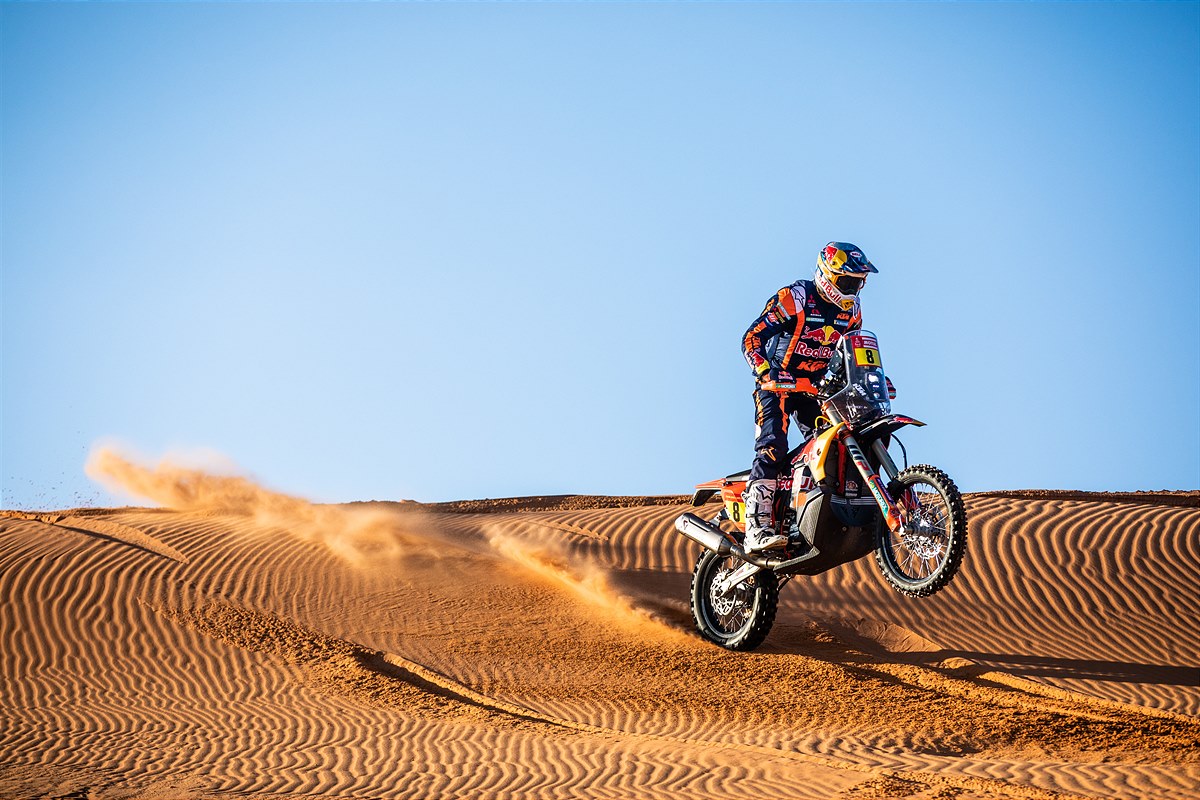 Red Bull KTM’s Toby Price has been left with a sore shoulder after being caught up in a rival rider’s crash on Stage 5 of the 2023 Dakar Rally.

The Australian sits second overall at 2:07s off the pace despite a tumultuous 373km special around Ha’il, during which a promising start came unstuck when he was among four riders to get lost just before the refuel.

That mishap cost Price the stage lead but more trouble was to follow when Joan Barreda Bort crashed his Honda in front of the two-time Dakar champion.

“Barreda had a crash in front of us and I ended up hitting him; more the bike… I’m not sure, I pretty much shut my eyes.

“So, we stopped for him for about five or six minutes and made sure he was all good, and he continued on.

“All in all, it’s been not a bad stage. I don’t think we’ve lost so much time but still plenty more racing to go yet.

“We’ll just get back [to the bivouac], have a look at this shoulder, and get it all sorted for the next day.”

Price, Pablo Quintanilla, and Skyler Howes were all credited with four to five minutes after the conclusion of the stage, elevating the former in the overall classification but giving the latter an even bigger lead than the 44 seconds which he originally enjoyed.

“For me, it was a really difficult stage,” said the Spaniard as he looked back on his crash.

“I was opening in the morning, but we make some difficult about navigation before refuelling.

“Then we catch some riders together and we were until the finish, but I had a crash at 30 kilometres before the end.

“But I received the help of my team-mates and we were together until the finish.”