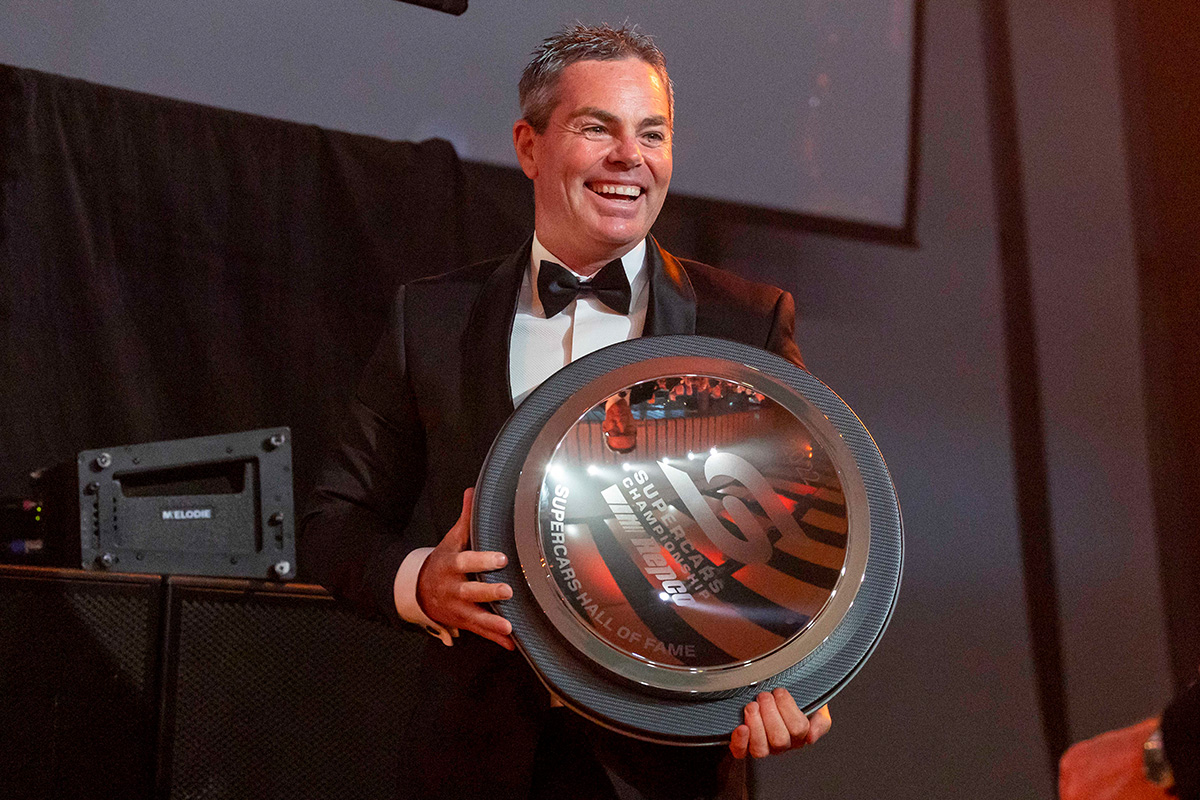 Craig Lowndes was inducted into the Supercars Hall of Fame

The seven-time Bathurst 1000 winner revealed on the KTM Summer Grill that his interest in the historic endurance race is still high.

Lowndes has been eyeing a drive at Circuit de la Sarthe for more than a decade, beginning in 2012 and 2014.

However, that never came to fruition due to his full-time Supercars commitments and date clashes.

Having retired from full-time driving at the end of 2018, Lowndes stepped up his bid to tick off bucket list races.

Discussions to race in the twice-around-the-clock epic came close to bearing fruit in 2019, though fell over at the final hurdle.

“I still would love to do Le Mans — that’s one race that has always alluded me,” he enthused.

“We’ve had opportunities, clash of dates, or things go on, so that’s one thing I would still love to do.

“To be honest, I’d love to do it in a prototype car, but most likely going to be in a GT car because that’s what I know.”

While he didn’t compete at Le Mans in 2019, Lowndes has previously taken part in the Spa 24 Hours GT endurance event.

Also on his list is the notorious 24 Hours of Nurburgring on the 20.8km Nordschleife.

“I’d still love to do Nurburgring 24 Hour — had an opportunity many, many years to go over for a VLN race with [Warren Luff], and unfortunately we didn’t finish but that was great,” added Lowndes.

“I’ve done the Spa 24 Hour and I’ve got to say, you either love or hate them.

“You have no sleep in more than 24 hours by the time you get up, you do the race, you never sleep — it’s long, but I loved it, I really love it.

“If I got an opportunity to do that side of it, I would definitely put my hand up.”