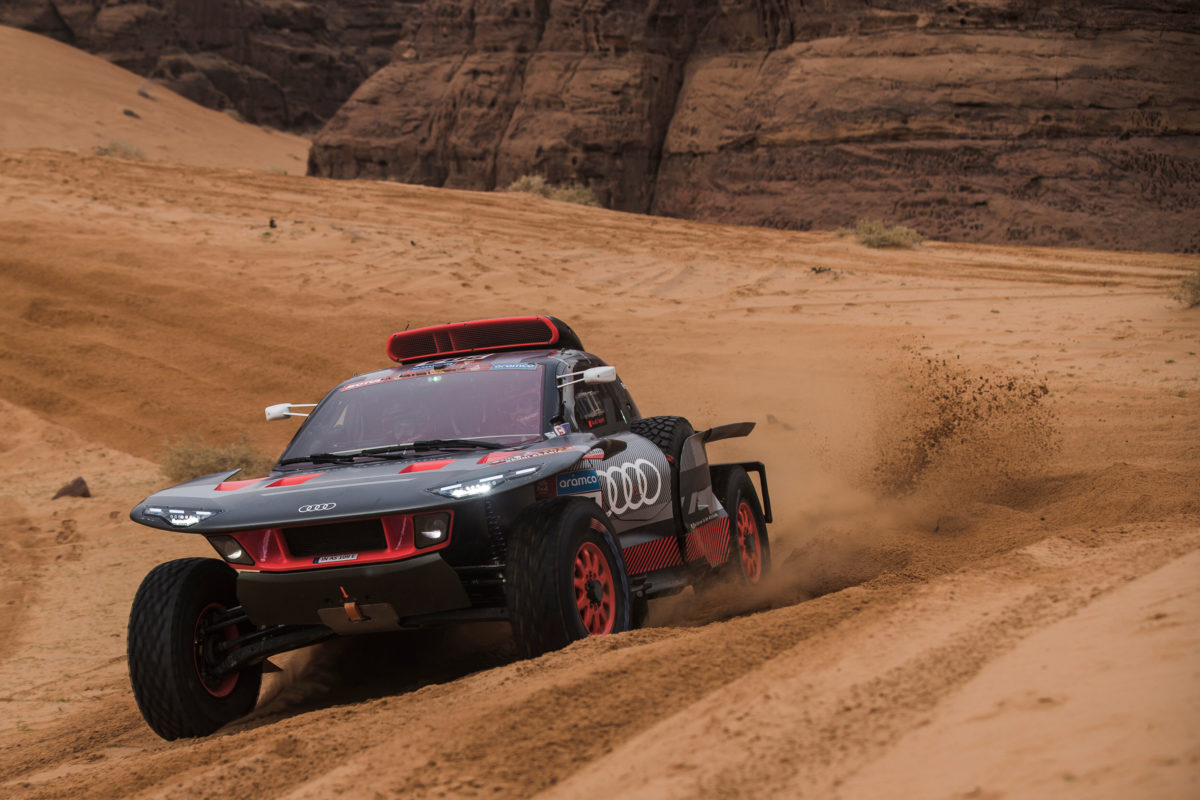 Controversy erupted at the Dakar Rally due to the Audi RS Q e-trons and other T1.U vehicles being given a power increase

The FIA has issued a statement defending its processes after Nasser Al-Attiyah lashed out at a decision which gave his Audi rivals a power increase midway through Dakar 2023.

The factory Toyota Hilux driver took to social media to sarcastically thank organisers for “killing the race early” after the RS Q e-trons and other entries in the T1.U subclass for alternative energy-powered vehicles were handed an extra eight kilowatts effective from Stage 5 of the event.

Al-Attiyah has since deleted the Instagram post in question, while the World Rally-Raid Championship committee has released a statement explaining how the decision was arrived at under its Equivalence of Technology process.

It further claims that the helping hand it gave the Audis is still less than the power advantage which T1+ vehicles such as the Hilux had enjoyed until now.

“The Equivalence of Technology adjustment is part of the Cross-Country Rally Sporting Regulations,” began said statement.

“It was introduced at the request of the manufacturers and teams, who wanted a correction mechanism during the Dakar Rally given the unusually long nature of the event.

“The FIA agreed to implement the Equivalence of Technology mechanism in a process which latest several months and involved all T1.U and T1+ competitors.

“Teams provided simulation of test data to allow the FIA to calibrate its calculation tools.

“The final Equivalence of Technology process was agreed by all manufacturers.

“In relation to yesterday’s decision by the W2RC Committee to adjust the Equivalence of Technology for T1+ and T1.U, the data from Stages 1, 2 and 3 showed a gap in favour of T1+ in the region of 9.3kW.

“In accordance with the Regulations, it was therefore decided by the W2RC Committee to grant a power increase of 8kW for T1.U from Stage 5 onwards.”

The spat over parity is not the first, with Al-Attiyah and one of his key rivals, Audi’s Carlos Sainz, at odds before Dakar 2023 even got underway over a 100kg weight increase which was slapped on the e-trons.

Ironically, Al-Attiyah went on to win Stage 5, prevailing in a three-way battle with Sainz and another Audi driver in Stephane Peterhansel.

The trio were covered by only 3:44s at the end of the 373km special, with the #200 Toyota now 22:36s up on Peterhansel at the top of the overall classification.