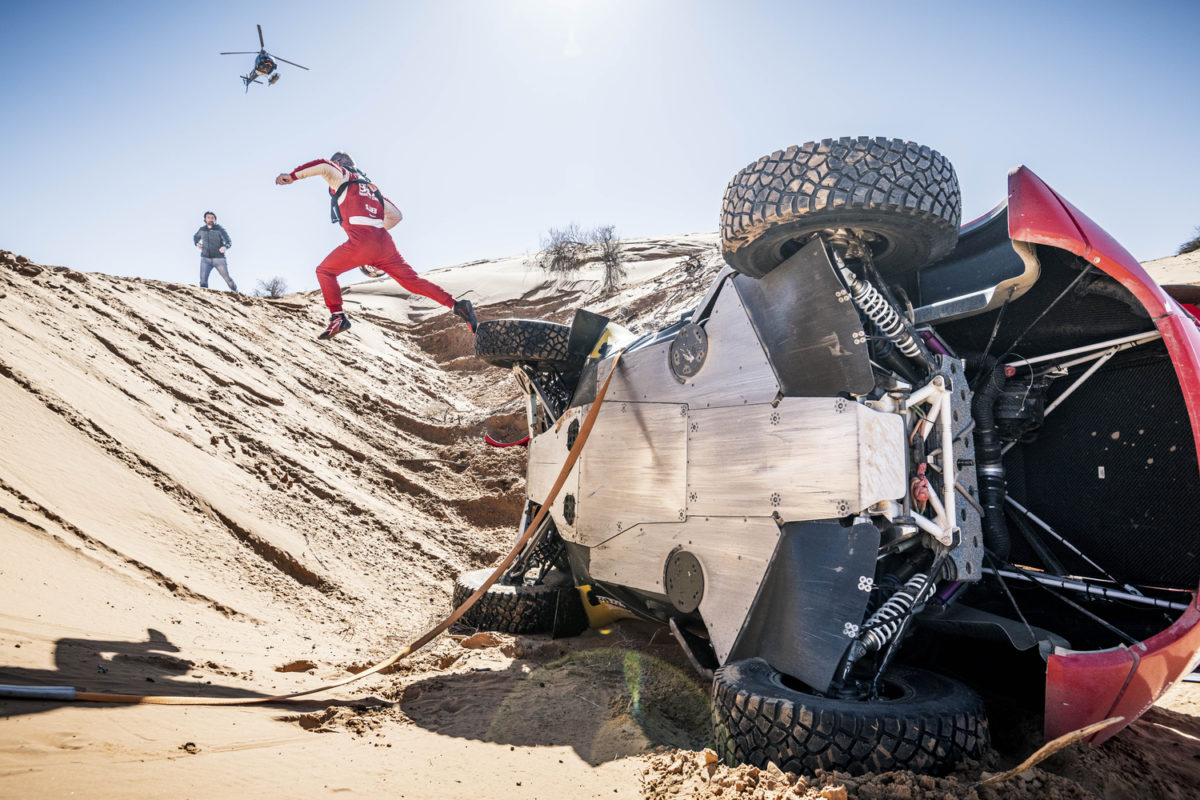 Toyota’s Nasser Al-Attiyah has stretched his overall lead with another stage win as Sebastien Loeb’s 2023 Dakar Rally got even worse.

Loeb (Bahrain Raid Xtreme) rolled his Prodrive Hunter during Stage 5 and while he still finished the day ninth-fastest, he lost 19:58s more relative to Al-Attiyah.

The Frenchman had won Stage 4 despite a late power steering failure, but that only came after copping three punctures on Stage 2 and then having to stop for running repairs on Stage 3, and he is 1:53:41s from top spot overall.

“I think we were doing a good stage, but I made a mistake on a tricky dune,” admitted Loeb of his latest calamity.

“We landed and hit a big bit of camel grass and ended up with the car on its side.

“So, we lost some time for this, but for the rest it was a good stage.

“There was no problem with the car, so that was quite good”.

The battle for stage honours on a sandy 373km special around Ha’il was a three-way contest between the men who have collectively won the last eight Dakars.

Stephane Peterhansel led early on and his Team Audi Sport team-mate Carlos Sainz was thereabouts throughout, with the latter finishing the day 1:57s slower than the #200 Toyota Hilux of Al-Attiyah.

Peterhansel was another 1:47s slower in third in the end, but moves to second overall at 22:36s behind, with Yazeed Al Rajhi (Overdrive Toyota) almost five minutes further back in third.

Sainz sits fourth, 34:52s in arrears of the rally-leading Qatari, with Al-Attiyah’s factory Toyota team-mate Henk Lategan last of those still within an hour of the benchmark pace.