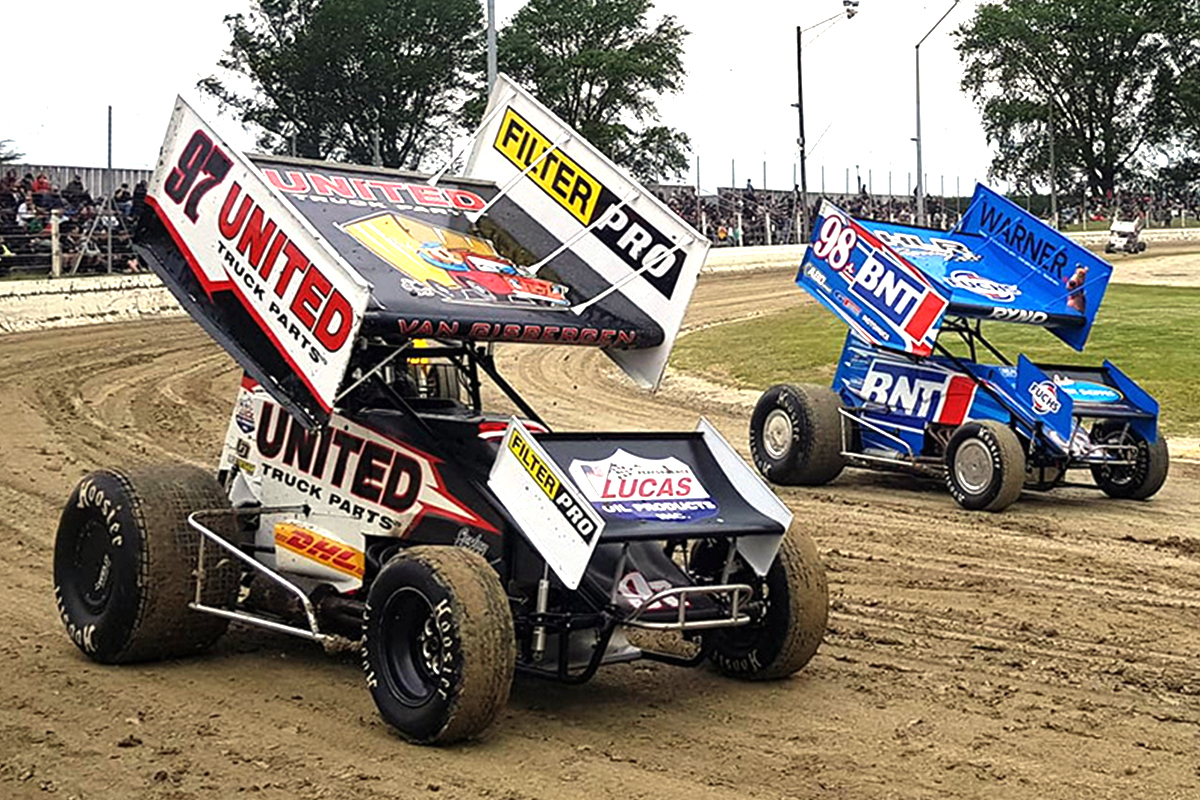 The three-time Supercars champion has been competing on the dirt in his homeland over the summer period.

Van Gisbergen, a Triple Eight Race Engineering Supercars driver since 2016, finished in the top three in Heat 1, before an eighth-place finish in Heat 2.

He then went on to record seventh in the final, with Daniel Thomas claiming top honours.

That seventh-place feature result was the 33-year-old’s best this campaign, after finishes of 14th and ninth at Western Springs Speedway.

Both of those outings were not without drama either, with the Kiwi spinning in his debut event, before his car caught on fire in his second appearance.

He is competing with the #97 on his sprint car, the same number which he competes under in the Repco Supercars Championship.

CLICK HERE for photos of van Gisbergen at the speedway.

Van Gisbergen is not the only Supercars driver taking part in speedway races over the off-season, with Cameron Waters also in action.

That in fact accounts for the top two in the 2022 Drivers’ Championship.

The Tickford Racing driver wound up sixth at the end of the 30-lap Victorian 410 Sprint Car title A-Main.

Waters told Speedcafe.com he feels all the elements of his summer speedway campaign are “coming together” after his latest outing.