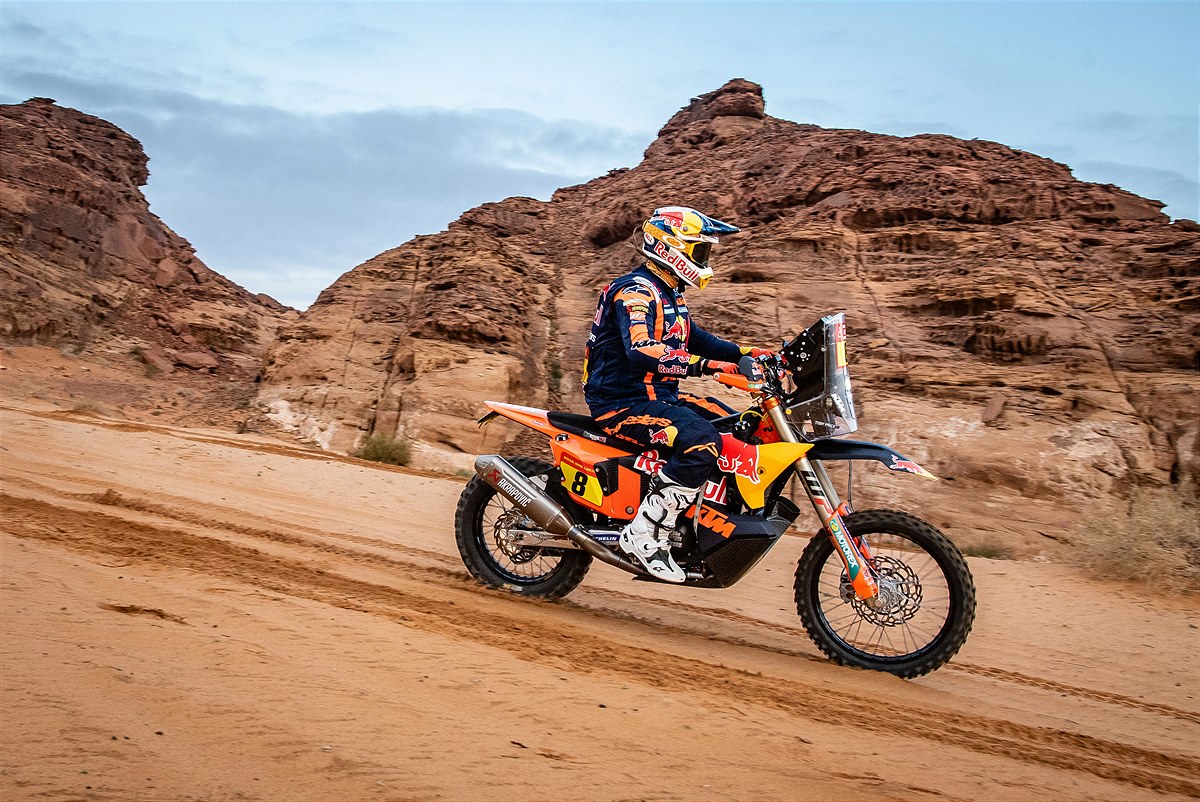 Red Bull KTM rider Toby Price says that Stage 4 of the Dakar Rally was particularly tough given the sogginess of the dunes due to rain.

Price is now 7:17s off the overall pace set by Australian compatriot Daniel Sanders (Red Bull GasGas), holding fifth position on those standings after setting the fourth-fastest time on the day.

The field had remained in Ha’il for a 574km loop after heavy rain wreaked havoc on Stage 3 on the day prior.

“It was a long day,” said the two-time Dakar champion of Stage 4.

“All in all, we did a good stage. There were no mistakes. We’re just staying on two wheels and trying to keep ourselves in the race.

“At this stage, everything is going well, the body is feeling good, and the bike is feeling really good, so yeah, we’re happy.

“They’re just really heavy dunes from all the rain and everything we had,” added Price.

“It really kind of sucked the bike into the sand.

“The fuel consumption was up a little bit more than normal this time, but all in all, there were no major issues. We’re happy with the day.”

Walkner, 28:25s off the pace, is gritting his teeth with an injured wrist following an incident on Stage 2.

“I have a lot of pain in my wrist and I’m at my absolute limit right now.

“As soon as I set off this morning, I knew it would be a tough day, but I fought my way through it.

“I’ll keep on trying to do my best and see how I feel each day.”

Meanwhile, 2020 champion Ricky Brabec (Monster Energy Honda) returned to the bivouac after being cleared of serious injury following his rally-ending crash on Stage 3.