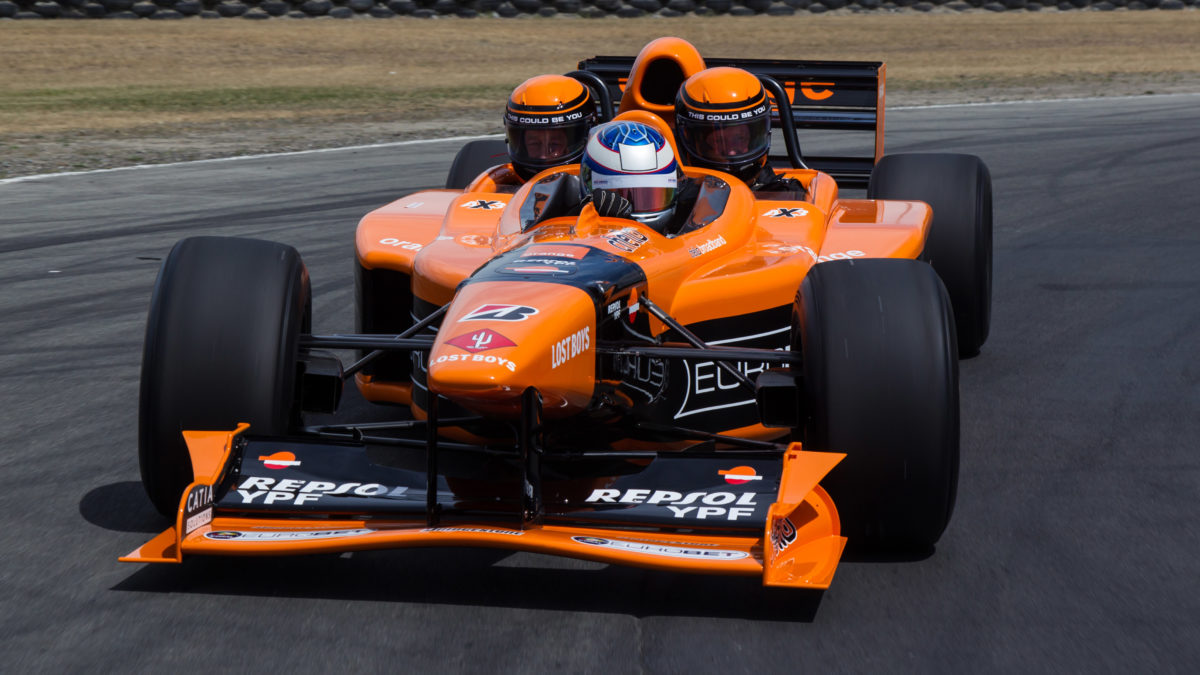 The Arrows AX3 enables a driver and two passengers to experience a Formula 1 car.

A three-seat Formula 1 car will take to the track at the 2023 Adelaide Motorsport Festival on March 25-26.

The Arrows AX3 will feature in a series of demonstration runs at the festival, which is set to be held on the Victoria Park section of the Adelaide Parklands Street Circuit.

The three-seater is powered by a 720hp (537kW) 3.5L Hart V10 and features similar aerodynamics and brake set-up to the Arrows A21 F1 car that was driven by Jos Verstappen, the father of 2022 World Drivers Champion Max and team-mate Pedro de la Rosa during the 2000 Formula 1 World Championship season.

Launched in January 2001, the unique F1 car was created to offer shared experiences.

“The objective behind the AX3 is to provide a better opportunity for people to experience an increased and more real simulation of the g-forces, acceleration, deceleration and speed that F1 drivers go through for one and a half hours at a every grand prix,” said Arrow commercial director, Huw Morgan, in an interview with commentator John Hindhaugh at the launch.

The news of the AX3 attending Adelaide comes after the two-seat Minardi F1 cars and their sonorous Cosworth V10 engines were retired.

A project of entrepreneur and former Minardi team owner, Paul Stoddart – who famously stood on the podium with a young Mark Webber who’d driven his Minardi PS02-Asiatecho fifth on debut at the 2002 Australian Grand Prix – the Minardi F1x2 cars offered rides to the public from 2006 with Zolt Baumgartner at the wheel, and later Supercars drivers Cam McConville and Will Davison.

More than 1000 passengers were taken around Albert Park between 2009 and the 2020 Australian Grand Prix, where Davison joked he was the fastest of the F1 field after the event was controversially cancelled on the Friday heading into the race weekend.

A Ross Brawn designed Arrows A10B Megatron as campaigned by Eddie Cheever in the 1988 Formula 1 World Championship has also been confirmed for the event.

It won’t be the first time F1 machinery will be driven in Australia this year, with the appearance of the F1 cars at the festival to follow the deployment of a Red Bull RB7 at the Liqui Moly Bathurst 12 Hour in early February.

The festival itself takes place a week before the 2023 Formula 1 Rolex Australian Grand Prix.