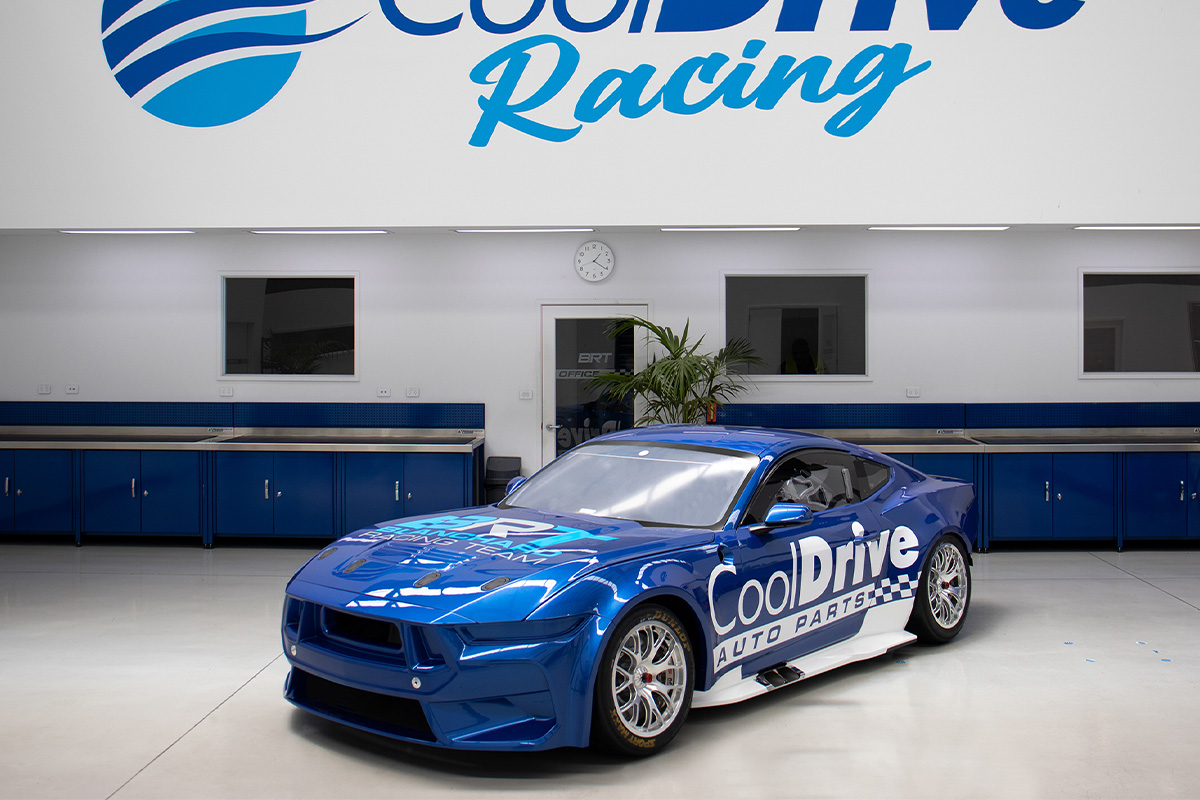 The Blanchard Racing Team has shown off its near-complete Gen3 Ford Mustang.

In what will be CoolDrive Racing’s third season in the Repco Supercars Championship, it is the team’s first brand-new car build.

The squad has shown off images of chassis BRT001, which will be driven by new recruit Todd Hazelwood in 2023.

It represents the most complete Gen3 Supercar build to date, solely going off images that have been published.

The car is also already fitted with its 5.4-litre V8 Coyote engine.

Notably missing is the rear wing, which is reportedly yet to be homologated by Supercars.

“The new year is here and we are thrilled to show you our Gen3 car, the first built in-house,” read a post on the CoolDrive Auto Parts Facebook page.

“Our brilliant little team led by Mirko De Rosa have worked tirelessly over the last few weeks to have this car on the ground and the engine in and plumbed.

“Whilst we are still waiting for some components to arrive in the coming weeks, we are proud to show our progress.

“This marks an important step in the development of BRT, as many components as possible have been designed and manufactured in house meaning BRT001 is truly a BRT car.

“Our spares package and Gen3-specific equipment is also well advanced as our preparation for the season ramps up.

“We can’t wait to share the journey with everyone as we couldn’t be more excited for the year ahead.”

To date, BRT has run what is effectively Tickford Racing customer Gen2 chassis.

The Gen3 build is a significant step for the Box Hill-based operation, which will also compete in the Dunlop Super2 Series this year with Aaron Love.

As reported by Speedcafe.com yesterday, the steering wheels for the Gen3 Supercars retain their paddles, even if they will not be used for gear changes.