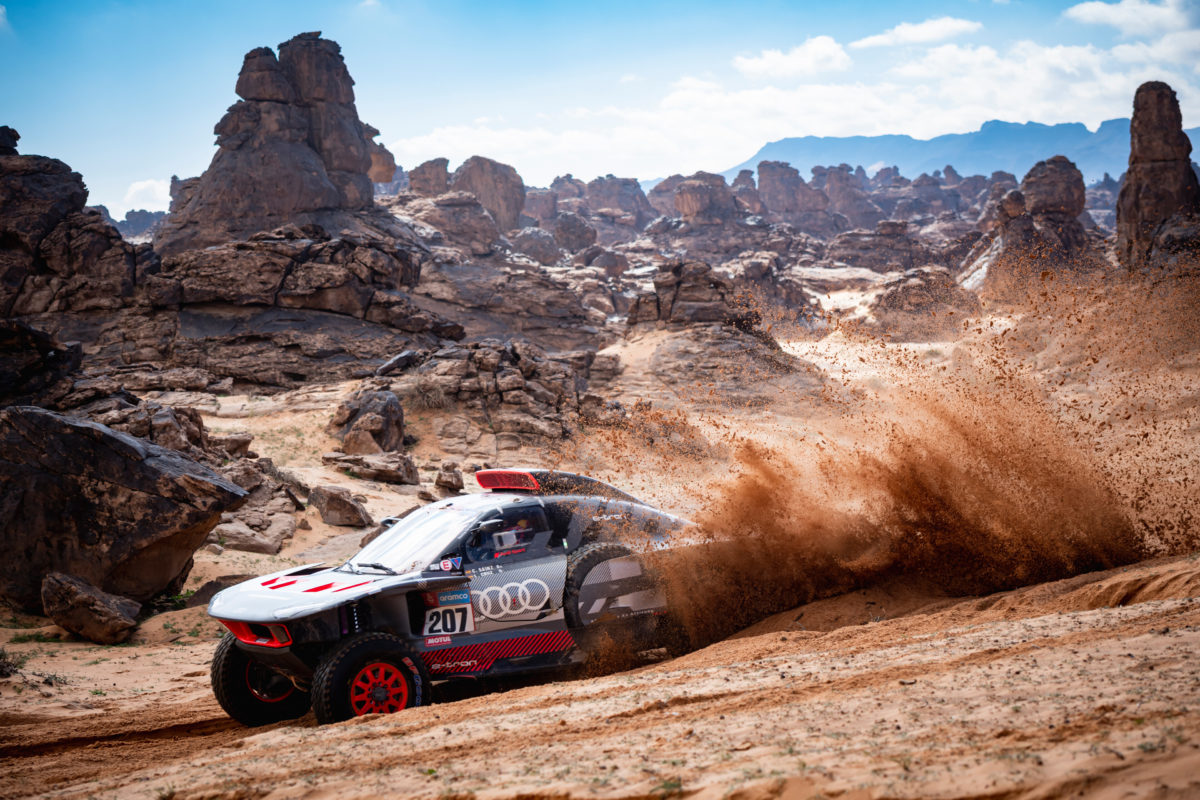 The Audi RS Q e-trons and other T1.U class vehicles which compete at Dakar have been given a power increase

Toyota’s Nasser Al-Attiyah has slammed Dakar organisers’ decision to give the Audis a mid-event power increase as “killing the race early”.

Al-Attiyah leads the rally by 18:18s over fellow Toyota Hilux driver Yazeed Al Rajhi (Overdrive Racing) after four stages of 14, but was left furious at the tweak which the hybrid RS Q e-trons will enjoy going forward.

The Cars competition is in fact comprised of a number of subclasses including T1+ into which the Hiluxes are entered and T1.U for alternative energy vehicles such as the aforementioned Audis.

A bulletin issued after the conclusion of Stage 4 reads:

Following the data analysis of the vehicles entered in the T1.U and T1+ classes on Stages 1, 2 and 3 of the 2023 Dakar Rally, the W2RC Committee decides, in accordance with Article V1 13.3 of the Cross-Country Rally Sporting Regulations:

This decision is valid from Stage 5 of the 2023 Dakar Rally.

Ironically, Audi driver Carlos Sainz was unhappy before the event about a mandated 100kg weight increase for Dakar 2023, but welcomed the latest move.

“They can measure it and see it, and so much that the Audi was running [at an advantage] … it turns out it wasn’t running so much,” he said according to Spain’s Marca.

“They [FIA] have all the data to measure what accelerates one car and another, and I imagine that if they give us eight kilowatts, which is 11 horsepower, then they will have seen that we are missing something.

“I have always said that I don’t want to carry more power, what I want is for the cars to be equal – the power and the weight.”

Al-Attiyah, however, teed off on social media when he posted a screenshot of the relevant bulletin.

“What a surprise to give our main rival 11 HP more!!!” wrote the Qatari on Instagram.

“Thank you for killing the race early.”

Audi’s top driver after four stages is Stephane Peterhansel in third, while Sainz is still more than half an hour off the pace in fourth after a tumultuous third stage.