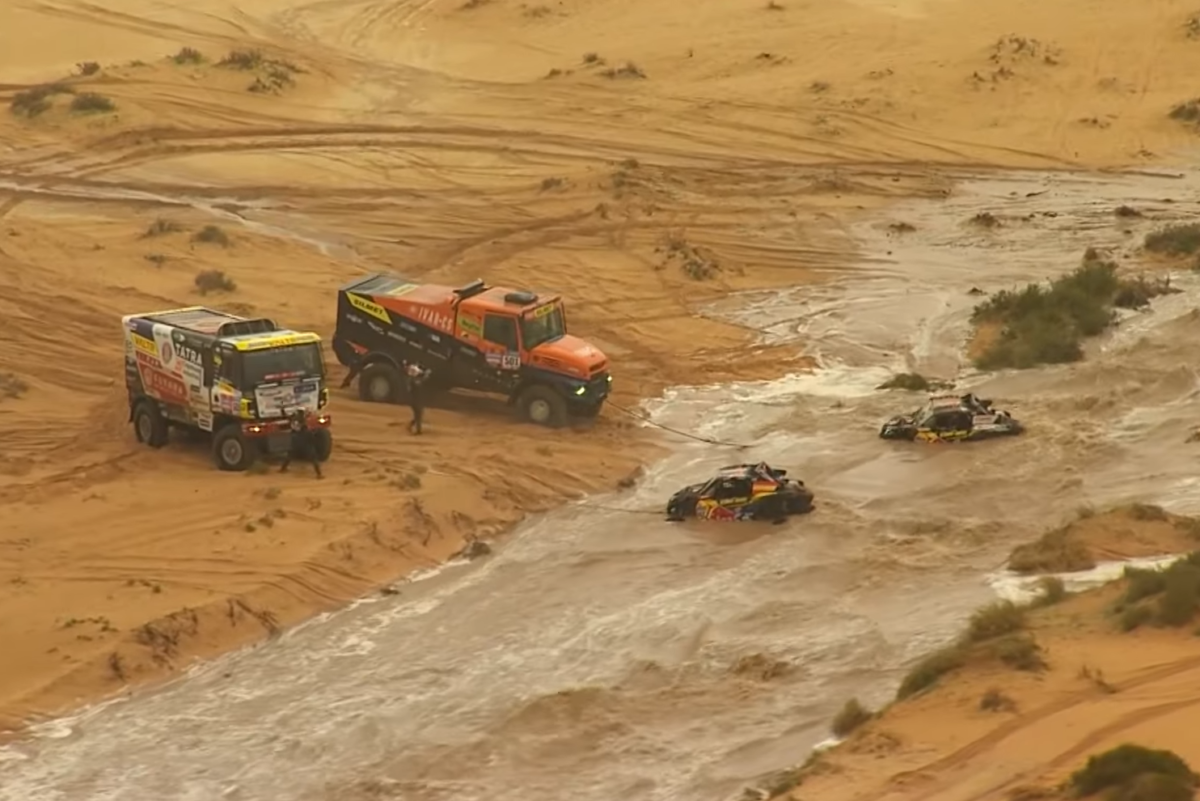 Heavy rain led to Stage 3 of the Dakar Rally being shortened, and the weather caused havoc for competitors on their way to Ha’il.

Officially, the reason for lopping 70km off the special was because of the inability of the rescue helicopter to respond to incidents, although it would have been a relief for those who got stuck in the river.