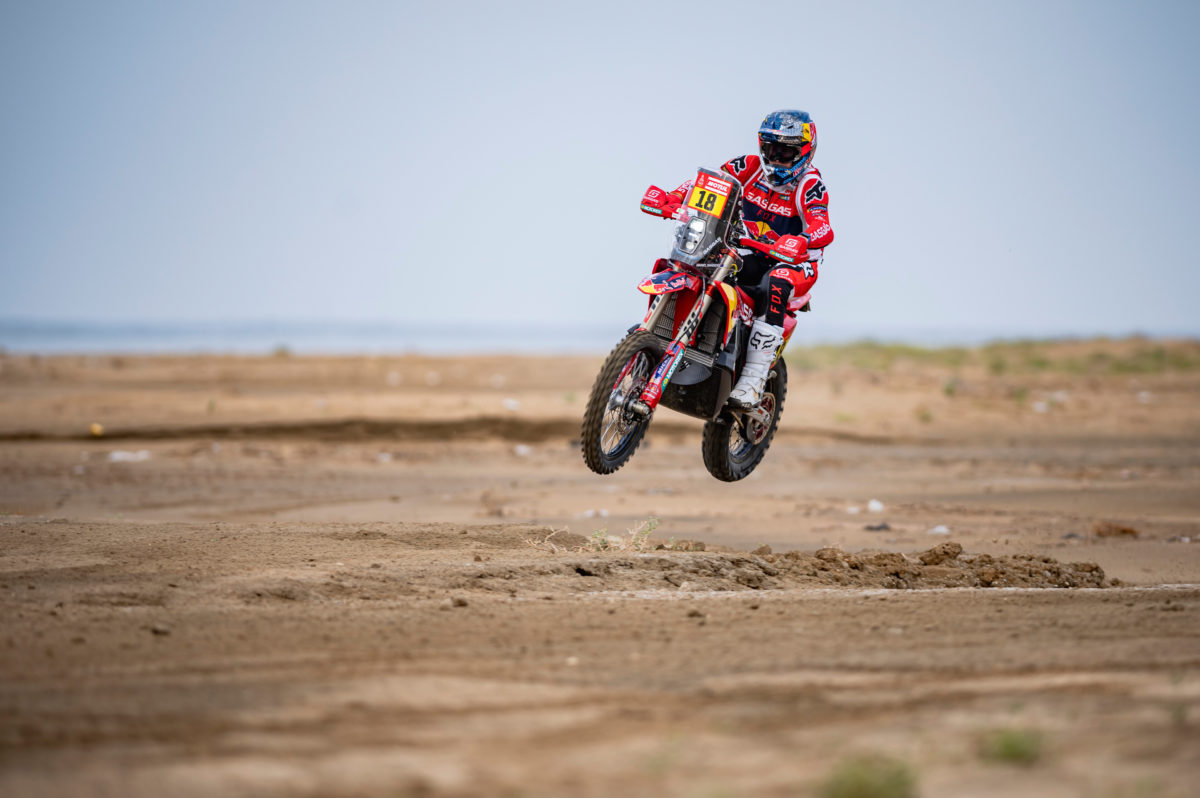 Daniel Sanders believes that he and fellow Australian Toby Price are so competitive at the Dakar Rally because of their “natural desert skills”.

Price is a two-time champion of the event, including a memorable triumph in 2019 when he rode his Red Bull KTM with a fractured wrist throughout.

Sanders debuted in 2021 but quickly marked himself out as one to watch, and leads Dakar 2023 after winning Stage 3 on his GasGas entry.

How put the Australians’ prowess down to spirit, but also their background.

“Of course, the Aussies have got the strongest spirit and we’ve got some good natural desert skills,” said the 2020 Australian Off Road Champion.

“I think me and Pricey have come from a good background – a lot of fast racing in Australia – and it’s paying off here on the Dakar”.

Sanders tactically gave up a win on Stage 2 in order to enhance his road position for Stage 3, when he pushed hard and prevailed by more than five minutes on the day.

“We struggled a bit at the start – it was really hard through the deep sand and rock – and then I was pushing again, he recalled.

“The goal was to get to refuelling and find out where everyone was and then sort of pick up. The guys out front were doing a good job opening and I ended up as the third rider through the stage at the end, so it was still important to keep focus on the navigation, because the guys out front had been opening all day and at one moment they can make a mistake and lose focus. 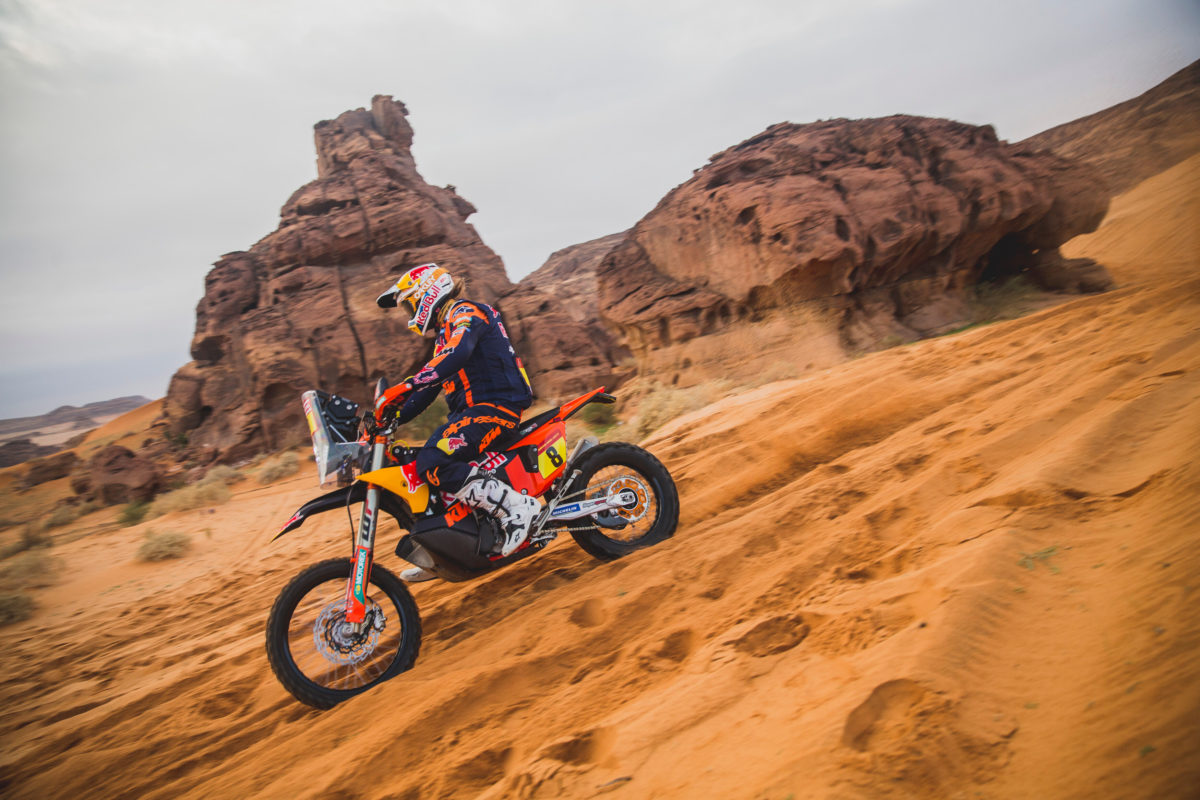 “It ended up okay. Me and Pricey pushed all the way to the end.

“We broke away from the guys in the dunes and I was surprised that the big kangaroo could follow still,” laughed the 28-year-old.

“It was good, because it was two Aussies pushing through at the end and to pull away from some fast guys is pretty good.

“I hope my strategy yesterday [Stage 2] was a good one. I waited a long time and slowed down a lot after the last refuel.

“Jordi [Viladoms, KTM Rally Sport Manager, presumably] was telling us that today was going to be a tough stage.

“He said, ‘Don’t win unless you can win by a lot.’ That’s what I was doing today.

Stage 4 has not long got underway although Sanders is among just a handful of riders to have reached the second waypoint thus far.