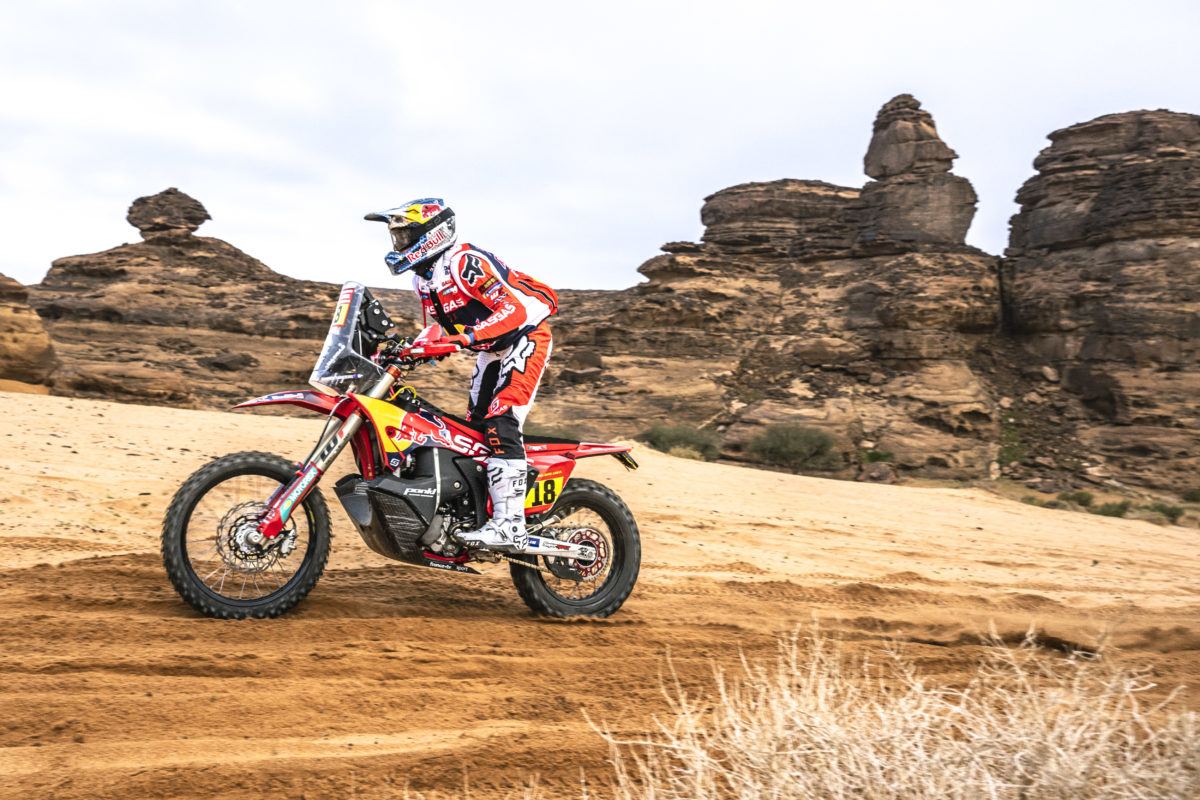 Red Bull GasGas rider Daniel Sanders has lost his provisional Dakar Rally lead for the second time in three days after a change to the Stage 3 classification.

The Australian is still the stage winner on the provisional results issued a short time ago, at 21:40 local time/05:40 AEDT, but by a margin of just 1:07s over Mason Klein (BAS World KTM).

The latter is thus the overall leader with a 1:48s gap to Sanders, whose total event time remains unchanged relative to that reported earlier.

With no penalties report yet issued, the reason for the change is unclear.

The Clerk of Course had advised of an adjustment of the stage classification due to the need to stop the race as a result of the unavailability of the rescue helicopter for the Bikes and Quads competitors.

However, the first 43 competitors to reach the finish line kept their time.

That Clerk of Course notification reads as follows:

Due to the impossibility of intervention of the aerial rescue means (helicopters) dedicated to the stage of Bikes/Quad, the race was stopped.

The Race Direction has decided the following:

For the Rally GP, Rally 2 and QUAD categories:

Klein had initially been classified 6:59s slower on the stage.

Despite no longer being classified overall leader, Sanders will still have to open the road on Stage 4 given he remains the Stage 3 winner.