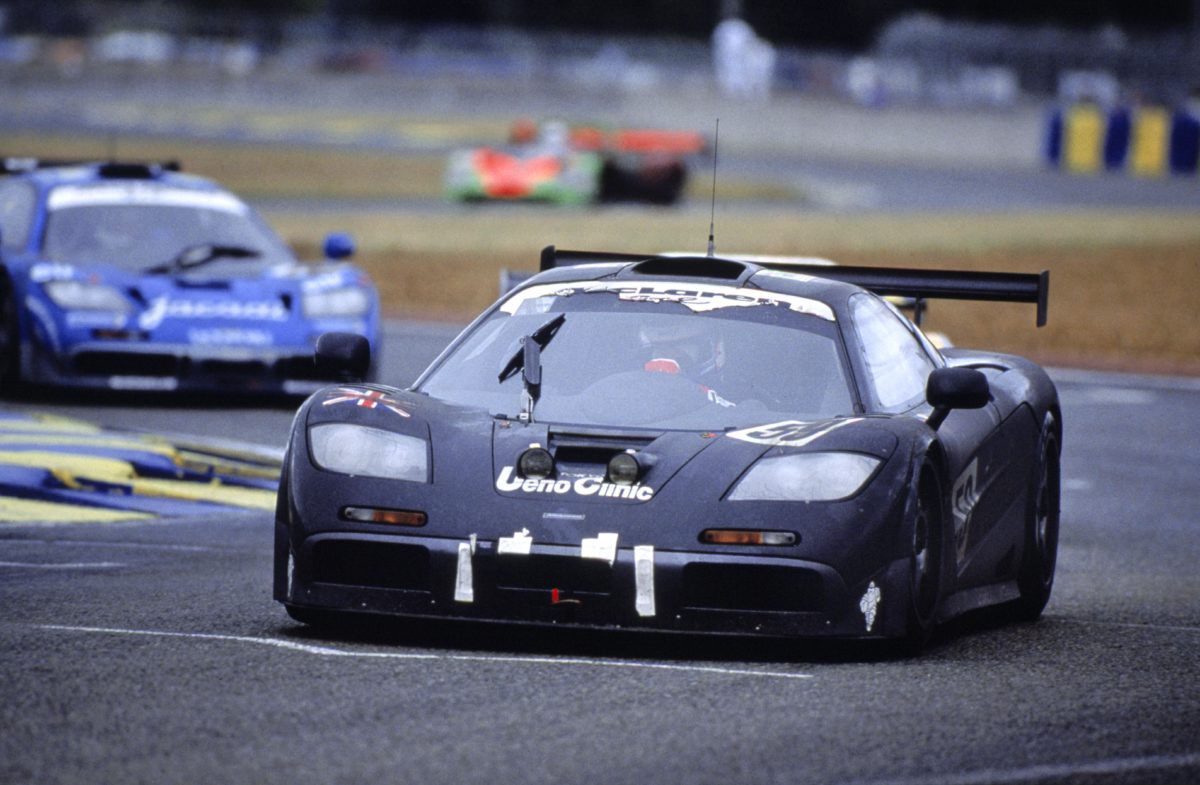 McLaren could return to WEC in coming years, having won Le Mans in 1995 with the F1 GTR

McLaren continues to eye off a World Endurance Championship entry, but only once it beds in its various other racing programmes.

The Woking-based organisation will already be competing in four categories across at least two disciplines of motorsport this year, including its flagship effort in Formula 1.

However, it is also the majority owner of the newly renamed Arrow McLaren IndyCar Team, debuted in Extreme E last year and will join Formula E in 2023 having bought the former Mercedes factory squad.

WEC, and hence a return to the 24 Hours of Le Mans, has been talked of for multiple years now, although has never been committed to.

However, according to McLaren Racing CEO Zak Brown, it is probably now “a matter of when not if”.

“It continues to sit on my desk, near the top,” he told Speedcafe.com as part of the KTM Summer Grill series.

“It’s something we definitely want to do, so I think it’s a matter of when, not if, but there’s a lot that goes into a big decision like that.

“So, we need to make sure the timing is right to where we can take on another big project because it’s very competitive.

“You know, I got Indianapolis 500 wrong in 2019 by not coming in as prepared as I thought, so those wounds still hurt.

“The desire is to get into sportscar racing, for sure, and it’s just a function of when we can fit it in, in a way that we feel we’re ready to take on the challenge and not compromise our other activities, and we’ve got a lot of activities going on right now.”

WEC is experiencing an upturn in participation with the advent of new Hypercar rules, and now LMDh, after a period when Toyota was effectively engaged in a one-horse race in the top class of the competition.

For McLaren, there would seem to be significant road car synergies given the market segment in which it operates, and Brown confirmed that a move into the championship would also be contingent on its Automotive business.

Notably, McLaren Group is reportedly in talks about a multi-million-pound capital raising exercise to bolster McLaren Automotive, which will affect the timing of a WEC programme.

“If we go to Le Mans, our intent would be to do it with our automotive brother, if you like,” added Brown.

“The CEO, Michael Leiters, who’s just joined us from Ferrari, is passionate about racing and what sportscar racing can do for our automotive brand, so there’s definitely an element of not only McLaren Racing being ready, but McLaren Automotive being ready.

“We’re going through some economic restructure on the Automotive business – the Racing business is all set – so that definitely factors into our timing and our decision-making.”

While the involvement of minority shareholders Sam Schmidt and Ric Peterson is unchanged, the ‘SP’ has been shed from the name, as staff and media were advised last month.