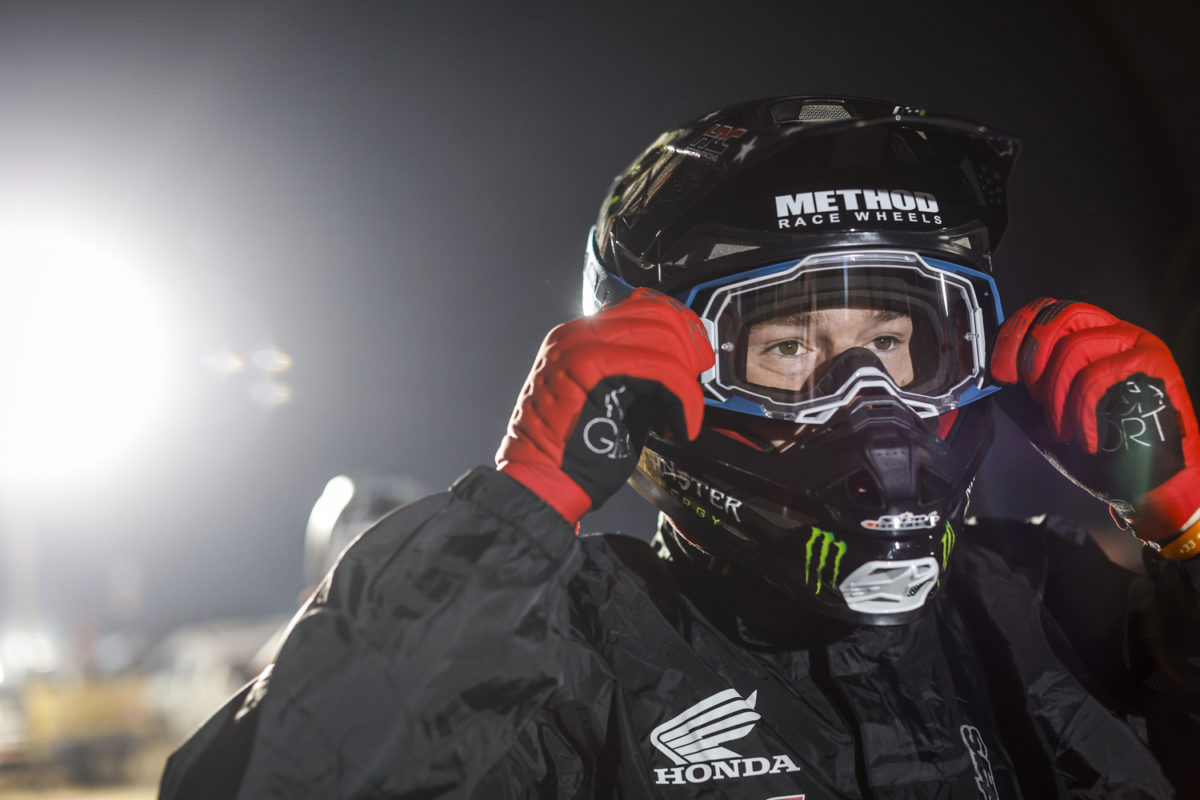 Ricky Brabec is out of Dakar 2023 after a Stage 3 crash. Picture: Julien Delfosse/DPPI/ASO

Ricky Brabec has been cleared of serious injury after a crash on Stage 3 of the 2023 Dakar Rally sent him to hospital with concerns about his neck.

The 2020 Dakar champion went down 274km into a rain-affected special between Al Ula and Ha’il, having been vying with Daniel Sanders and Mason Klein for stage honours until then.

He was advised as having “injuries to his neck” via official event timing, but there is now encouraging news from the Monster Energy Honda Team.

“The first American to win the Dakar Rally, back in 2020, has suffered a fall after 274 km of the special stage,” read its post-stage release, in part.

“He was rescued by helicopter and is safe at the local hospital.

“After all exams, the medical staff at Ha’Il hospital confirms he has no fractures or other severe condition.

“For precaution, he will remain under observation for another 24 hours, but his condition is good.”

Team General Manager Ruben Faria, himself a runner-up as a rider in 2013, said, “I want to leave a special word to our rider Ricky Brabec, who had to leave the rally after a crash.

“Monster Energy Honda Team is proud of him and thankful for all his efforts.

“He is a great rider – for sure one of the best – and a good person. So we wish him a full and speedy recovery!”

Brabec is the second champion to crash out in three days, joining Red Bull GasGas’s Sam Sunderland on the sidelines.