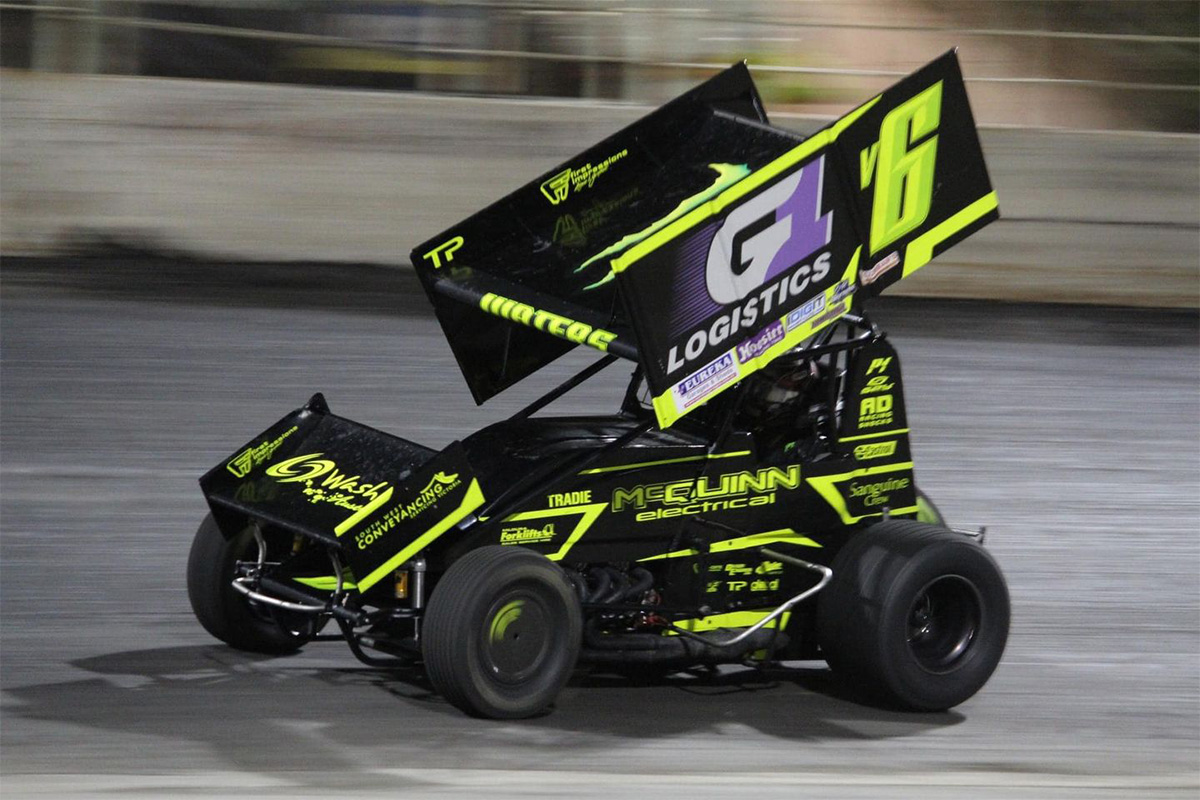 Cam Waters feels all the elements of his summer speedway campaign are “coming together” after his latest outing at Premier Speedway in Warrnambool, Victoria.

The Tickford Racing Supercars driver is currently taking part in his third consecutive sprintcar programme over the Supercars off-season.

He took to the dirt aboard his Chief Racing car in rural Victoria on New Year’s Day, before another event at Warrnambool on Monday night.

It came after his speedway return in December was marred by a crash.

Having gone from the back of the grid in the A-Main to finish 11th on January 1, the Mildura native improved vastly in last night’s showing.

In the 50-car field, he started from third for the Victorian 410 Sprint Car title A-Main, winding up sixth at the end of the 30-lap affair.

“We had a pretty good night,” Waters told Speedcafe.com.

“Last night we time trialled quickest which was really cool and kind of set up our night.

“When you time trial quickest you start sixth, so they invert the top six for your heat.

“Managed to get my way up to second which put us third on points and then they do track prep before the finals.

“We lost a couple of spots at the start and managed to run front six; pretty cool to be running up the front with all the good guys.

“It’s a really good experience and each time I drive it I am getting a bit better and up the front.

“I learnt a heap last night racing up the front with the way the track was as well.”

Waters is stoked with the progress thus far amid all the challenges.

“Third season in the car and they’re just totally different to everything else I’ve ever driven,” he added.

“I’ve done a fair bit of speedway and driven the asphalt cars but the sprint cars are very unique cars.

“It’s taken me a little bit to work out what to do with a new team as well, so there are all different pieces of the puzzle which have to come together.

“There are so many different elements that you need to learn driving a sprint car and setting it up, and then obviously the speedway tracks.”

Fellow Supercars driver, Shane van Gisbergen, is also taking part in a speedway campaign of his own over in New Zealand while former Supercars champion Scott McLaughlin has an ownership stake in Hodges Motorsport team, which saw World of Outlaws star James McFadden post his first win in Australia on December 30.

Waters expects his next speedway event will be at the end of January at Avalon Raceway, Victoria.