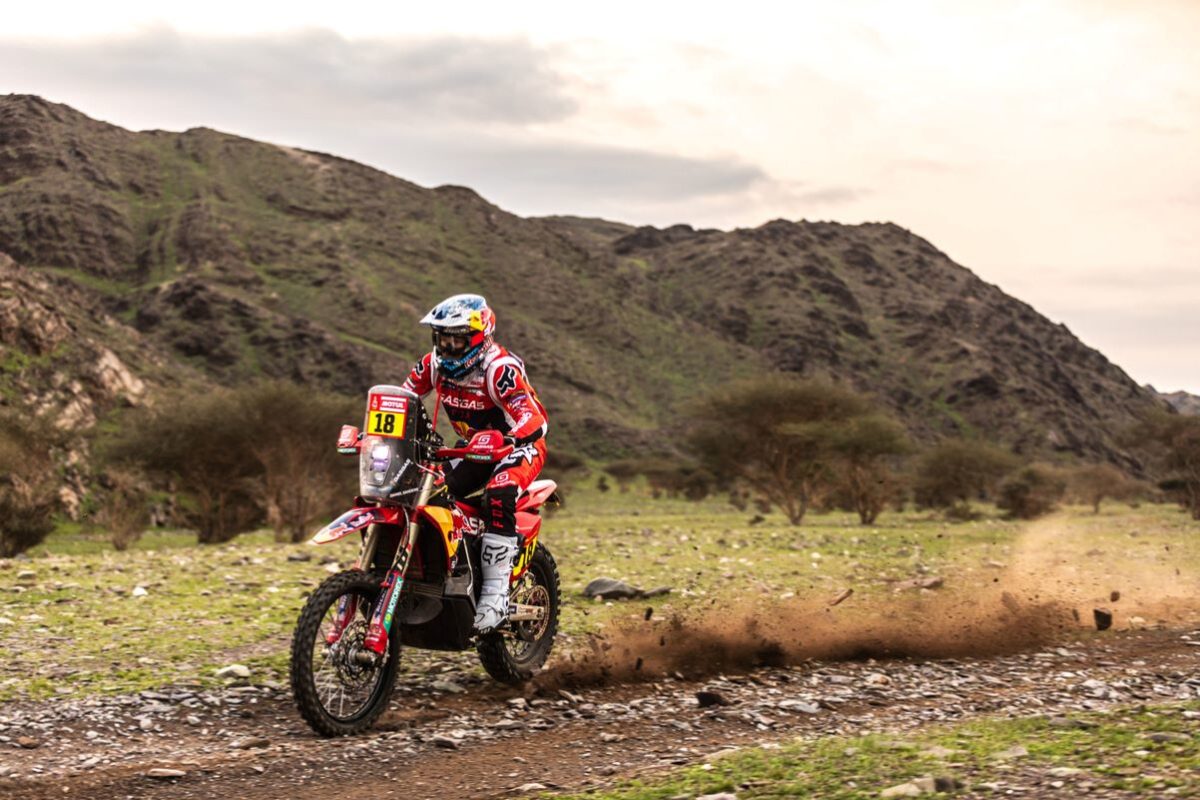 Red Bull GasGas Factory Racing’s Daniel Sanders has moved into the overall lead of Dakar 2023 with a sizeable win on Stage 3 of the event.

Sanders had provisionally won the first stage proper before being hit with a speeding penalty and then strategically gave up the victory on Stage 2.

That decision gave him a more favourable road position for the 447km special between Al Ula and Ha’il, from which the Australian converted.

He was among the quickest throughout a special which featured a mixture of sand and gravel tracks, and enjoyed a winning margin of 5:23s over Red Bull KTM’s Kevin Benavides and 56 seconds more to Skyler Howes (Husqvarna Factory) at the finish line.

The 28-year-old’s advantage atop the overall classification is 4:04s, with previous leader Mason Klein (BAS World KTM) now in second place and Benavides another 49 seconds back in third*.

UPDATE: A change to the stage results means Sanders drops to second in the overall classification

UPDATE 2: Sanders restored to overall lead due to amendment of results

Klein was first onto the road by virtue of his win on the day prior and the new opener bonus meant he was still the official leader at Kilometre 240 of a stage which featured some light rain and puddles.

However, that compensation for the burdening of blazing the trail ends at 240km, yet the American continued to cede time on the road relative to his key rivals.

The 2020 Dakar champion’s hopes of a second title this time around are now over, with Brabec taken to hospital for checks having injured his neck.

Klein would finish fourth on the stage, one position and officially 40 seconds behind compatriot Howes, who also benefited from opener bonuses.

In the overall classification, it is Sanders, Klein, Benavides, and then Howes at 8:35s from the lead, followed by Barreda Bort in fifth as the Spaniard perseveres with a fractured big toe after hitting a rock on Stage 2.

Stage 4 is a sand-heavy loop around Ha’il where navigation will be key, with action to recommence tomorrow afternoon (AEDT).