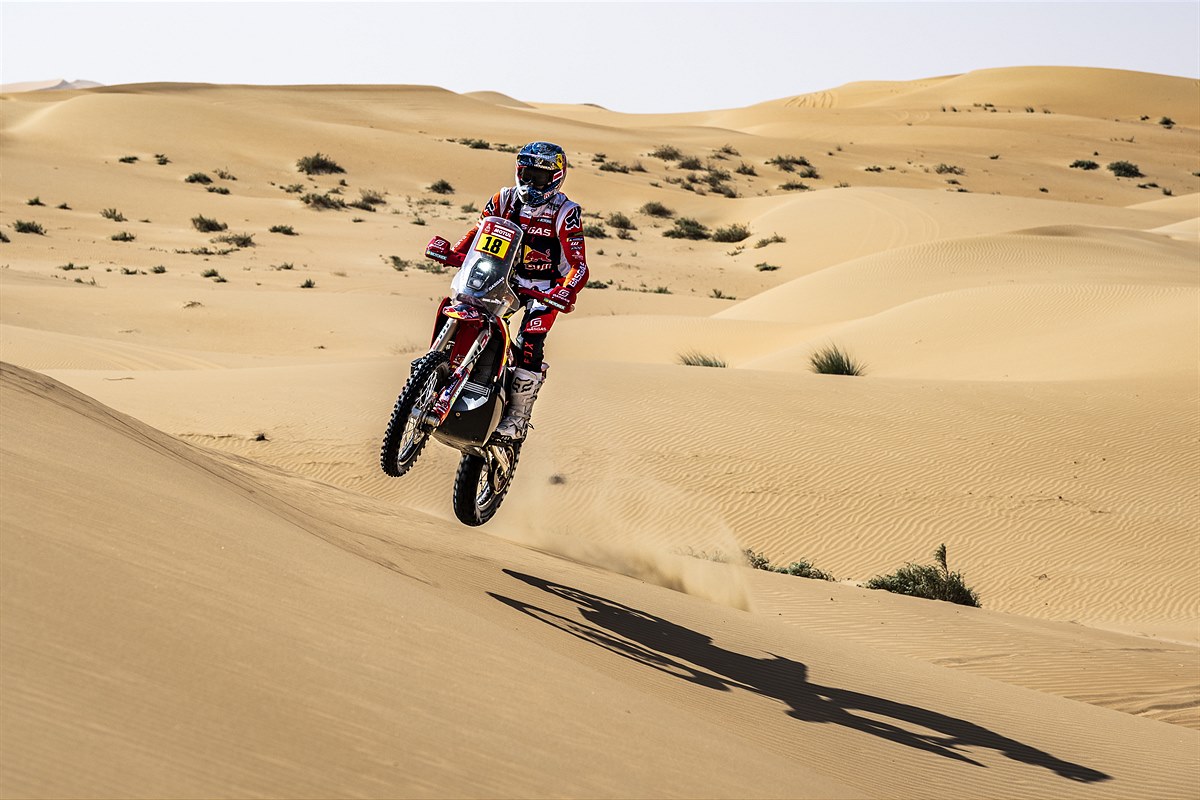 GasGas’s Daniel Sanders says that he deliberately avoided winning Stage 2 of Dakar 2023 given the prevalence of dunes on the following day.

The Australian was fastest to the penultimate, Kilometre 386 waypoint, by a 56-second margin over Mason Klein (BAS World KTM), but dropped to ninth in the stage classification once the Bikes field reached the finish line 44km later.

The Dakar Rally has implemented a system of opener bonuses this year to compensate riders who have the dubious honour of being among the first onto the road.

However, Sanders was still not interested in a victory at this early point of the event, even if he is now fifth overall at 2:55s off the pace rather than on top of the standings.

“It started off really well and made a lot of time up by the first refuel and then at the second one I had a lot of time.

“I decided to slow down a bit because I know that tomorrow is going to be a really tough stage and a big day so I didn’t want to win, even though the opening bonus is in there.

“It’s too early in the race and I thought I would just slow down a bit and have a little picnic again.

“I waited a few minutes and then I came across the line so far in fifth, and hopefully a few more fast guys come in behind this and keep pushing, so it should give me a good starting position for tomorrow.”

The 589km journey from the Sea Camp to Al Ula, which included a 430km special, was among the toughest in recent memory for many competitors.

Despite pre-stage talk that matters would be decided in the dunes, most found the course to be very rocky, with dampness early on due to rain.

For Sanders, however, his biggest drama was a literal thorn.

“I had one long thorn go into my arm and it stuck in there, I think, so that was pretty painful.

“[The stage] was just, like, longer than we thought. I was pushing a lot at the start to make up a lot of time and it was working, and then I knew we still had 200km to go, so I backed off a little bit and sat back for tomorrow and just start back in the pack.

“There’s no point – it’s only the second day – to push and risk a lot, just for opening tomorrow where anything can happen.”

Klein won Stage 2 and is now the overall leader, by a 1:41s margin over Red Bull KTM’s Toby Price.