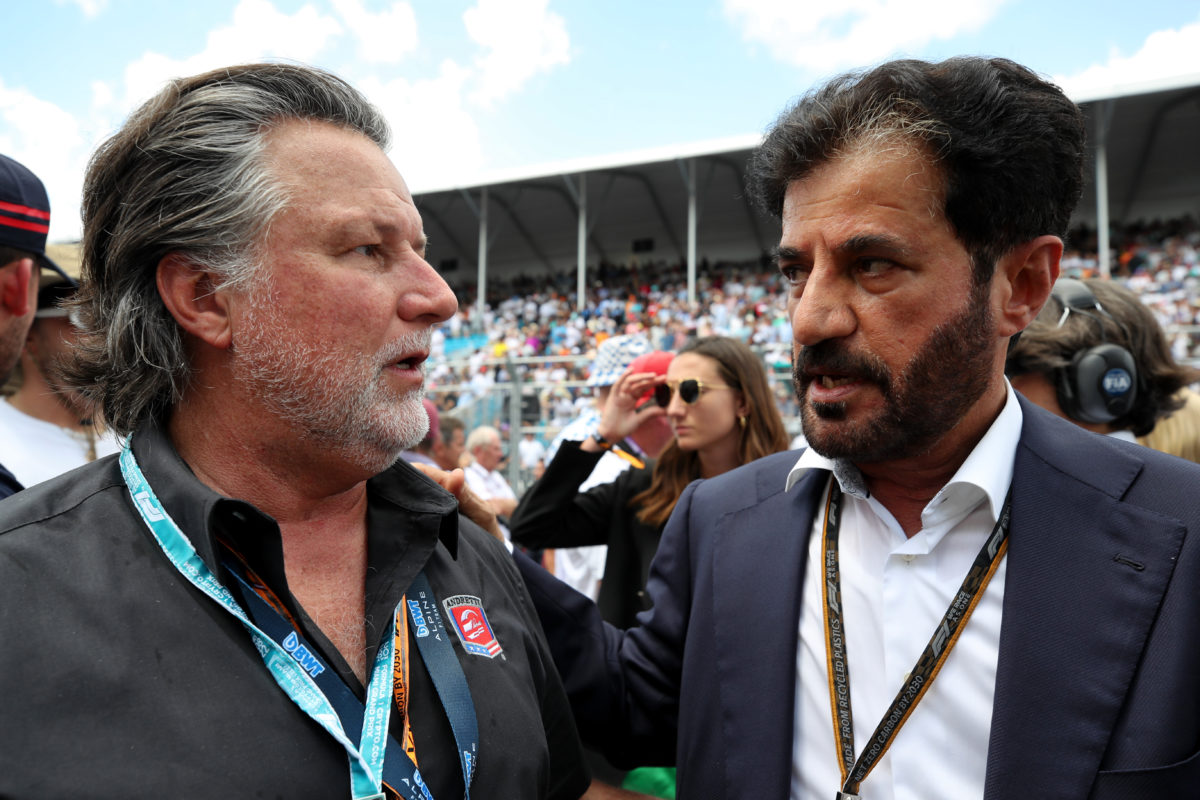 The FIA could introduce a formal expression of interest process for prospective new Formula 1 teams.

The move was announced by way of a tweet from the account of FIA President Mohammed Ben Sulayem, at a time when Andretti Autosport is apparently active in attempting to join the grid.

“I have asked my FIA team to look at launching an Expressions of Interest process for prospective new teams for the FIA F1 World Championship,” reads the tweet in question.

Michael Andretti was close to buying what is currently known as Alfa Romeo Sauber last year, until the deal fell through when the parties could not reach an agreement on control of the team.

The Hinwil-based operation has since inked a deal to become Audi’s factory team when new engine regulations take effect in 2026, leaving Andretti to try and find another way to join the championship.

However, the idea of starting a new team from scratch has been met by resistance from the incumbents, given the dilutionary effect which such an endeavour would have on revenue.

The F1 grid has been comprised of 10 teams since Manor Racing’s parent company collapsed ahead of the 2017 season, and hence the addition of another would, on average, cost the existing squads 9.1 percent of their prize money (even before accounting for the prospect of losing championship positions).

A provision exists for a $200 million anti-dilution fee should a new entrant be accepted into the championship, but that is a one-time payment.

In the meantime, Andretti has opened the purse strings on a massive new factory in Indianapolis which will house the day-to-day operations of its IndyCar, Indy NXT, and IMSA teams, as well as commercial functions for Formula E and Extreme E, and its technologies business.

Speaking at the groundbreaking ceremony last month, the driver-turned-team boss implied that he wanted a Formula 1 team to also run from the new headquarters, and expressed hope of news on his attempt to enter the world championship “in the next couple weeks”.

Where that project is up to is unknown, although Andretti does have personal support from Ben Sulayem, making the FIA President’s latest tweet even more significant.

Notable also is that F1 will race in its home country three times this year, with the Miami Grand Prix in May, the United States Grand Prix itself at Texas’s Circuit of The Americas in October, and the Las Vegas Grand Prix in November.