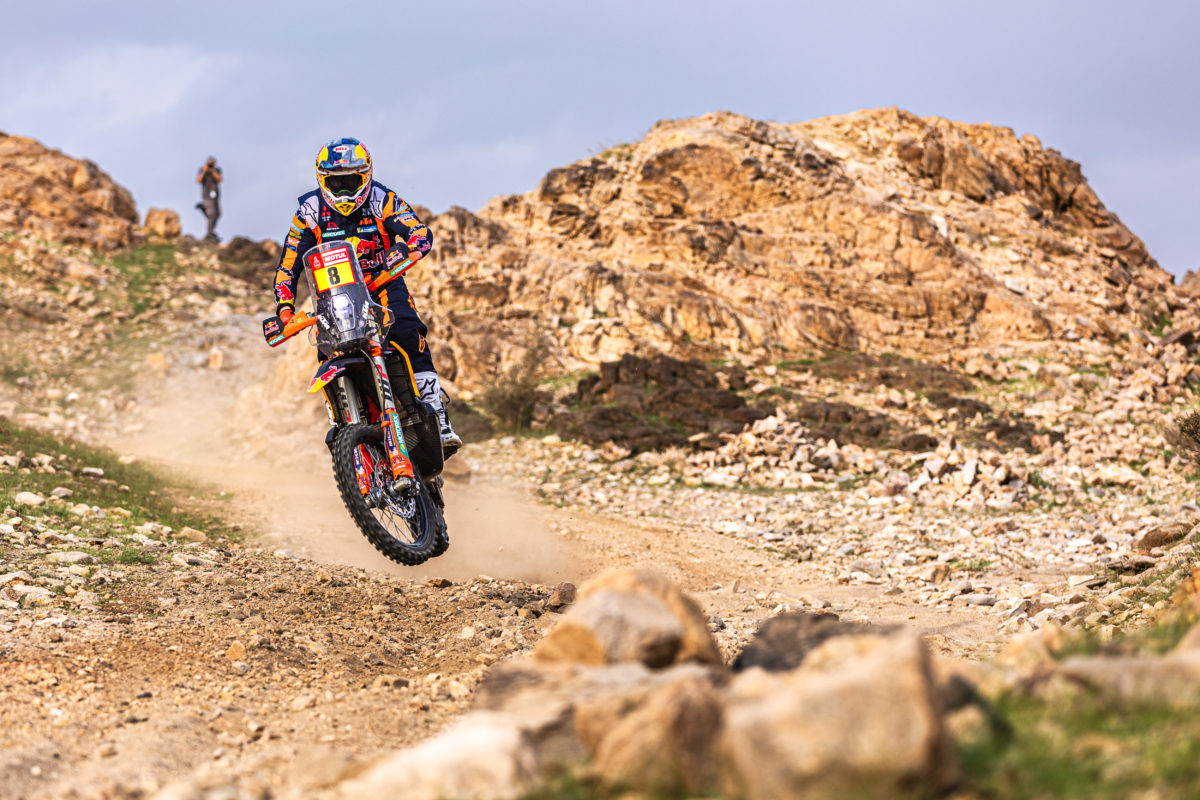 The Australian won the Prologue and now sits third overall, 39 seconds off the pace, although that deficit would have been two minutes greater if not for Daniel Sanders’ (Red Bull GasGas) penalty.

Sunderland, however, has already missed his second chance of back-to-back Dakar crowns after breaking a shoulder blade in a crash just 52km into the first stage proper.

“Stage 1 has gone okay for me,” said Price, himself also a two-time champion of the event.

“I saw Sam had crashed out at around kilometre 70, and it’s never good to see one of your mates go down like that.

“After that, I just focused on my road book and made sure I didn’t make any big mistakes on the way to the finish.

“It’s a long race and we have a very long way to go. My goal right now is to say safe and consistent.”

Wild day with my good mate @Sundersam crashing, hope your ok buddy and going to miss you in the camper. Rest of the day was smooth and no big issues, at stage end we were 7th but a few penalties were given today and moved into 5th for the stage. Bring on day ✌️ pic.twitter.com/TpbnZqZ8Rt

The 2018 Dakar champion is now officially 5:26s back from the overall lead after he had 12:26s credited to his time.

“That was a really tough stage, especially as I haven’t raced for such a long time,” said Walkner, who had shoulder surgery last year.

“My day didn’t have a great start either after finding Sam crashed in one of the extremely rocky river sections. It’s never good to see a friend in a situation like that.

“I stayed with Sam until the medics arrived and after that I was just out there on my own.

“It was difficult to gauge my pace and so I aimed for a good solid finish.

“The bike is working really well; I just need to continue doing my best and taking each day as it comes.”