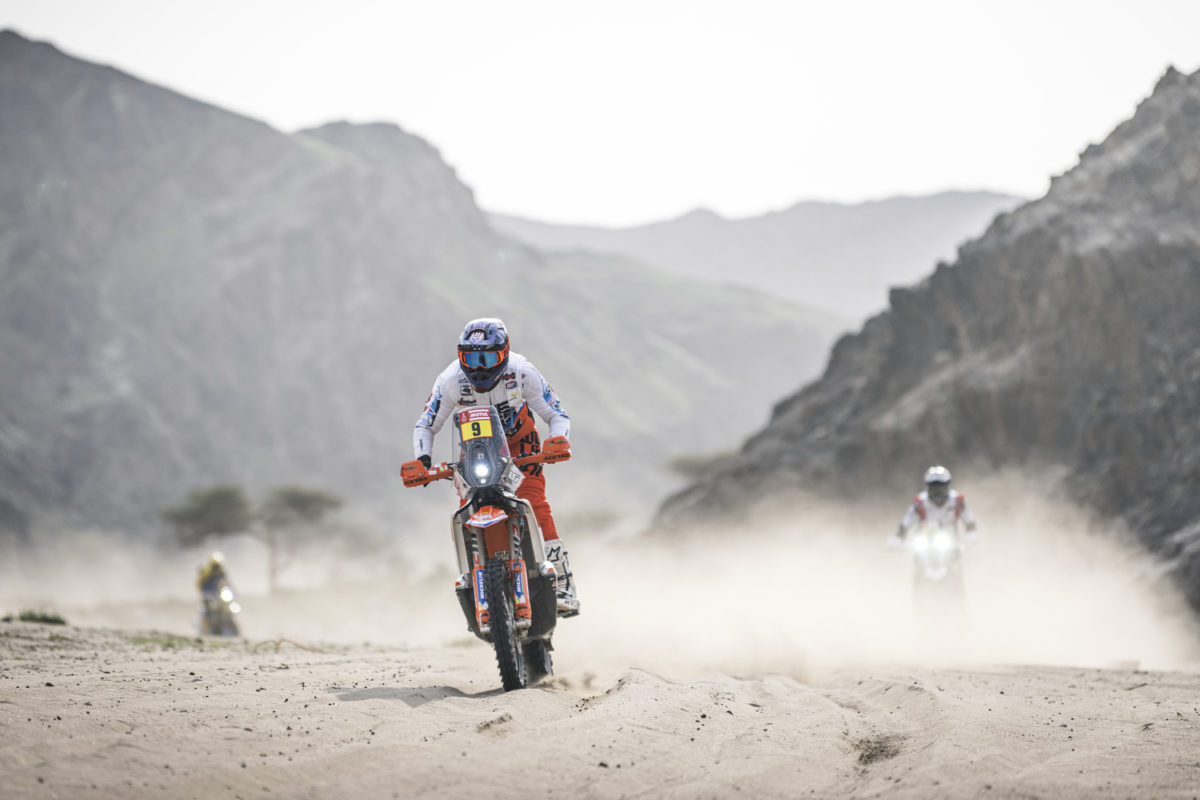 Mason Klein is the new Dakar Rally leader after taking out Stage 2 in the Bikes as fellow KTM rider Toby Price moved to second overall.

Klein (BAS World) was quickest on the 430km special from the Sea Camp to Al Ula, which featured canyons and then a chain of dunes, and now holds sway in the overall classification by 1:41s.

While Price is next-best, it looked like another Australian might be top of the standings at the conclusion of the second stage proper, namely Daniel Sanders.

The Red Bull GasGas rider was fastest or second-fastest at every waypoint up to and including Kilometre 386, where his margin was 56 seconds over Klein, but then dropped several minutes in the last 44km.

While a handful of Rally GP riders are still yet to reach the finish, it looks like Sanders will be classified ninth-quickest on the day, with the top five rounded out by Klein, Sebastian Buhler (Hero Motosports), Skyler Howes (Husqvarna Factory), Ross Branch (Hero Motosports), and Price (Red Bull KTM).

Overall, it is the United States’ Klein from Price, Joan Barreda Bort (Monster Energy JB Honda) at 2:03s off the pace, Kevin Benavides (Red Bull KTM) at 2:25s back, and Sanders in fifth at another 30 seconds in arrears.

Ricky Brabec (Monster Energy Honda) began Stage 2 as the overall leader but lost around 10 minutes by the halfway mark and recovered little of that.

Rally 2 competitor Michael Docherty (HT Rally Raid Husqvarna) threatened to pull off a major upset when he led at the first two waypoints and was only 27 seconds slower than Sanders to Kilometre 186, but drifted thereafter and was usurped by the majority of the Rally GP riders.

They will be heading through the canyons again when they embark on Stage 3, which includes a 447km special linking Al Ula with Ha’il.