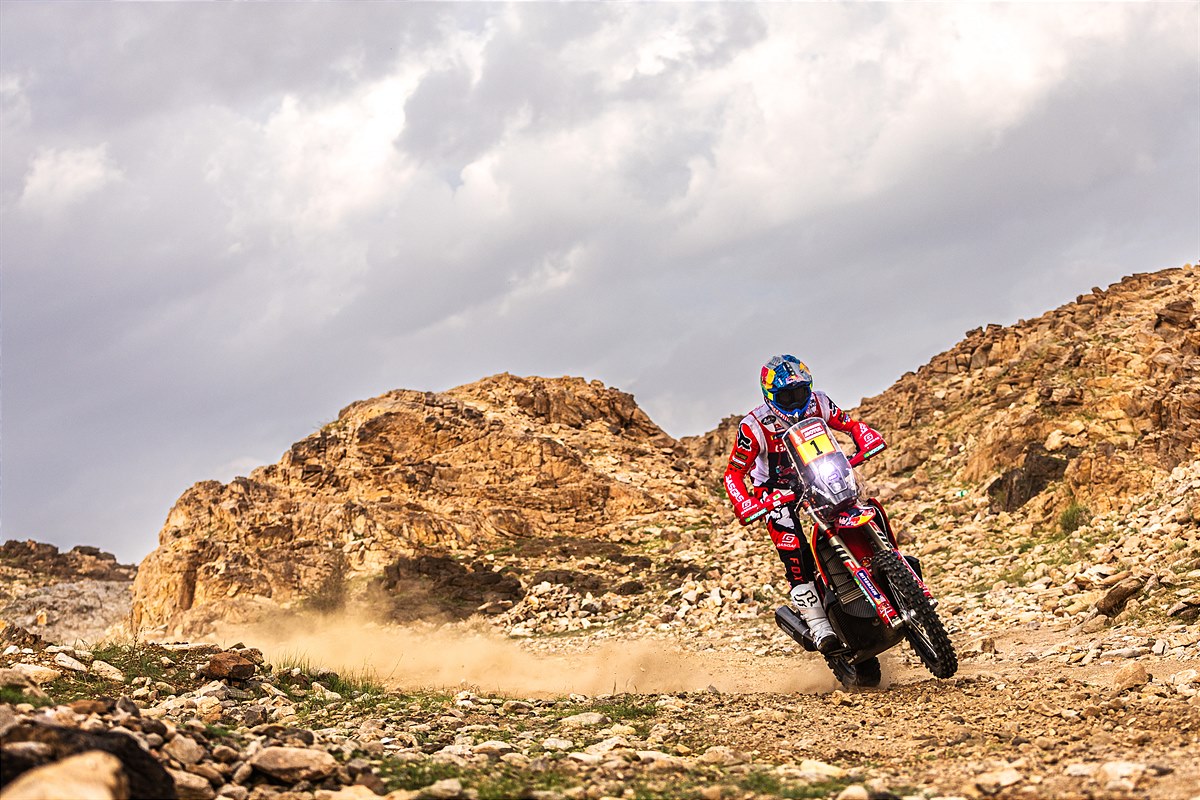 Sam Sunderland has been diagnosed with a broken shoulder blade and concussion after his crash on Stage 1 of the 2023 Dakar Rally.

The 2017 and 2022 Dakar champion went down just 52km into the special and was flown to hospital in Yanbu having “hurt his back”, according to official event tracking.

Just Daniel Sanders remains in the hunt for Red Bull GasGas Factory Racing, which has now provided an update on Sunderland’s condition.

Team Manager Norbert Stadlbauer said, “Unfortunately, Sam crashed out of the race today after hitting a rock around 52km into the opening stage.

“He’s broken his shoulder blade and has a concussion so his time here at the Dakar is sadly over.

“It’s such a shame that this has happened as I know he had high hopes of making it back-to-back wins and we are lucky that he was not more seriously injured.

“It’s disappointing for sure but this is how racing goes sometimes.

“We are really pleased with Daniel’s performance today after he was off the bike for so long.

“The team wishes Sam a fast and full recovery, and we look forward to the rest of the rally with Daniel flying the flag for Red Bull GasGas Factory Racing.” 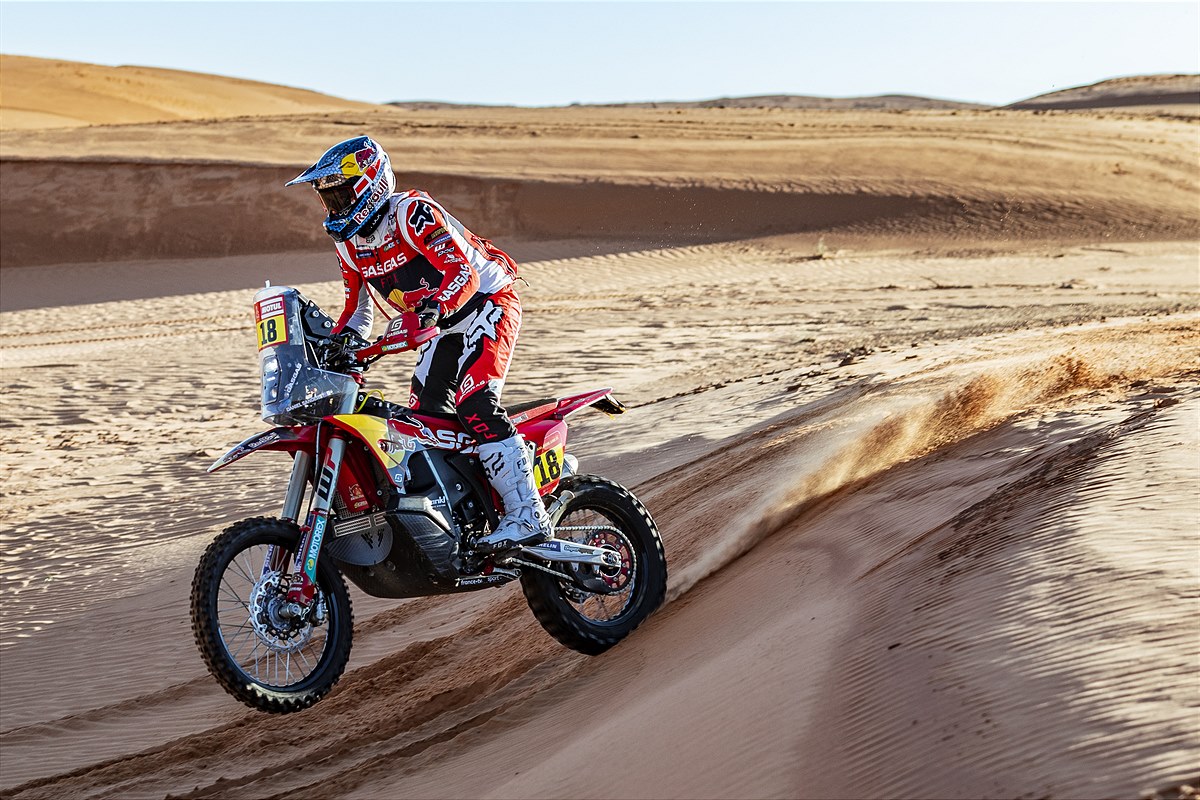 Sanders, in his first event back since he crashed out of Dakar 2022, was the provisional stage winner and hence overall leader before incurring one of 43 time penalties which were issued across the field, for speeding in a selective section.

“It was a long year without racing in rallies, so I got my rhythm back,” said Sanders after finishing Stage 1.

“I spent the first part of the day getting the lowdown on the bike, as I’d never ridden it before.

“I caught up with Kevin [Benavides] and we pushed hard together. I didn’t make any blunders.

“It feels good to be back, especially in the Dakar. I went under the knife several times this year, so I’m approaching the race with caution.

“It’s not always ideal, but I’ll do what I can to tackle one stage after another.”