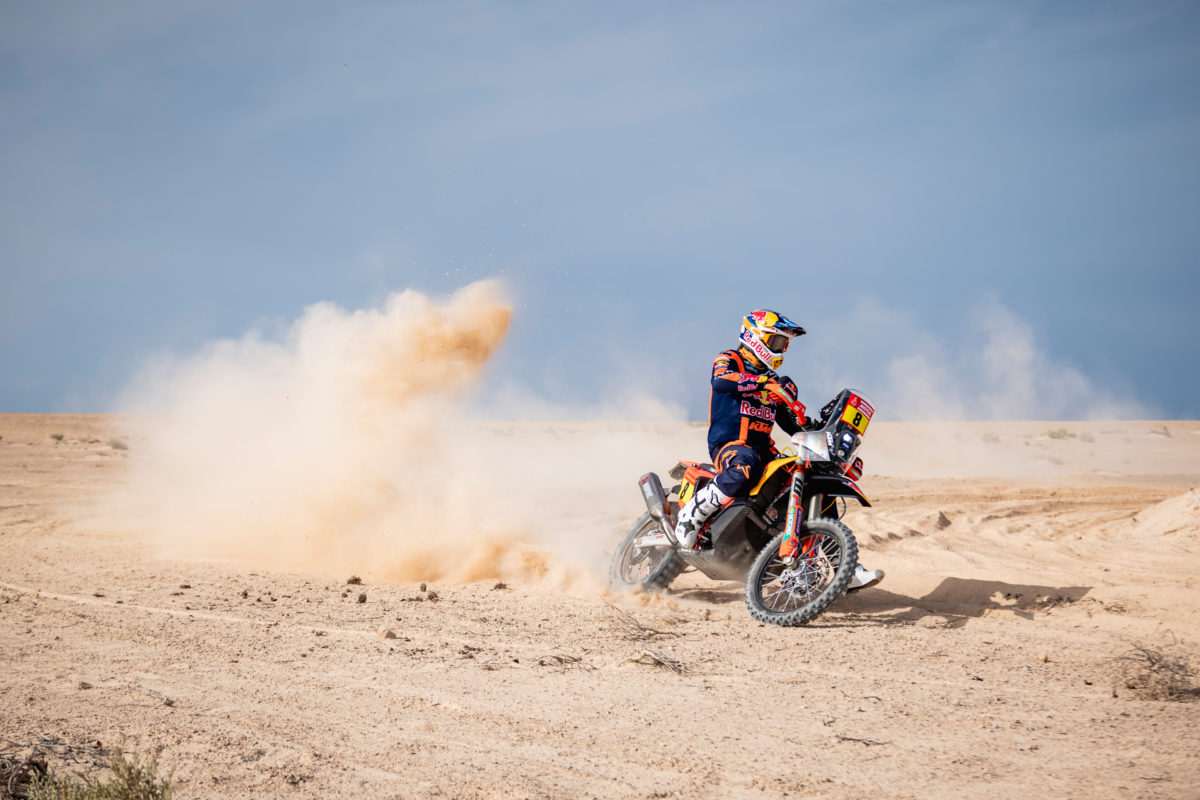 Toby Price was fastest in the Prologue at Dakar 2023

Toby Price has admitted to a level of anxiety about strategy after setting the fastest time in the Bikes Prologue at Dakar 2023.

The Red Bull KTM rider pipped fellow Australian Daniel Sanders to the fastest time along the 13km Sea Camp track by just one second, and hence gets first pick of road order for the first stage proper.

Generally speaking, opening the road is a disadvantage given that such a rider will blaze the trail for their rivals to follow, but that may not be the case at this Dakar.

In a new rule for 2023, the first three riders onto the road will be given a time bonus based on an ‘invisible’ waypoint between the start of the Selective Section and first refuelling point (largest for the first rider and smallest for the third rider).

The so-called ‘Opener Bonus’ applies to most stages, but not Stage 1 of the event.

“Last year, the strategy we had was basically completely the wrong direction of what I needed to do.

“It’s nice to win the Prologue today, but it’s not going guarantee you nothing.

“We’ll just stay on two wheels and have fun, and get out there and enjoy the desert.”

Price has won the Dakar Rally twice, but last year’s was the first that he finished without making it onto the podium in the final classification.

The Australian was classified 10th all-told at 49:20s behind the winner, GasGas’s Sam Sunderland, with most of that margin being ceded when he was among several to get lost on Stage 1B.

Price could start the first stage proper of Dakar 2023, which includes 367km of special stage running down the Red Sea coast, from as far back as 28th given there are 28 RallyGP riders (the top class) in the contest.