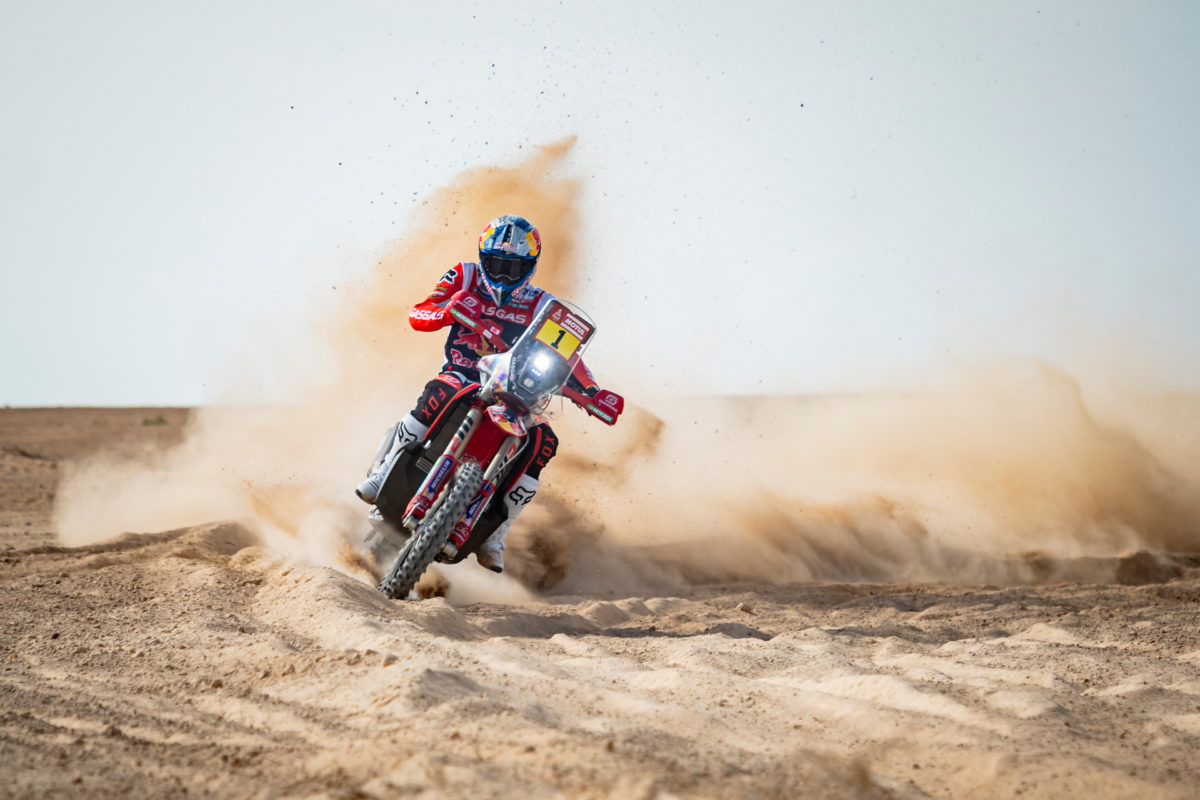 2022 Dakar Rally champion Sam Sunderland has crashed out of Stage 1 of the 2023 event and been flown to hospital.

The GasGas rider was 10th-fastest in the Prologue and began Stage 1, which includes a 367km special down the Red Sea coast from the Sea Camp, 22nd in the road order.

However, official event tracking reports: “The reigning motorbike champion crashed 52 km into the special and is receiving medical assistance.

“He is conscious and fully mobile, but he has hurt his back and has therefore been flown to Yanbu Hospital for further tests.”

Ironically, Red Bull GasGas team-mate Daniel Sanders had been a contender for victory in 2022 before he broke an elbow and wrist with a crash on the opening liaison of Stage 7.

Sanders was second-fastest in this year’s Prologue, one second behind fellow Australian Toby Price, with those two starting Stage 1 in 25th and 26th positions respectively in the road order.

It is another KTM rider, BAS World KTM Racing Team’s Mason Klein, who is setting the pace so far, with a 46-second margin on American compatriot Ricky Brabec (Monster Energy Honda) to the Kilometre 133 waypoint.

Price (Red Bull KTM) was 1:08s back from the stage lead in fourth at that marker, nine seconds clear of Sanders.

Sunderland crashed out of his previous event with the #1 plate, on Stage 4 in 2018, sustaining a back injury then also.