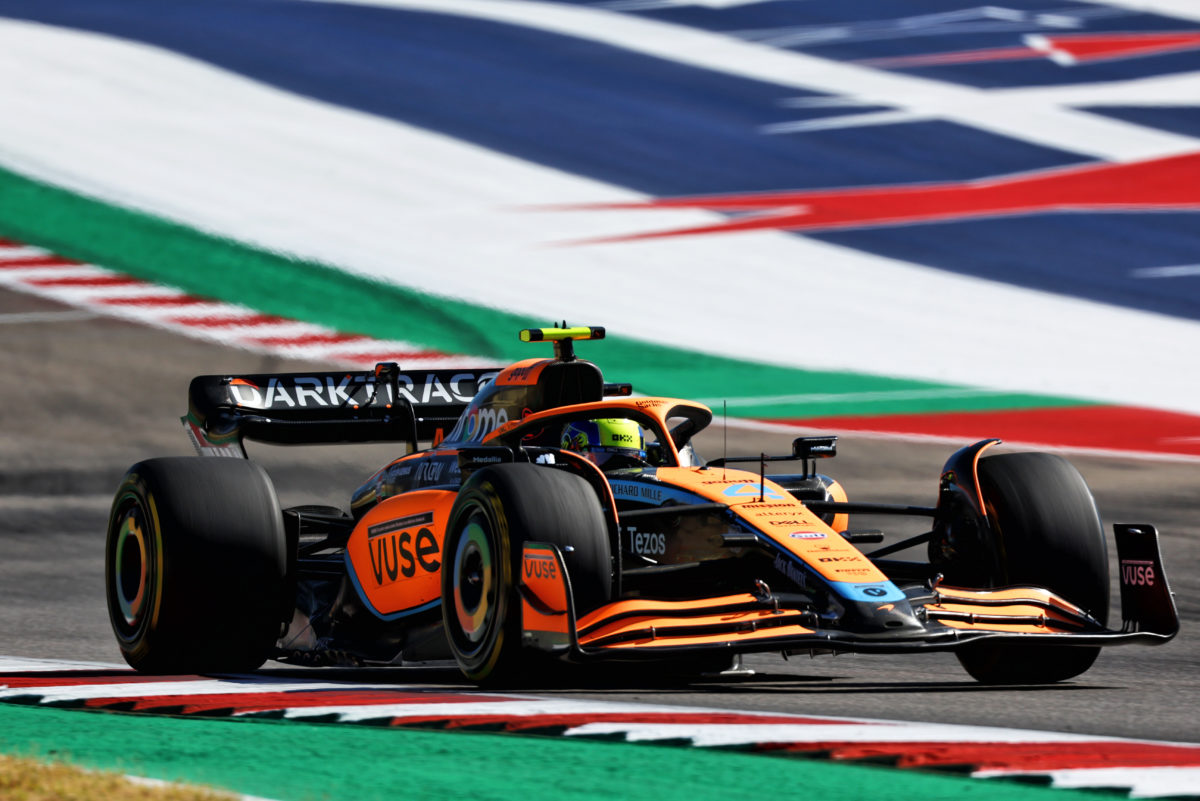 Zak Brown has outlined the McLaren aims for the 2023 F1 season. Picture: Coates

Being closer to first position and closer to Mercedes are McLaren’s two key aims for the 2023 F1 season, according to CEO Zak Brown.

The McLaren Formula 1 Team finished third in the 2020 World Constructors’ Championship but slipped to fourth in 2021 and fifth last year, 14 points behind Alpine.

Red Bull won that title in 2022 with 17 grand prix victories along the way, breaking an eight-year streak for Mercedes, which ended up third but 342 points up on Alpine.

The Silver Arrows are thus a benchmark for their Woking-based counterparts, not just because of their success over the past decade, but also because they supply McLaren’s engines.

Asked on the KTM Summer Grill what success for his team looks like in 2023, Brown said, “I think, closing the gap to the front of the field.

“We kind of have two data points that we pay most attention to. One is, how close are we to the team that’s winning?

“If that team is not Mercedes, our other data point – given what a great team Mercedes is, and we share the same engine – is, how close are we to Mercedes?

“So, those are our two primary data points from a competitive standpoint, and we want to be closer to them [in 2023] than we were [in 2022].

“Beyond that, it’s hard to set a very specific number to that.

“Of course, we’d like to get back up to at least fourth in the championship, but I think we’re going to need a little bit more of our technology in place to really be able to break into the top three.”

McLaren will field Lando Norris and Oscar Piastri as its race drivers this year.

The latter will embark on his rookie F1 campaign as a replacement for fellow Australian Daniel Ricciardo, whose disappointing two-year stint with the squad was labelled “a great mystery” by Brown.

Ricciardo is not likely to be on the grid in 2023, but has landed a Third Driver role with one of his former teams, Red Bull Racing.