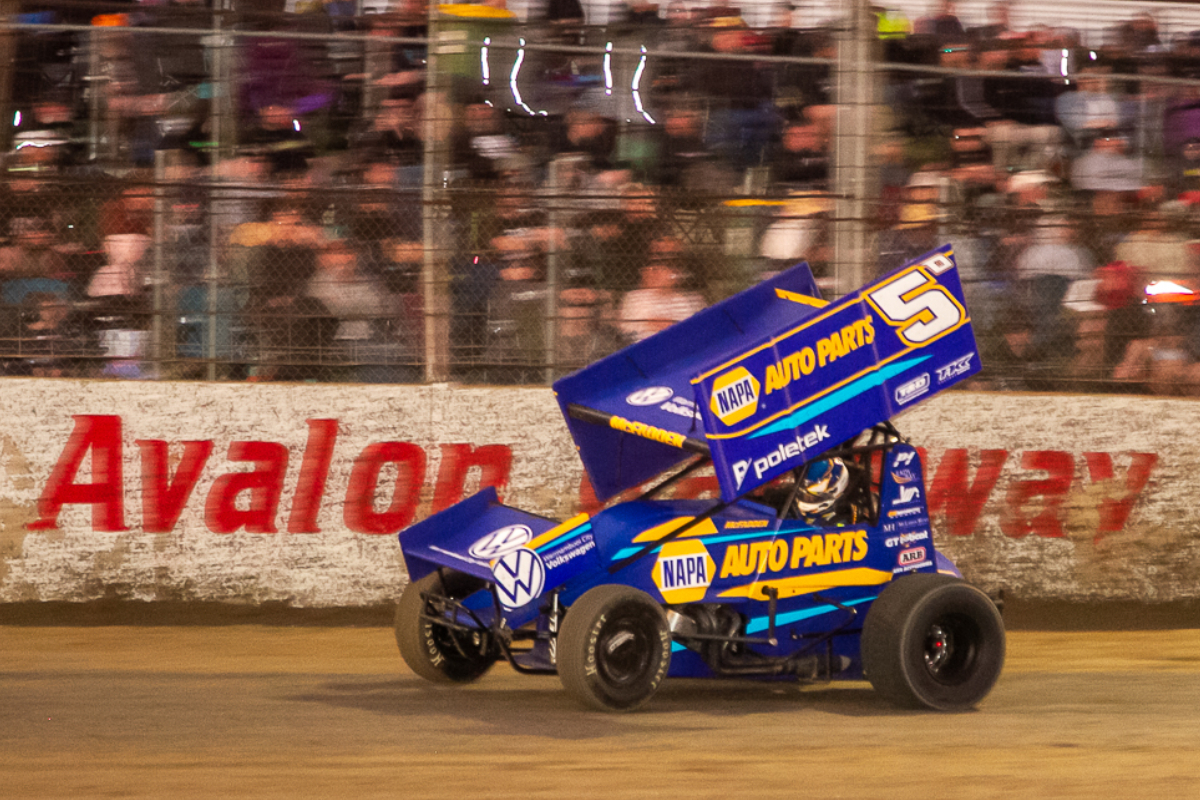 Scott McLaughlin is now a race-winning sprintcar owner after World of Outlaws star James McFadden broke through for his first win of the Australian summer last night at Avalon Raceway.

In just his third start for his new NAPA Auto Parts-sponsored Hodges Motorsport team, McFadden won a barnstorming third round of the popular Speed Week series.

In front of a thumping holiday crowd in Geelong, McFadden held off young gun Tasmanian, Max’s Race winner Jock Goodyer to win in a grandstand finish.

“It’s great for everyone involved with this new team to get the W after all the work they’ve put in,” McFadden said.

“This has been a hard process to get our heads around – a brand new car, a brand new chassis I’ve never driven, a new team and a new crew – and to now have three podiums from our first three starts is pretty impressive.

“And we’re running against the best in the country who are all at the top of their game – the likes of Goodyer and veal and McHugh are world-class, so this is bloody rewarding for all the #5 crew.”

“This is a great concept and I love that through this team we’re bringing so many more eyeballs to the sport,” McFadden said.

“It’s a thrill for Tim who has put this program together – I’ve never seen him so happy as he was after the race so it’s cool what we’re doing.

“And I love that Scotty has already been on the text congratulating us all – he’s just got back to the USA but it’s awesome to see how invested he is in what we’re doing here.”

McLaughlin has just returned to the USA and followed the race online.

“I’m just really, really happy for all the guys who are a part of this team who have now had this success,” McLaughlin said.

“Hodgey has put together such a cool deal, and to have J-Mac driving for us is so awesome – I have a man crush on him with the skill he has as a driver.

“Hopefully there’s more success to come especially at the end of January for the 50th Classic.”

McFadden returns to the track for the final round of Speed Week at Warrnambool’s Premier Speedway on January 1.