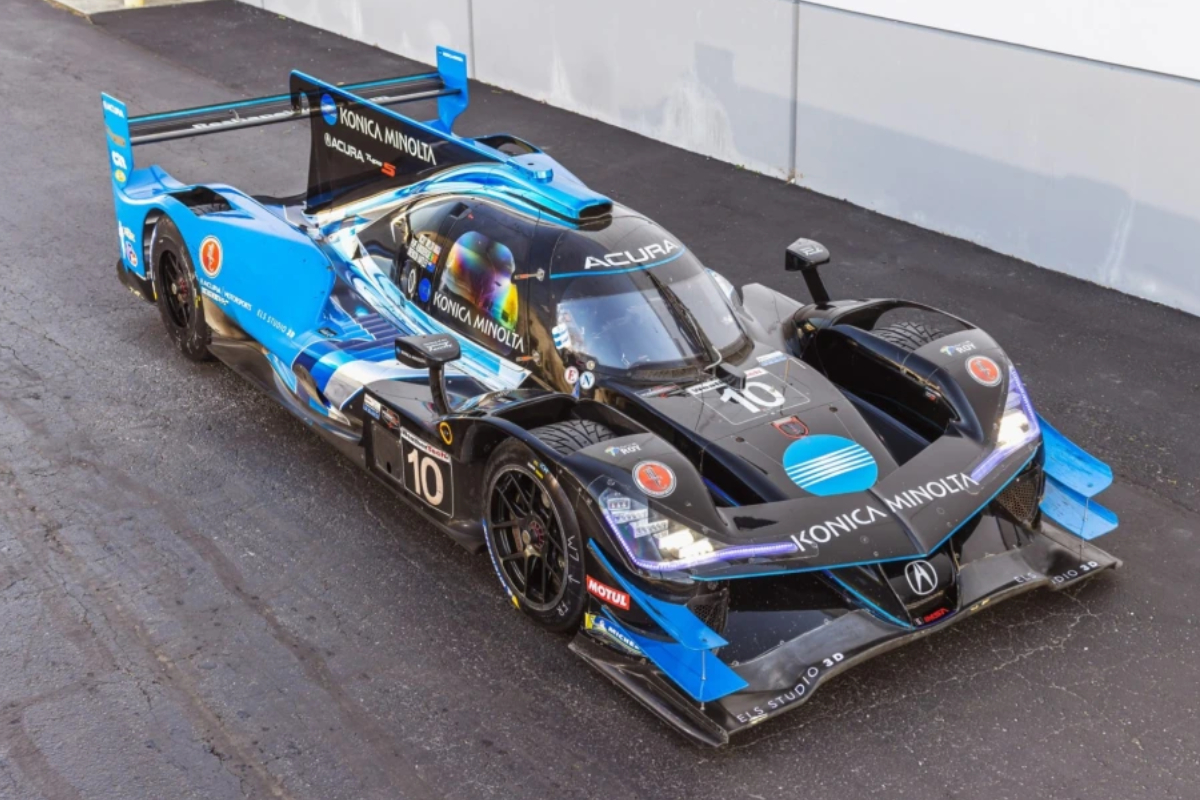 An Acura ARX-05 DPi that claimed four victories in the 2022 IMSA Sportscar Championship has been listed on an auction site – and subsequently passed in.

The #10 Acura ARX-05 campaigned by Wayne Taylor Racing in the 2022 season was seen listed on US site Bring a Trailer.

Assembled by the Indiana-based squad in 2021, the IMSA-spec Daytona Prototype international race car is powered by a twin-turbocharged 3.5-Litre V6 and consists of a six-speed sequential gearbox.

It’s seen carrying the black, silver and blue Konica Minolta livery it raced in during the 2022 season, following which it had clocked up 17,702km (11,000 miles).

The duo finished runner-up in the championship standings on 3,346 points.

While the race car attracted a bid of $563,000 before the auction period closed on Christmas Eve, it didn’t meet the reserve price sought by the vendor Honda Performance Development.

While the preferred price was not met Honda Performance Development, a subsidiary of American Honda Motor Co, expressed an interest in seeking a deal with the highest bidder.

“Thank you everyone for the interest, enthusiasm, and comments on this Acura ARX-05 DPi Race Car,” the vendor posted.

“We will be in discussions with the highest bidder to determine if a deal can be reached for this fantastic car.”

The 2023 IMSA Sportscar Championship season will commence with the 24 Hours of Daytona on January 28-29.