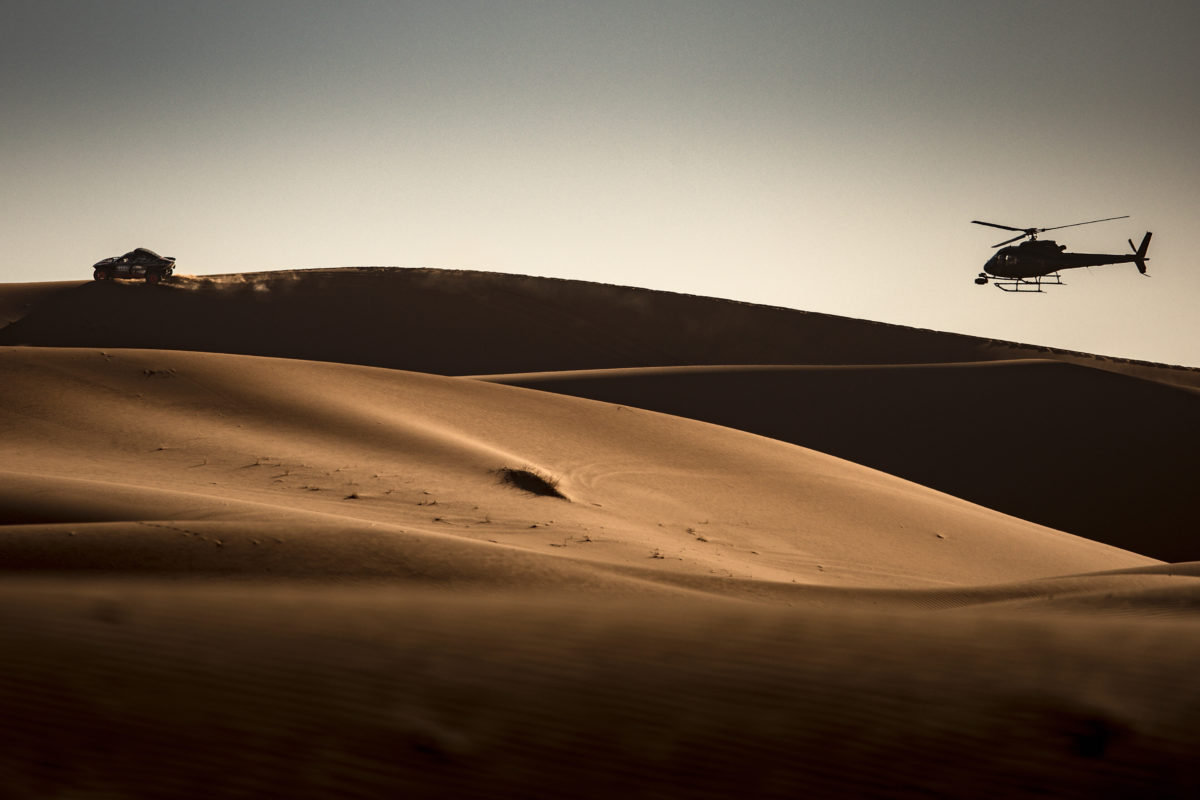 The 2023 Dakar Rally starts tomorrow (December 31). The 45th running of the legendary rally-raid event takes competitors through some of the world’s toughest terrain to end in Dammam, Saudi Arabia, on January 15, 2023, after around 8500km.

The first competitive drive on Day One is an 11km special stage yet is a mere shakedown that will determine the starting order for days that take in as much as 700km of the searing heat and wild terrain. (See the full 2023 Dakar route here). Classes include Bike, Quad, SSV (Side-by-side Vehicle), Car, Truck, Prototype and Classic categories.

Deaths of competitors, spectators and journalists, terrorist attacks and extreme weather have punctuated what is a remarkable challenge to even complete, yet alone win – they’re on top of driver error in brutal terrain, which can also be debilitating to the machines attempting to conquer it.

Some of the wildest Dakar events that have passed into legend include rally god Ari Vatanen, whose Peugeot 405 Turbo 16 was stolen overnight while he was leading the 1988 Paris-Dakar – to the almost unbelievable kidnapping of competitor Mark Thatcher, son of then-British PM Margaret Thatcher, in protest against the 1982 Falklands War. (Mark, his co-driver Anne-Charlotte Verney and mechanic Jacky Garnier were found with their Peugeot 504 in Algeria six days later).

The original 1977 event route ventured from the French capital across 10,000 kilometres to Dakar, the capital of Senegal and the most-western point on the African continent. The event moved to Saudi Arabia in 2020, having left Africa for South America on safety grounds.

The event was dominated by Citroen and Peugeot in the 1980s, then Mitsubishi with its Pajero. Stephane Peterhansel is the most successful Dakar competitor, having won it a total of 14 times across both motorcycle and car categories.

In 2023, the 57-year-old Frenchman is one of the drivers for the three-car factory-backed Audi team, which returns after its 2022 debut where it won four stages. Again, it will campaign the Audi RS Q e-tron E2, which combines a Formula E battery, electric powertrain with an internal combustion engine, with Spaniard Carlos Sainz hoping to take his fourth Dakar win with what would be his fourth manufacturer.

“The Dakar is like the 24 Hours of Le Mans, a race that only takes place once a year and you know that everything is on the line,” said Sainz, who also competes in Extreme E. “As the race gets closer, the days get longer and all of us in the team are looking forward to the start of the race. I admit that once I’m there, with a couple of days to go, I do start to feel the tension.” 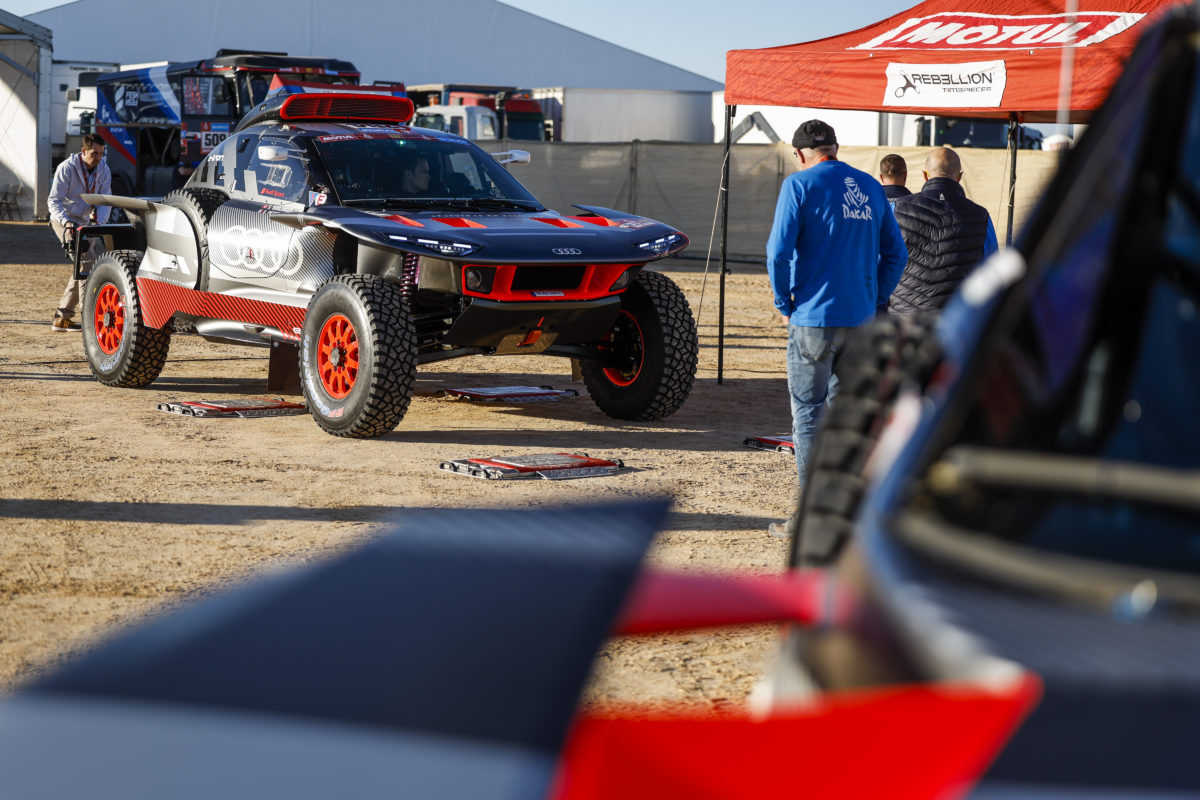 Winning the 2022 Dakar was GR DKR Hilux T1+ of Nasser Al-Attiyah and co-driver Mathieu Baumel, who return for Toyota along with Henk Lategan and co-driver Brett Cummings, and 2009 winner Giniel de Villiers from South Africa.

“We’ve had a stunning year building up to this race, starting with a win at the Dakar in January this year,” said TGR Team Principal Glyn Hall. “This was followed by the W2RC title, as well as the South African Rally-Raid Championship win, so we feel that we are extremely well prepared for the race. All I want now is for the flag to drop, so that we can go racing in order to see how our latest GR DKR Hilux T1+ stacks up against the competition.”

The Toyota pairing beat nine-time World Rally Champion Sebastien Loeb, who has finished second twice and will drive a Hunter T1+ for Prodrive operated Bahrain Raid Xtreme – forgoing a cameo at the opening WRC round in Monte Carlo. 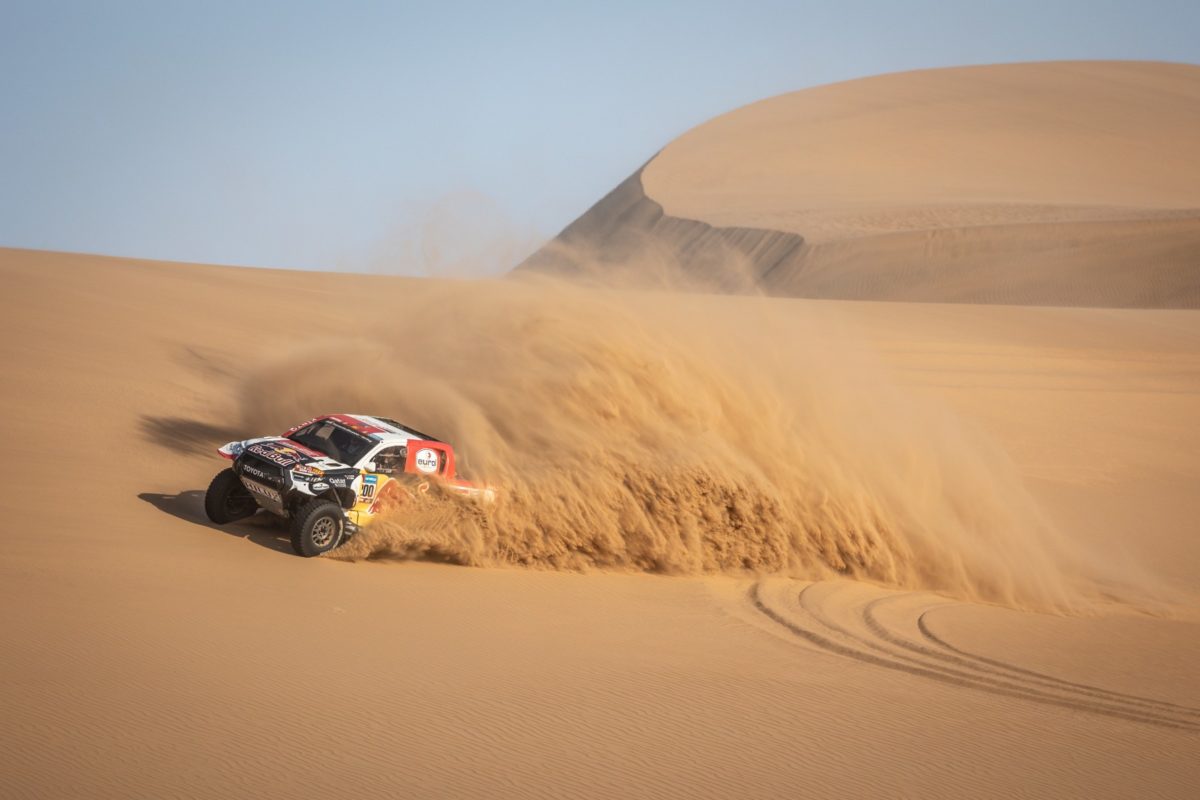 A number of Australians are competing in the event. Most well-known to Australians is Red Bull KTM Factory Driver, Toby Price, who is looking for his third outright victory. Price comes off the back off a tough 2022 Dakar and will be is joined at Red Bull KTM by Matthias Walkner and Kevin Benavides, also former Dakar winners.

“I’ve had five podiums at the Dakar, and I know I have the pace to win – everything just needs to come together and I’m sure I can be up there fighting for another title,” the Australian said. 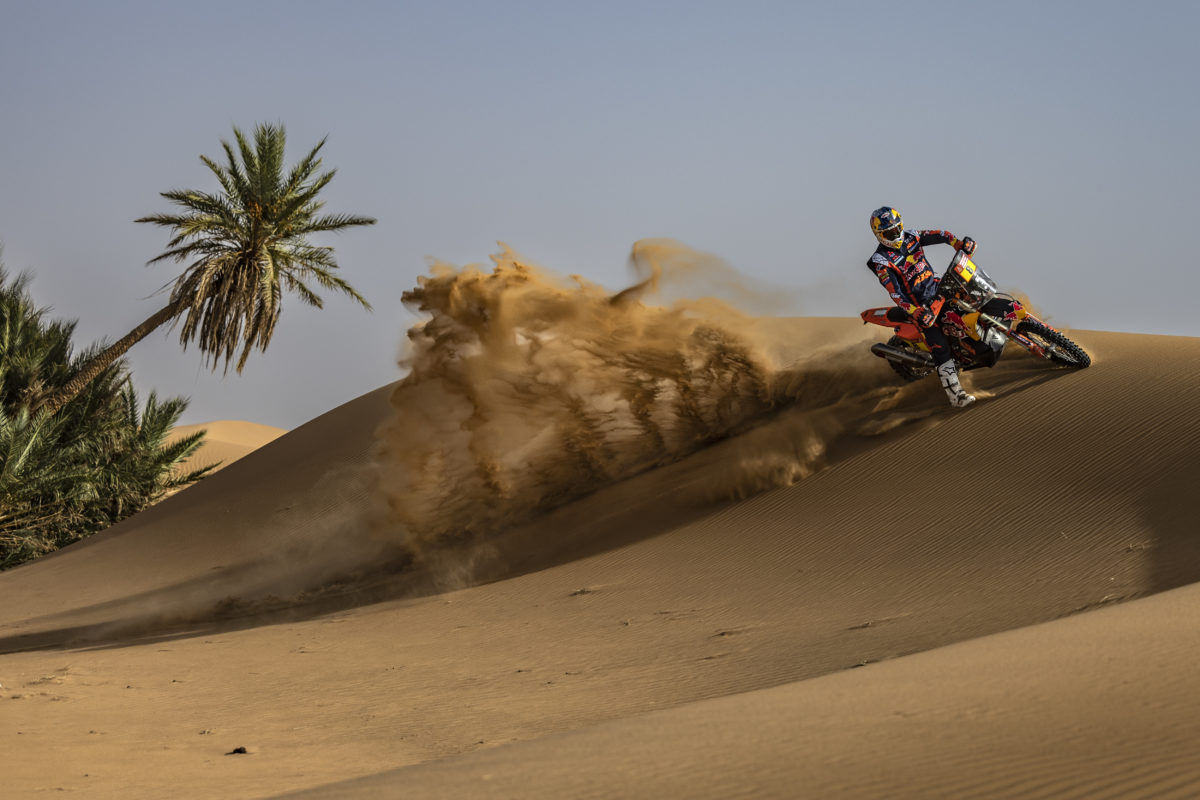 Yarra Valley-born Daniel Sanders has recovered from injury to compete in this third Dakar after winning multiple stages for Red Bull GasGas in last year’s event. The highest finishing rookie in 2021 with fourth overall, in 2022 he failed to make it to the end of the event. After the incident on Stage 7 that ended his run and saw him with a broken elbow and wrist, the Australian said that he was “Lucky to be alive.”

Sanders’ team-mate, Britain’s Sam Sunderland, won the bike category overall for the second time, showing what could have been – and that Sanders is a genuine contender for the win in 2023. 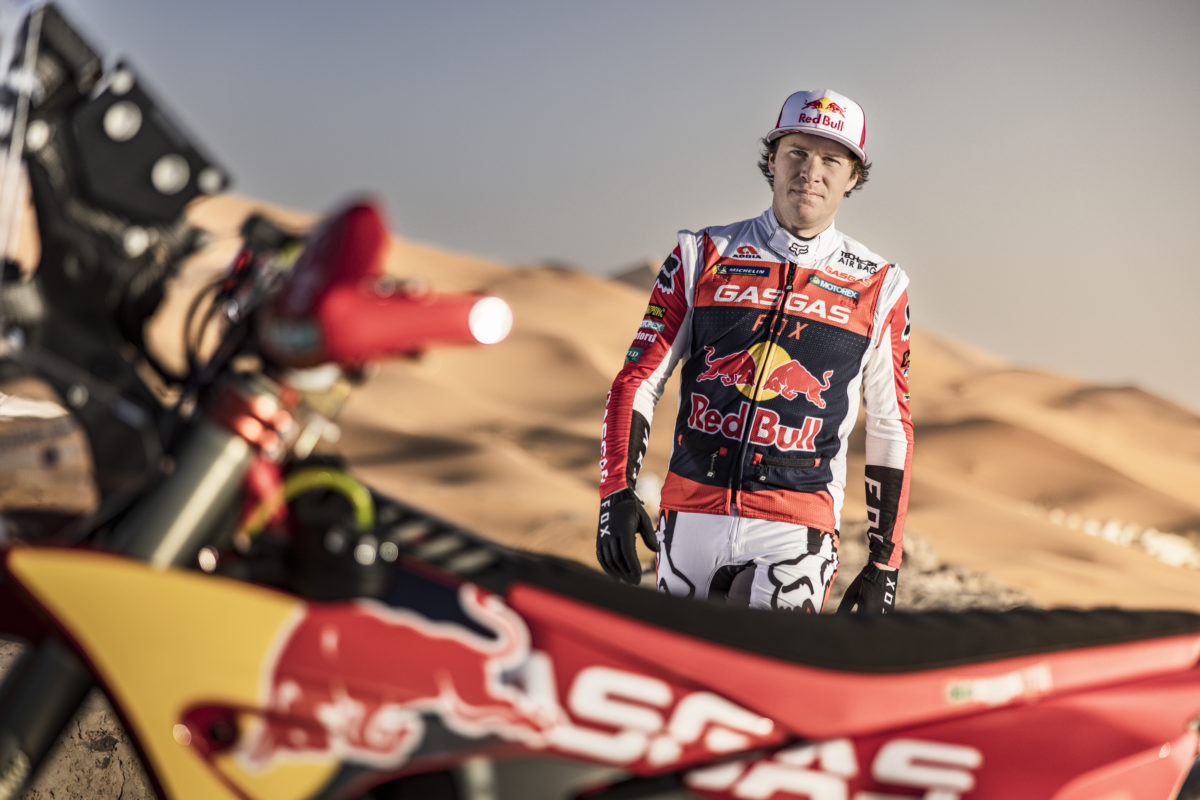 Sadly, Australian Andrew Houlihan won’t be competing in the 2020 and 2021 events. He’s explained why he won’t be at Dakar this year on the KTM Summer Grill.

In the SSV class will be Sydneysider Molly Taylor, who in 2022 competed in their first Dakar. After running comfortably in the Top 10, she and then-navigator Dale Moscatt produced a gallant comeback after an incident saw them plummet to 26th. A gritty drive saw them come home in 14th place for Can-Am South, the team with which Taylor will compete with once again, this time navigated by American Andrew Short.

“I think Dakar could be described as the Olympics of rallying – it’s the toughest, longest event of its kind,” said Taylor ahead of last year’s event.

“Dakar; it’s just a combination of factors that make it so challenging,” she added. “It’s the length of the stages, the length of just the transports in between stages, the amount of time you’re in the car; so many different challenges with the terrain; the navigation aspect which is also like orienteering in the sand dunes – and then you’ve got that continually for two weeks.” 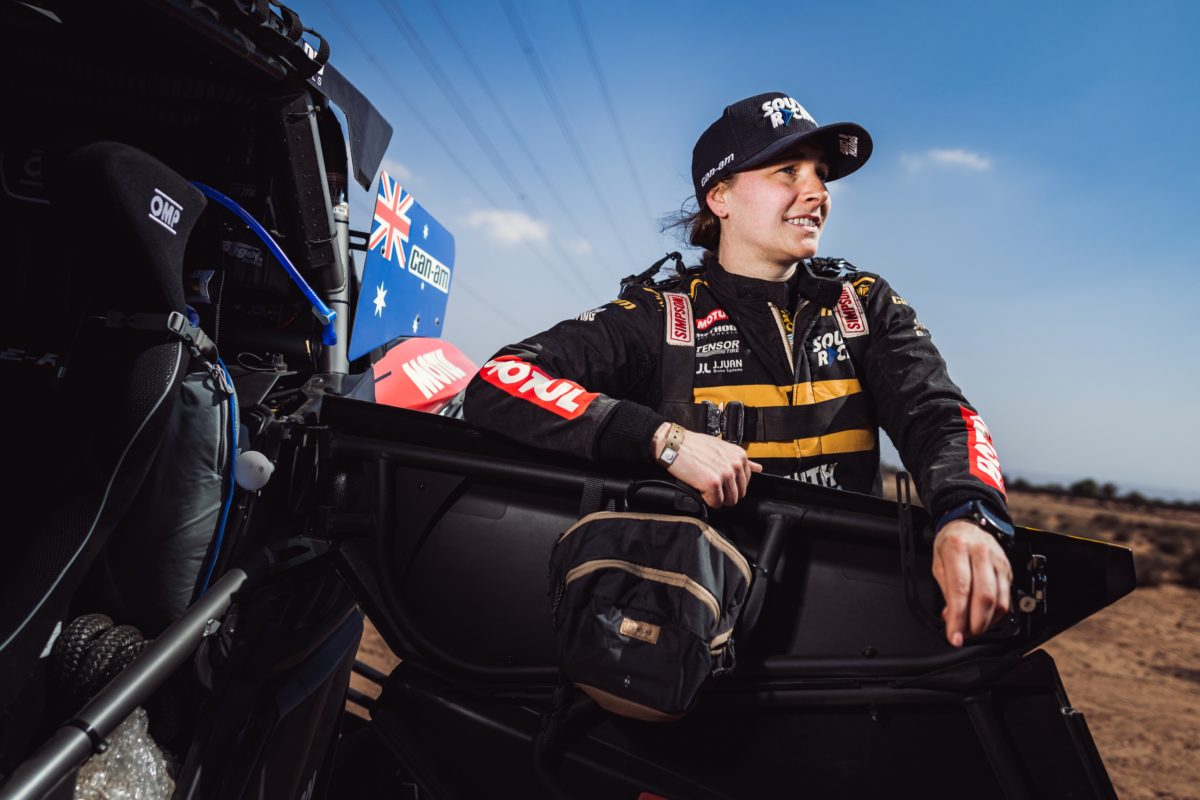 Molly Taylor, who will co-drive with Dale Moscatt for their second Dakar