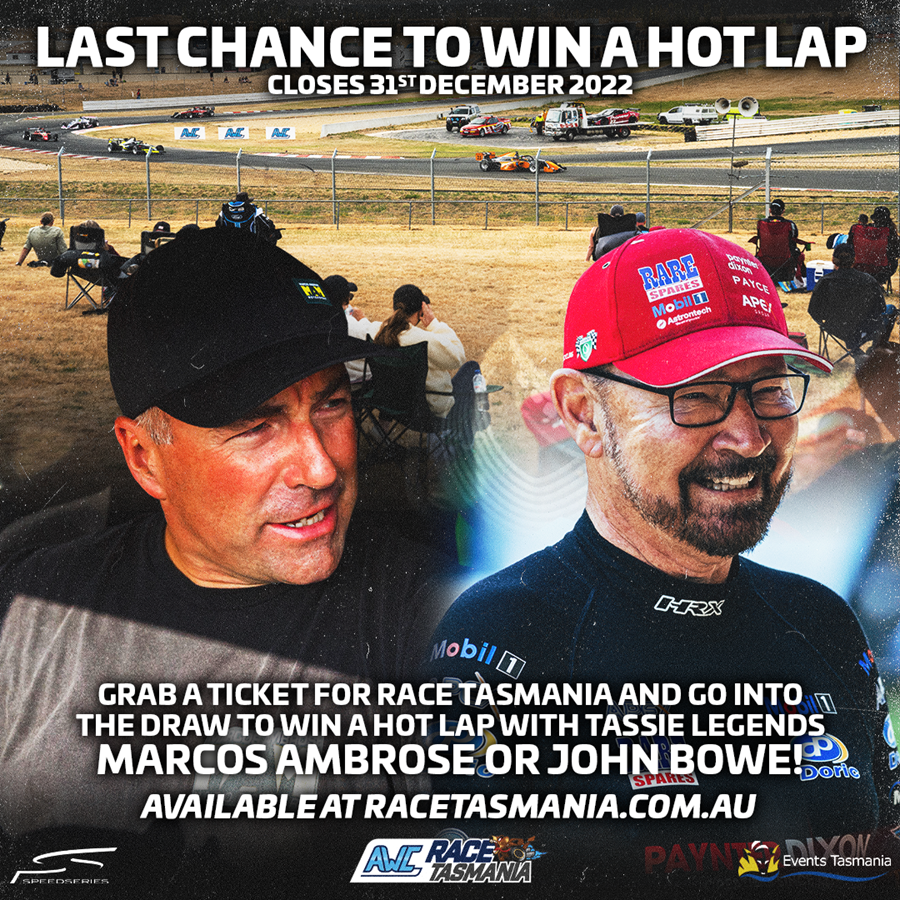 Fans who buy tickets to the 2023 AWC Race Tasmania before December 31st will go into the running to win a hot lap with their choice of Tasmanian motorsport icon, two-time Supercars champion and NASCAR race winner Marcos Ambrose, or two-times Bathurst winner and 1995 Australian Touring Car Champion John Bowe.

Tickets to the SpeedSeries season opener, which be held at Symmons Plains Raceway from February 24-26, are available here.

The first of seven rounds on the 2023 calendar, the Tasmania event will be the first to benefit from a new collaboration between Motorsport Australia and the Australian Racing Group.

The national-level categories will be joined by state classes Tassie Tin Tops and Hyundai Excels at the event.