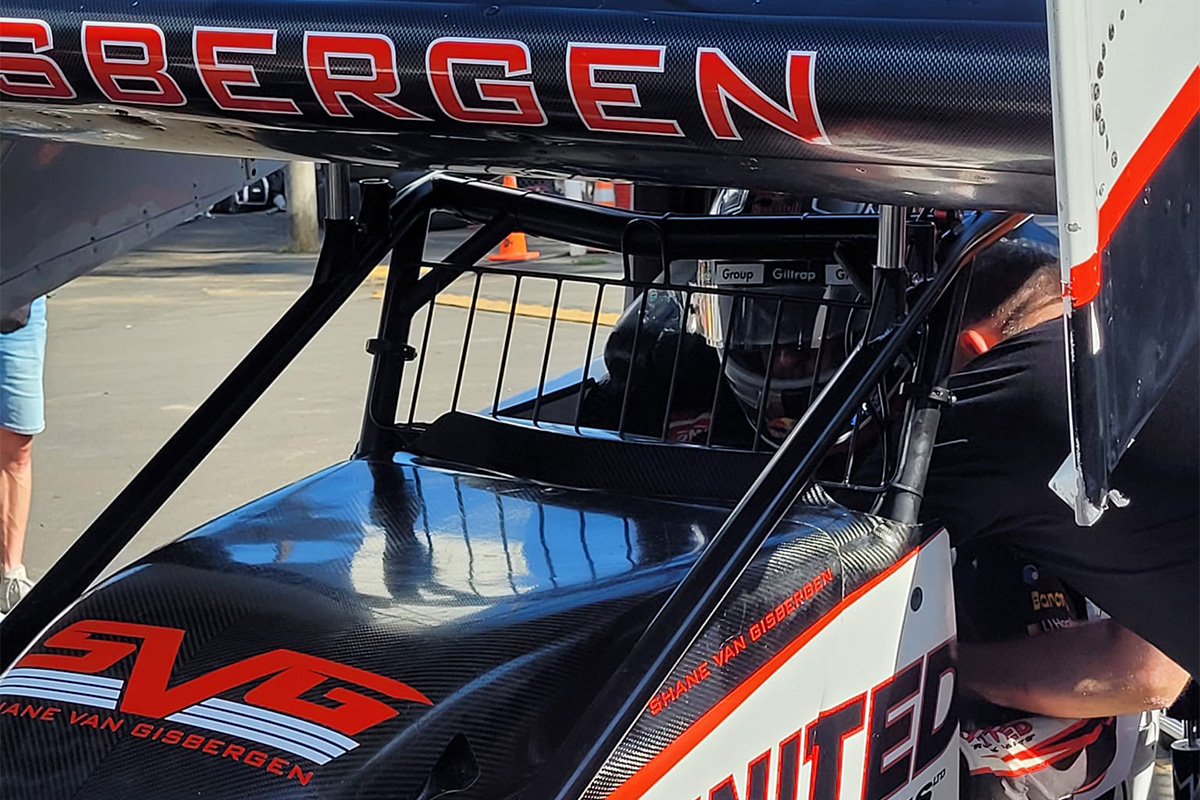 The three-time Supercars champion took to the dirt of Western Springs Speedway on Tuesday night in a delayed Boxing Day encounter.

He was originally slated for his maiden appearance at Tauranga’s Baypark Speedway, though that event was cancelled due to bad weather.

A crowd of 10,000 attended the Western Springs Auckland quarter-mile yesterday to see van Gisbergen’s first competitive hit out in a V8-powered sprint car.

After missing the first heat due to car troubles, the Kiwi started from the rear in the second heat.

Having made his way inside the top 10, the 33-year-old suffered a spin while attempting an overtake, before fighting back to 11th.

His best finish of fifth came in the third heat, which was followed by the 25-lap feature race to close out the night.

Van Gisbergen had a trouble-free run in that race, finishing 14th from 15th on the grid in a 20-car field, while Michael Pickens claimed top honours.

The two-time Bathurst 1000 winner’s speedway debut marks his first competitive outing on New Zealand turf since taking part in Rally New Zealand in September, itself only days after an emotional final Supercars round at Pukekohe.

“It’s cool to get back out there,” van Gisbergen told Nine’s Wide World of Sports.

“I had a go in the midget a few years ago and got pulled short. It’s good to have a proper go.

“Everything is different — it’s pretty awesome,” he added of the challenge.

“You come in and they change so many things on the car. I don’t know what stuff does yet or what to ask for — it’s pretty cool.”

Van Gisbergen will make a number of sprint car starts over summer, returning to the dirt at Baypark Speedway in Tauranga on Wednesday.

That is followed by events at Western Springs again on January 1 and January 6.