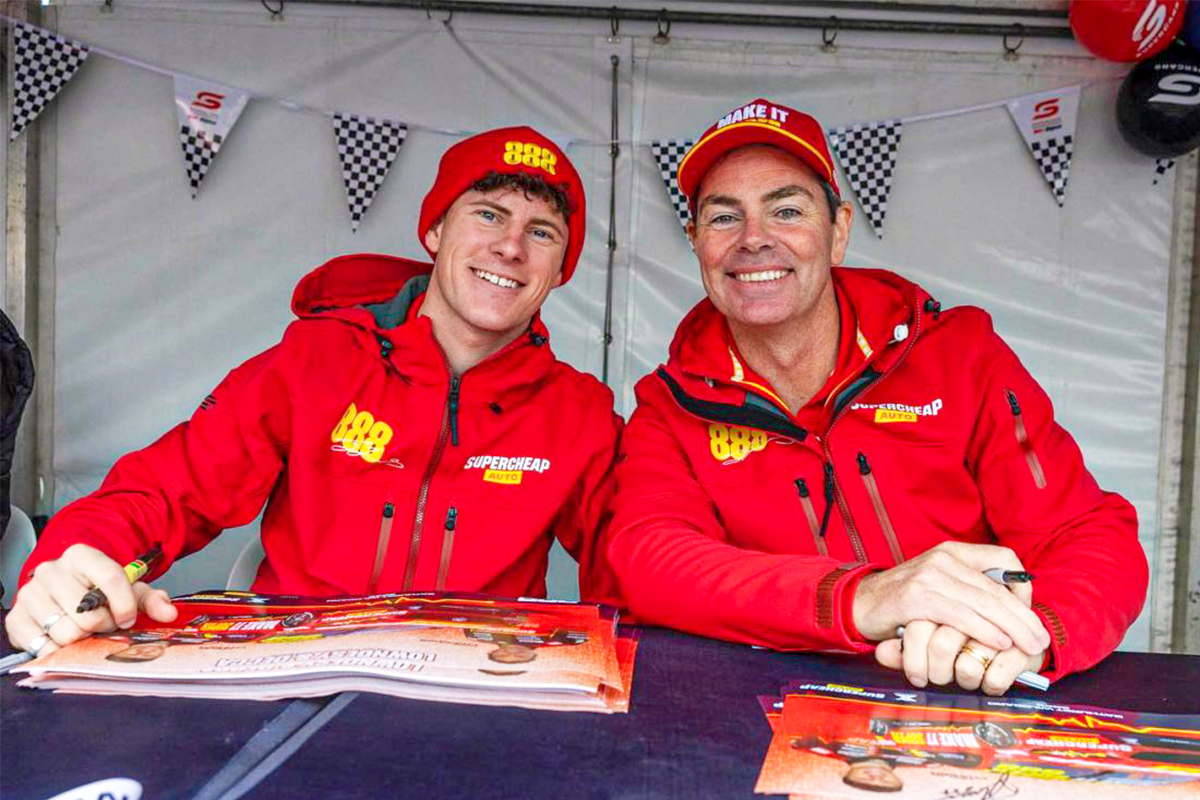 Craig Lowndes described mentoring Declan Fraser at this year’s Bathurst 1000 as a ‘full circle’ moment to his own experience with Peter Brock.

The pair finished eighth, the best-ever result for a one-off entry at the Bathurst 1000.

It came 50 years on from Brock’s first win at Bathurst before the ‘King of the Mountain’ went on to notch up that tally to nine.

Brock also became Lowndes’ mentor, with the ‘master and apprentice’ sharing a car at the Great Race in 1994.

For Lowndes, who mentored Fraser, this year’s event felt like the shoe was now on the other foot.

“It was almost like full circle,” the seven-time Bathurst 1000 winner said on the KTM Summer Grill.

“You go back to ’94 when I first drove into the circuit with Brock and he used to talk about the crowd and the atmosphere and the energy that was around the place.

“For me then to go on the other end and walking into the garage with Declan — it wasn’t necessarily that I was worried about him being in the car with a helmet on it was more the build up and the lead up.

“The four days prior to getting to Sunday; signing sessions, corporate visits, driver parade, all those sorts of things that really mentally just drain you.

“You get wound up in the hype of everything and you get to Sunday and you’re like ‘oh Christ, now I’ve got to drive a car’.

“It was trying to manage those expectations with everything else along the way and telling him to rest and just take time out for himself.

“Enjoy the week for what it is but to actually have time to yourself to just reflect and have some moments where you get away from the crowd, separate yourself, and once he got his helmet on he was fine.”

Lowndes and Fraser recreated a photo together on the Mount Panorama grid 17 years on from when the original was captured.

“To have Craig mentoring me through the whole thing was a really cool experience for me,” added Fraser.

“[He told me] all the secrets — people love him, so the way to approach people, the way to handle myself in the public eye, and even the way to go out on track and race.

“There’s just so much stuff about Bathurst you need to know the ins and outs of and had the perfect mentor right here to teach me.”