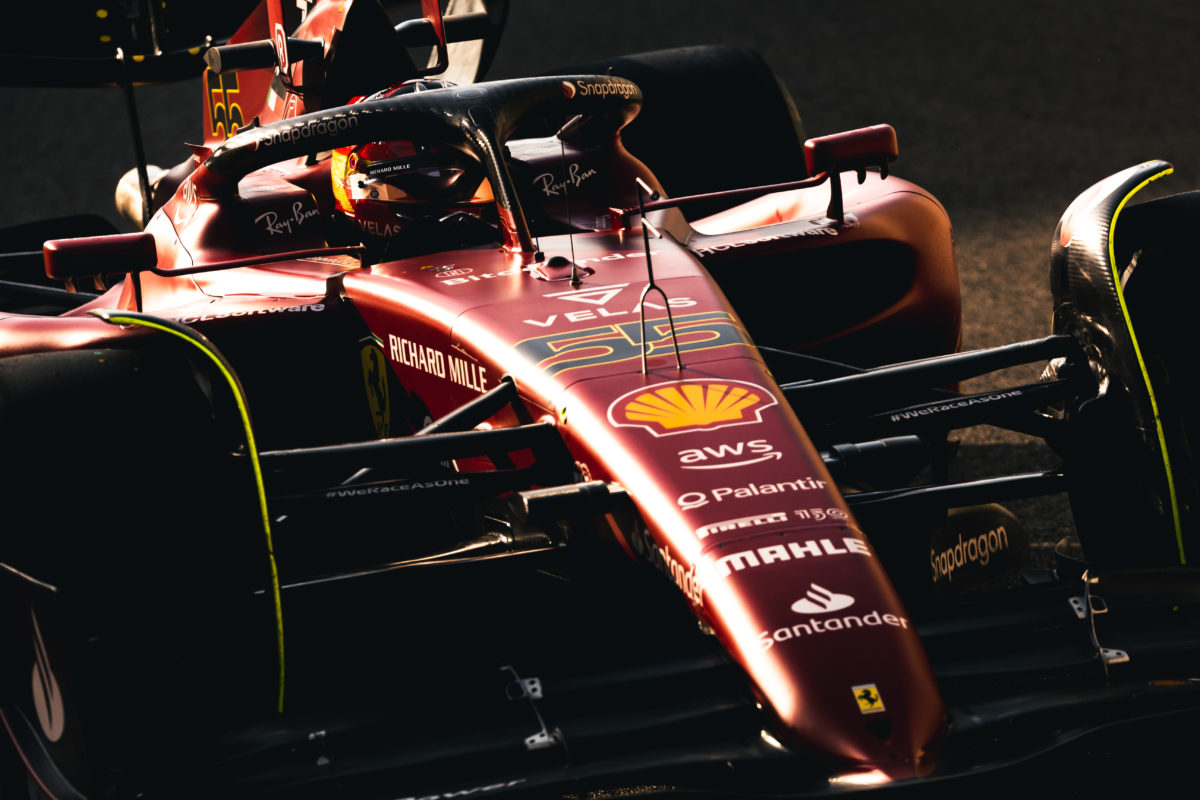 Carlos Sainz believes he can “make things more complicated” for Max Verstappen if he starts the 2023 F1 season as he finished 2022.

Ferrari won two of this year’s first three Formula 1 races but, on both of those occasions, it was Charles Leclerc standing on the top step of the podium.

By the time Sainz had found his feet with the F1-75, Red Bull had moved clear and Verstappen would break the record for most victories in a single season on his way to a second straight World Drivers’ Championship.

That was a surprise to Sainz considering the pecking order in the early rounds of the campaign, although he admits he also failed to put pressure on the eventual title winner.

He believes he can do so next year, if he picks up where he left off in 2022.

“You never expect that, especially when you have a good car at the beginning,” said the Spaniard of Verstappen’s record haul.

“I wish now that I would have felt a bit more comfortable at the beginning of the season to make things also a bit more complicated to Max and, together with Charles, put a bit more of a fight.

“But Max has done an amazing season, he deserves it.

“I think they are dominant now, I think now the Red Bull is starting to be a dominant car, but at the beginning of the season, for sure [it was] not, and that is where he did a tremendous job.

“My target is next year to start at the level that I am now, which is a pretty decent level, and make things more complicated to Max.”

Despite acknowledging the dominance of Red Bull Racing with the RB18, Sainz does not make challenging them in 2023 to be an insurmountable task.

“New year, new car, new regs even with the floor…” he noted.

“We have another chance and I fully trust that the team will produce another great car like the car that we had this year and that we will learn from the mistakes done this year.

“I will learn from the mistakes I did this year and we will be more in the fight and ready to fight.

“I’m looking forward also for Merc; It looks like they’re going to join us at the front.”

Scuderia Ferrari will start the 2023 F1 season with a new Team Principal in Frederic Vasseur, who makes the move from Alfa Romeo Sauber as replacement for Mattia Binotto.