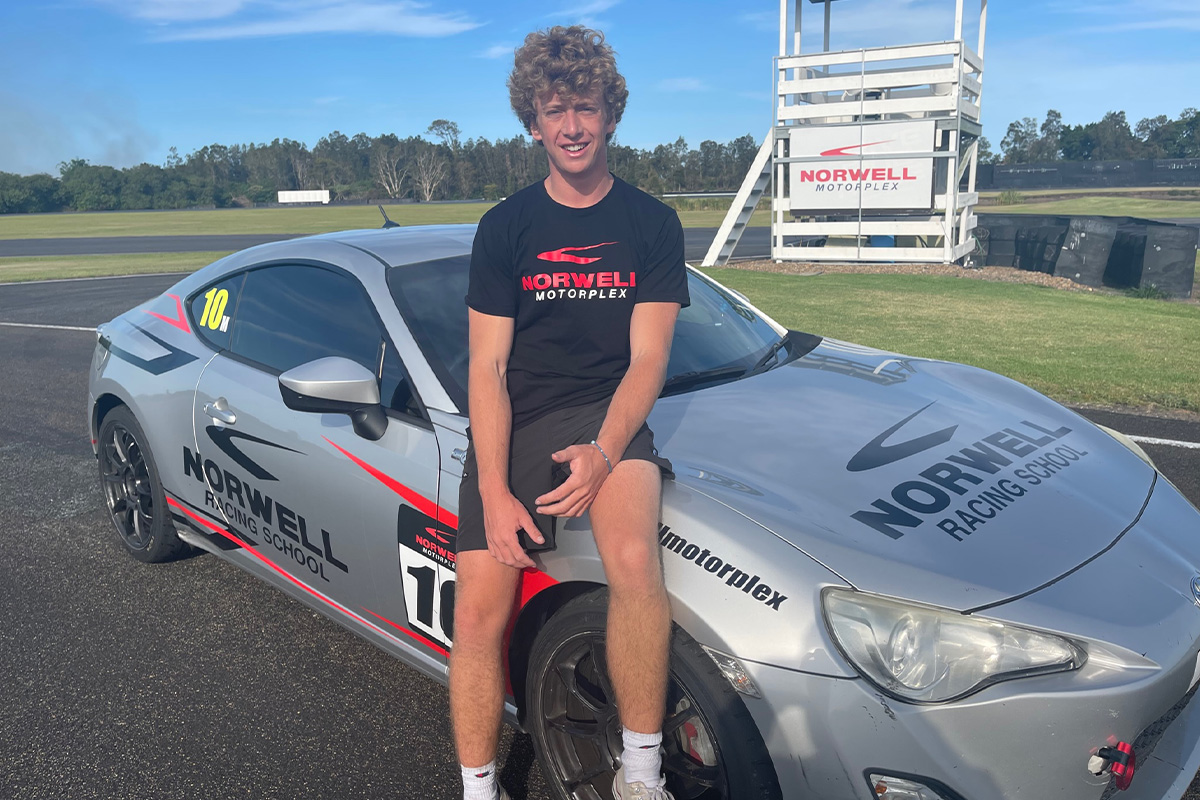 The teenage son of U.S. road racing guru Boris Said has just wrapped up three weeks of intense training at Paul Morris’ Norwell Motorplex on the Gold Coast in preparation for his inaugural full season of Trans-AM competition in America.

Said Sr, has been mates with Morris for many years and drove one of his cars with Matt Neal at the Bathurst 1000 in 2008.

He also teamed with Paul Morris Motorsport in the international Supercar events at the Gold Coast 600 in 2011 and 2012.

Said Jr has recently finished high school in San Diego California and is working with his father in his karting businesses and car dealerships while embarking on a full-time racing career.

“Dad said that if I was going to get serious next year then I needed to come over and spend some time with Paul [Morris],” said Said Jr, who carries the same mop of curly hair as his famous father.

“I have been here three weeks and I have learned so much.

“Not just about car control, but about staying calm and having a proper mindset.

“Once we have that right we can worry about going fast.

“I did a lot of work with Paul direct and then had the opportunity to work with drivers the calibre of Jack (Doohan), who has obviously done a lot in a short amount of time.

Morris, one of Australia’s most successful drivers, has developed an international reputation for developing young talent at his Norwell Motorplex.

“It has been a pleasure to have Boris Jr with us for a few weeks,” said Morris.

“He has really applied himself and I think goes away with plenty of tools that will help him in his first year of Trans-AM.

“I think he also learned the difference between fuel and gas.”

Said Jr’s first Trans-AM race next year is at the end of February at Sebring in Florida.