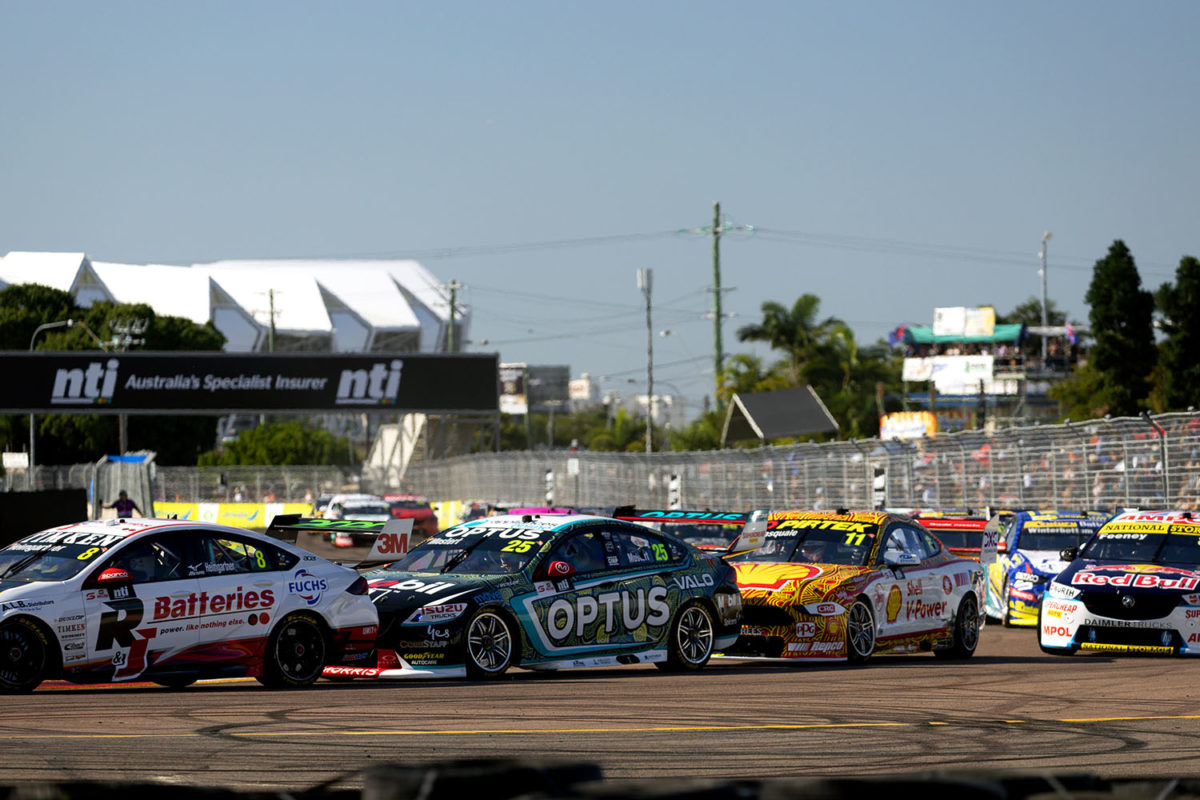 Speedcafe.com has ranked the top 10 Supercars drivers of 2022

Following the conclusion of the 2022 season Speedcafe.com reporter Daniel Herrero assesses the Supercars grid and ranks his top 10 drivers for the year.

It was a year in which Shane van Gisbergen and Triple Eight Race Engineering dominated, both in the championship as a whole but also that Sunday afternoon at Mount Panorama.

First position in this top 10 should therefore be little surprise, but there is some notable deviation from the championship standings, so read on for our rankings. 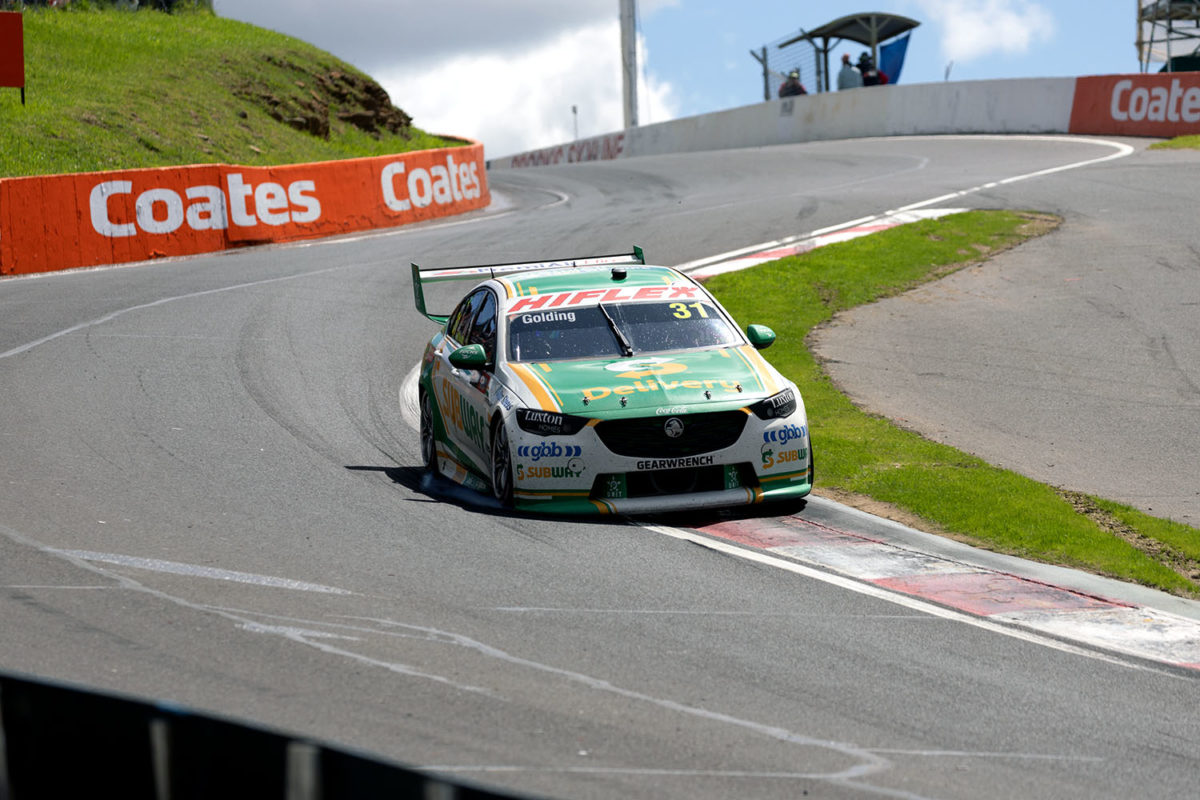 James Golding drove well without much reward at Bathurst

James Golding may have finished 25th in the championship, but he contested barely more than half the season given he was the replacement for the axed Garry Jacobson at PremiAir Racing. By simply pro-rating his 708 points from seven events to a 13-event figure, we get to a 1315-point haul which would have yielded 19th in the championship but, even after accounting for the difficulty of being dropped into a brand-new team mid-year, that does not tell the full story. Golding quickly established himself as PremiAir’s lead driver and some of his performances were seriously impressive; at Bathurst, for example, he and Dylan O’Keeffe finished 12th, but could have been well into the top 10 if not for a splitter failure which cost Car #31 a lap around the halfway mark of the race. The Gold Coast pile-up was a shocker which Golding is responsible for – and, to be fair, he did take responsibility – but it will be very interesting to see what he and PremiAir can achieve in their second season together, and the team’s second, full-stop. 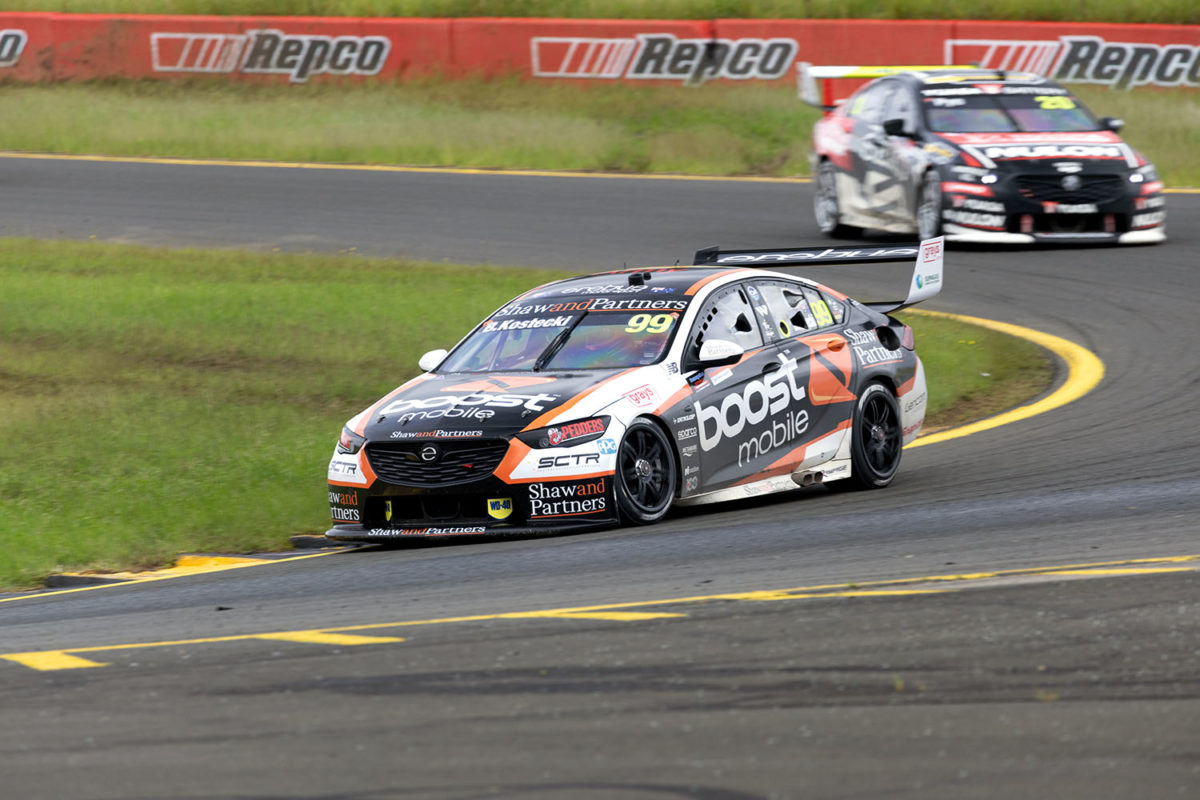 Brodie Kostecki’s best finish was a second place at Sydney

Strange to say for such an aggressive driver, but Brodie Kostecki flew under the radar on his way to seventh in the final standings. He achieved hard-earned second place in a topsy-turvy Race 2 of the season in Sydney but would claim only one more podium before the year was out. Still, like the top two in the championship, Kostecki avoided a DNF/DSQ in all 34 races. The key reason that the West Australian deserves a spot somewhere in this top 10, however, is because his seventh was seven positions better off than team-mate Will Brown, who represents a very good yardstick considering their similar career paths. It is hard to know exactly how to rate Broc Feeney’s season from the outside. Sixth in the championship as a rookie, with an on-merit race win along the way, looks very good but his team-mate won 21 races and the championship as a whole. That sixth is better than a certain Jamie Whincup finished his first season as a Triple Eight Race Engineering driver (10th in the championship), but expectations at Triple Eight are higher now than in 2006. Still, Feeney’s sole DNF was the aforementioned Golding-caused pile-up, but he was also benched from qualifying in favour of Whincup in the wet at Bathurst. Roland Dane suggested the Adelaide victory was the “birth of a champion” but in 2022, the 20-year-old is judged the eighth-best driver of the season. Garth Tander may have only driven in part of one race all season, but he participated in the championship, and can boast a 100 percent winning record, thanks to victory in the race which counts. He set the very fastest lap of the Bathurst 1000 weekend and while there was an element of fortune at play due to weather and the track surface, Tander still played a pivotal role in Shane van Gisbergen and Triple Eight Race Engineering’s 2022 Great Race win. The West Australian said he felt he contributed more than when he and van Gisbergen won together in 2020, and that is fair comment considering the speed and hence flexibility which he gave the #97 entry. Could anyone argue that Tander was the best co-driver in the field? Could one make the case that he was one of the better drivers in the field regardless of primary driver or co-driver status? Having now defected to Grove Racing, the now five-time Bathurst 1000 winner leaves big shoes to fill at Triple Eight. Given Anton De Pasquale edged Will Davison to fourth position in the championship by a mere 26 points – about one percent of their respective hauls for the season – it is worth considering the two Dick Johnson Racing drivers in comparison, which occurs below. However, on De Pasquale specifically, one gets the sense that while he could probably drive away from the pack if at the front of the field, he does not race as well as his closest rivals. Harsh, perhaps, because the Victorian is certainly quick, but seems less of a threat for a big result than others are right now. Andre Heimgartner finished on the podium twice at Pukekohe

Ifs, buts, and maybes count for little in the grand scheme of things, but this is a somewhat subjective exercise and Andre Heimgartner was one of the unluckier drivers in this top 10. The Thomas Randle incident cost him two races at The Bend, Zane Goddard took co-driver Dale Wood out in the early laps at the Bathurst 1000, and an engine issue on the Gold Coast accounted for his fifth DNF of the campaign. Otherwise, the #8 R&J Batteries car was a regular in the top 10 for most of the season, after a patchy start in what was Heimgartner’s return to Brad Jones Racing. He is not alone in having a hard-luck story to tell, but can reasonably claim that 10th in the championship is “not a true reflection”. 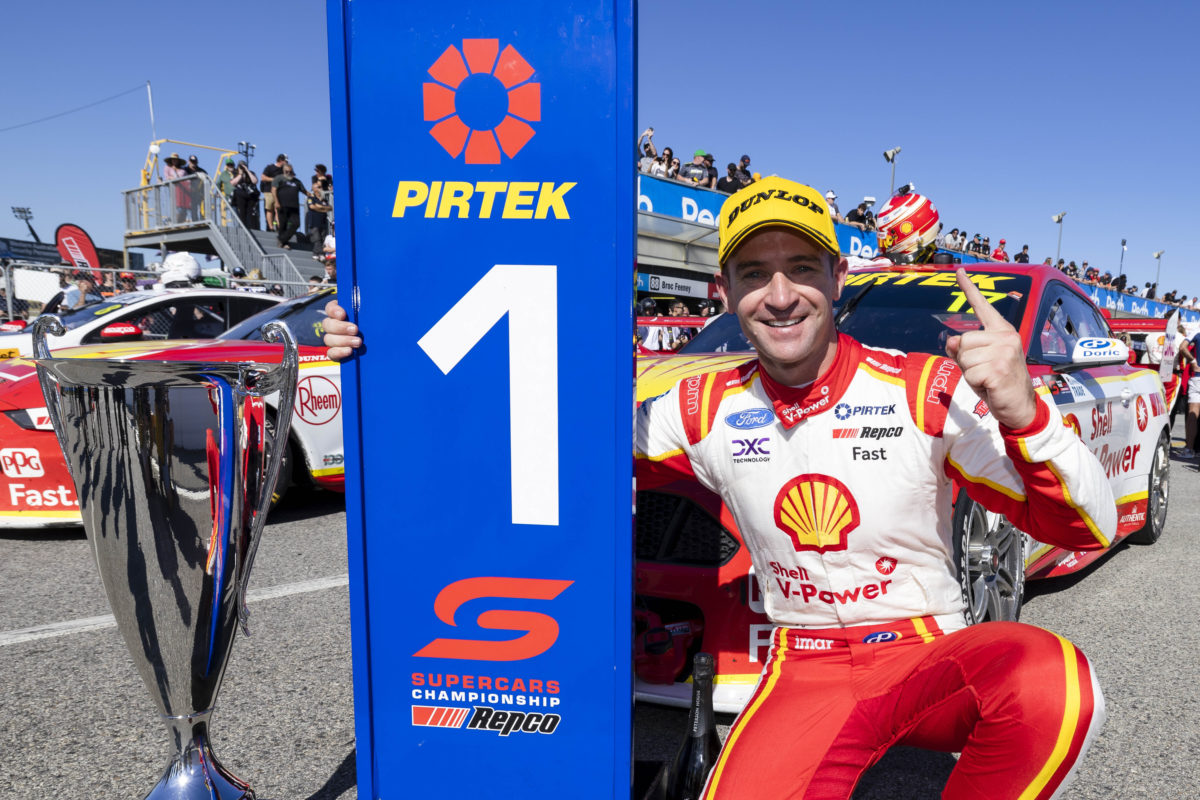 Will Davison earnt a drought-breaking win at Wanneroo

The 2022 season might have been Davison’s second at DJR, but it was one of reinvention for the 40-year-old. Three race wins – and nine pole positions – speak to that, with the victory in Wanneroo breaking a drought stretching back to the 2016 Bathurst 1000. The manner in which he scored that win was also significant, with a forceful move on Cameron Waters. On a number of occasions, Davison was the biggest thorn in van Gisbergen’s side, looking far and away the most likely to snatch a victory from #97. As noted, he finished just behind team-mate De Pasquale in the championship (although the gap would have been larger if Car #11 was not disqualified on the Gold Coast), and had an awful end to the season, but was the DJR driver who had the higher expectation of pulling off a big result. 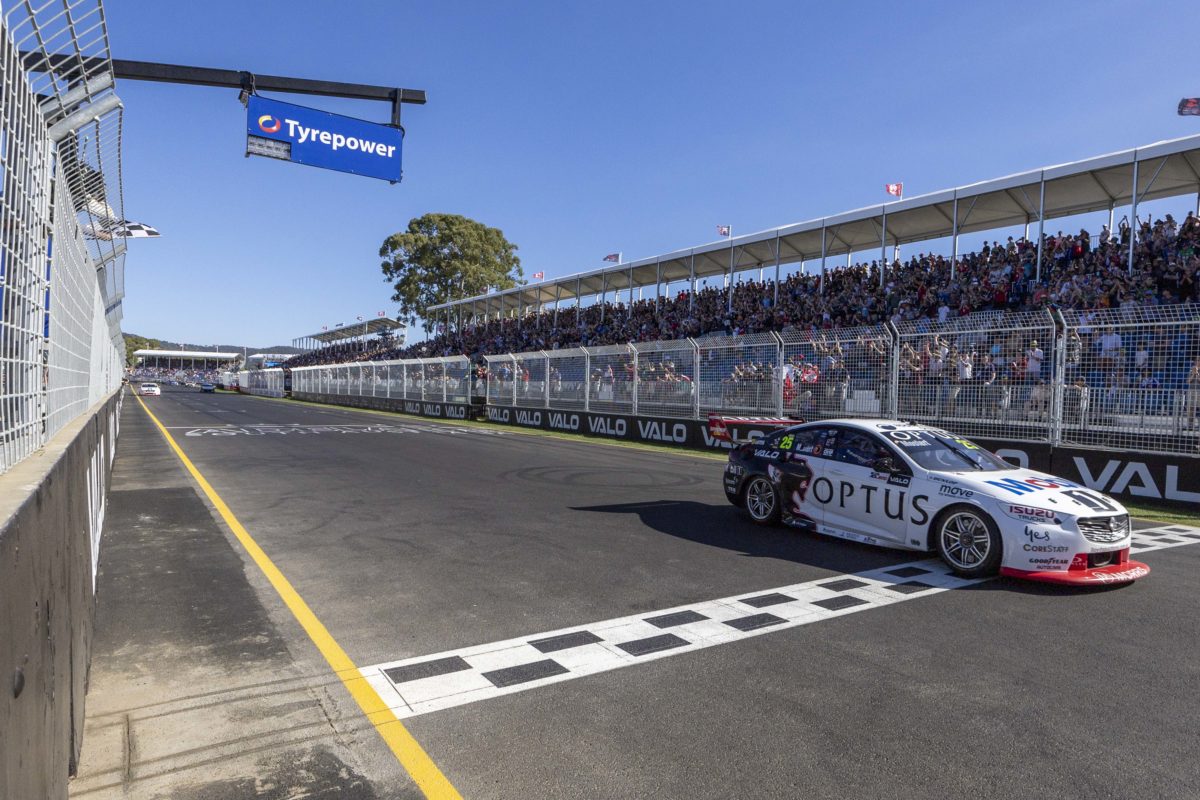 One of Chaz Mostert’s five wins for the season

To put it simply, while another van Gisbergen championship quickly seemed near-certain, Chaz Mostert was one of the few drivers who looked a chance to deny him. In fact, the Walkinshaw Andretti United man was the only other driver to lead the championship all year, after his victory in Race 2 at Sydney Motorsport Park. WAU and Mostert were far too inconsistent in the first half of the season but get props for being the next most prolific race winners after Triple Eight and #97. The fifth of those wins was obviously the most special given it was the one-two with the Holden Racing Team retro liveries in Adelaide, but it was also notable for how it was set up with some take-no-prisoners driving on none other than van Gisbergen, who was left high and dry by a bump from the #25 Mobil 1 Optus machine. For all of that, Mostert deserves his high position in the championship, and these rankings. Cameron Waters and Tickford Racing must be sick of being the bridesmaid by now; not only did he finish on the podium without winning the Bathurst 1000 again, a result which Waters said left a “chip on our shoulder”, he ended the season second in the championship standings for the second time in three years. However, the #6 Mustang pilot was officially voted Drivers’ Driver as part of the Supercars Gala Awards and it is not hard to see why. The Mildura native is one of the hardest racers in the field – he was unapologetic for the wild incident with Tim Slade at Symmons Plains which saw him rapped over the knuckles – and is perhaps the only driver who can be reliably expected to take the fight to van Gisbergen. He is also one of the best qualifiers in the field; indeed, the most prolific pole-sitter in 2022 with 10 from 34 races. 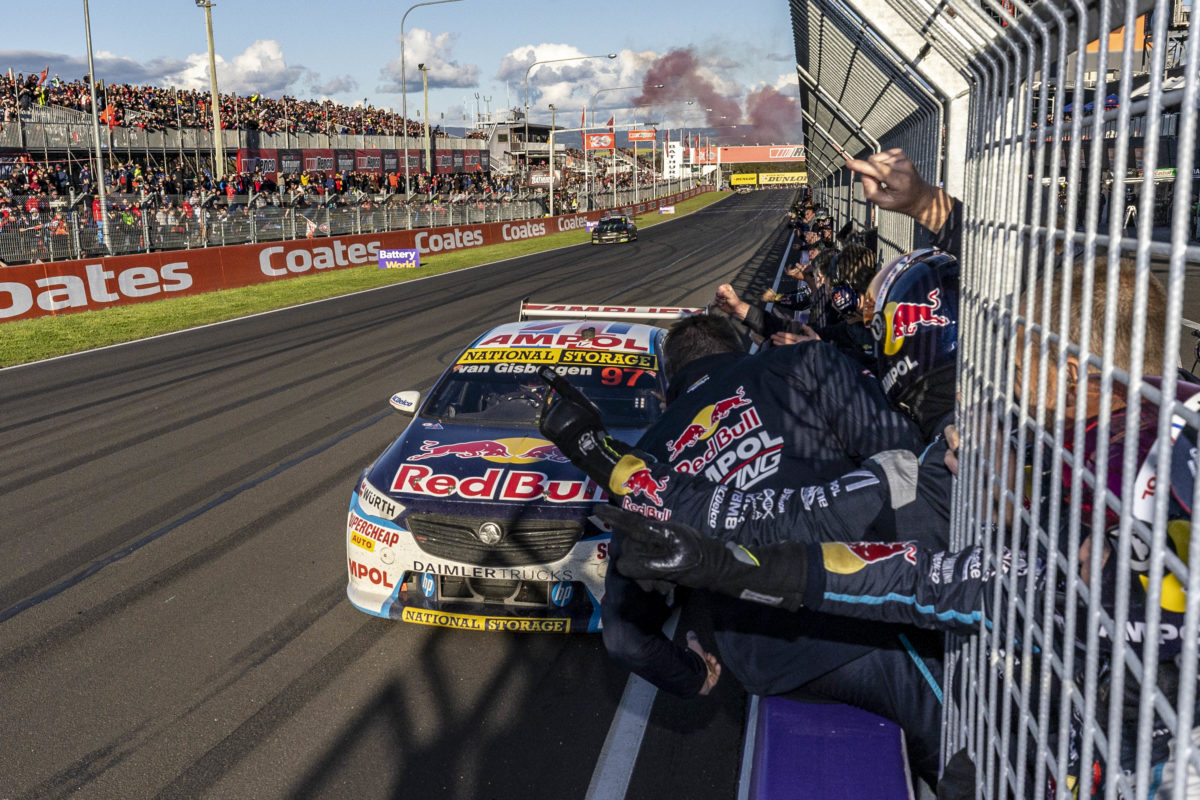 That just leaves the champion, for the second year in a row, van Gisbergen. A record 21 wins this season – from ‘only’ eight pole positions – cannot be ignored. Van Gisbergen is freakishly quick and even when he does start somewhat deep in the pack – such as the drive from eighth to first in the final Pukekohe encounter – there can be a sense of inevitability that he will find his way to the front. He has implicitly acknowledged that Triple Eight Race Engineering very likely gives him the best car in the field but, as Roland Dane has opined before, ‘SVG’ is one of the most intelligent drivers going around – witness, for example, how he nullified his biggest threat in Race 28 at Pukekohe, Davison, with clever car placement. Hardly infallible, but always searching for what improvement there is left – note the self-critique of his Winton and Hidden Valley performances – van Gisbergen was a worthy Bathurst 1000 winner and Supercars champion in 2022.