Maintaining good communication is the key to managing the relationship between Max Verstappen and Sergio Perez according to Christian Horner.

The Red Bull F1 boss spoke exclusively with Speedcafe.com as part of the KTM Summer Grill and shared his thoughts on the friction between his two drivers in the latter part of 2022.

Perez was battling for second in the drivers’ championship in the final rounds against Ferrari’s Charles Leclerc.

Verstappen had wrapped up his second world championship at the Japanese Grand Prix but in Brazil refused to help his team-mate.

The Dutchman was allowed through in an effort to chase down and pass Leclerc ahead in what was a difficult race for Red Bull.

He was unable to do so and subsequently refused to cede the place back to Perez.

Over the radio he vented his displeasure at the request which ultimately cost his Mexican team-mate two world championship points.

Leclerc held on to second in the title race by three points.

“They’re both pretty grown-up individuals and they both have an open relationship with each other,” Horner said of his two drivers.

“Whenever there is an issue, it gets discussed and it gets put on the table and you talk it through, but I think communication is always the best way to deal with any issue.

“And Sergio is an experienced guy, he’s been around a lot time,” he added.

“He’s a very rounded guy. Max, very much the straight-shooter as well.

“The two of them have always enjoyed a decent relationship, and I just see that continuing.”

Questions regarding the relationship between Perez and Verstappen came to the fore over the Abu Dhabi weekend in November.

It quickly followed the Sao Paulo Grand Prix and saw the team go to ground when it came to discussing the matter.

That led to speculation from the media as it tried to make sense of the situation and prompted Verstappen to lash out in response.

It’s thought the root of the issue can be traced back to the Monaco Grand Prix where Perez crashed in Qualifying.

That is believed to have upset Verstappen who felt it was a deliberate act by the Mexican to guarantee himself pole position.

Perez rejects that allegation but neither he, the team, nor his two-time world champion team-mate will confirm or deny if that is indeed the root cause.

“There’s certain things that your drivers have the right to discuss things in private between themselves,” Horner said when asked whether the situation could have been handled better by being more transparent.

“Not every conversation has to be covered through the digital media and so on.

“The drivers had a good conversation after the race in Brazil. The air was absolutely clear – you could see that by the time they arrived in Abu Dhabi.

“I think this has been a phenomenal pairing for Red Bull,” he continued.

“The success that they’ve achieved over the last couple of seasons, their joint performance achieving our first world championship this year, our first in nine years, has been a remarkable performance by both of them.

“And I’m sure, moving forward, they’re going to be delivering as they have done the last couple of seasons.” 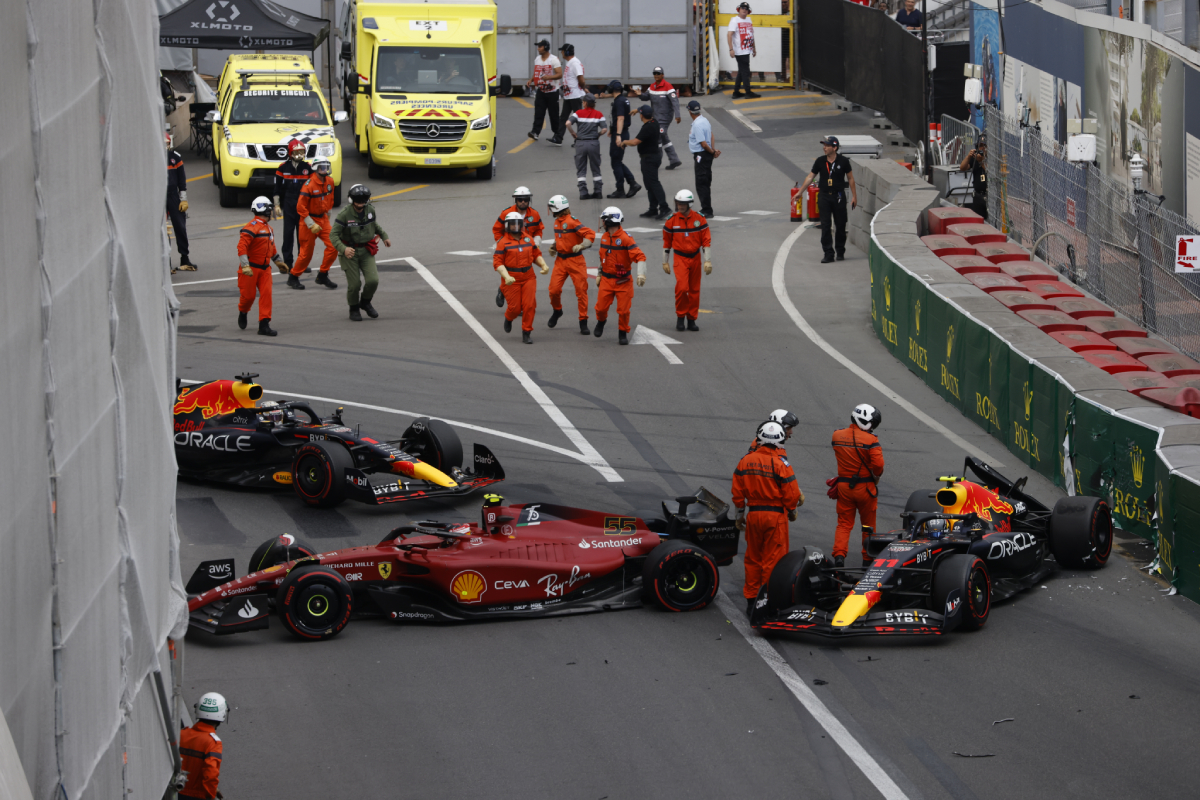 The crash thought to be at the root of the issue