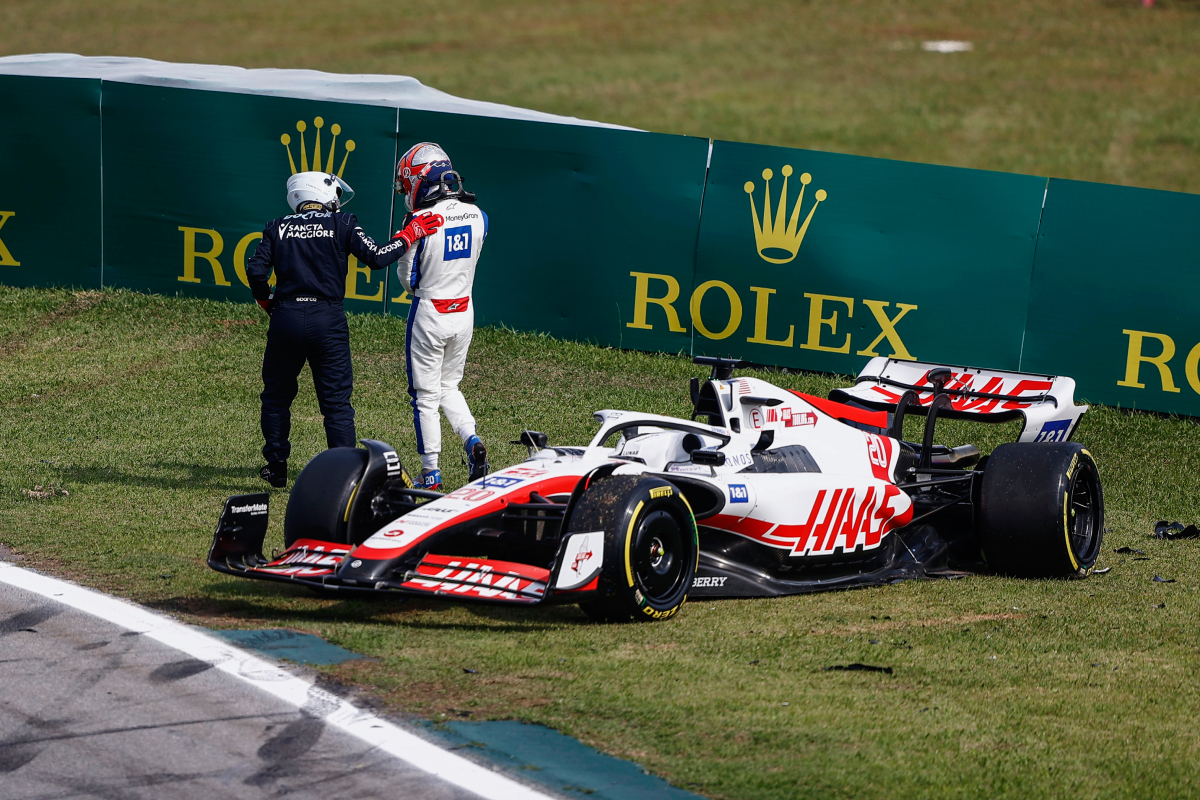 It was a weekend of extremes for the Haas driver who recorded a surprise pole position in Qualifying on Friday only to end Sunday’s race halfway around the opening lap.

The Dane was nerfed by Daniel Ricciardo as they rounded Pinheirinho, the long left-hander in the middle of the twisty second sector at Interlagos.

Both were immediate retirements with the Australian hitching a ride back to the paddock leaving Magnussen stranded out on track.

“It was the most dangerous thing I did all weekend, despite all the driving,” he joked when reflecting of his attempts to return to the paddock after the race.

“For whatever reason, I didn’t catch a ride back to the pits – Daniel took me out of the race and then jumped in the Safety Car and took my ride back home to the pits!

“I was left on the side of the track the whole race. I can survive that.

“Then, I tried to speak to the marshals but that didn’t speak a word of English, not at all.

“And after the race, I was kind of waiting for someone to come and pick me up or something, and the marshals started leaving.

“I was like ‘what do I do?’ So I walked in the same direction but ended up by a fence that I couldn’t really see a way around.

“I could have walked the whole track and went around the start-finish, but there was all the fans.

“Then some of the marshals realised that I was in trouble and cut a hole in the fence and lifted me through the fence, which was kind of sketchy.”