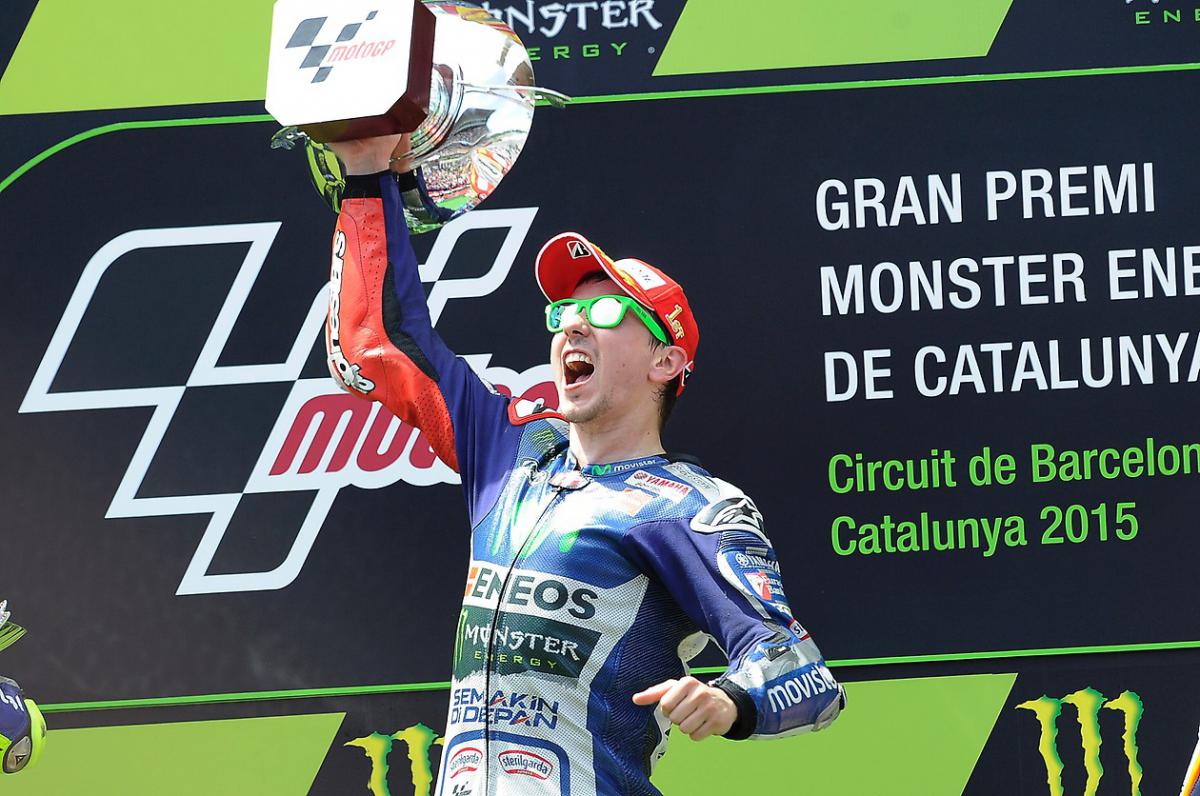 Jorge Lorenzo celebrates a win at Catalunya which helped him take out the 2015 MotoGP world championship. Picture: MotoGP.com

Jorge Lorenzo has revealed the secret weapon which he used to help him win the 2015 MotoGP world championship.

The Spaniard clinched his third and final premier class title with victory on the final day of the season at Valencia, just over seven years ago.

He did so by just a five-point margin over factory Yamaha team-mate Valentino Rossi, who had to start the Valencia race from rear of grid as punishment for his incident with Marc Marquez back at Sepang.

Lorenzo has already spoken of how he deliberately made an enemy of Rossi in order to motivate himself in an episode of DAZN documentary series Cuatro Tiempo.

He revealed another strategy in a subsequent instalment, namely cryotherapy.

“It had a hot upstairs and then, in the suite, a cryosauna.

“When I finished training, I would go in there in the cold, which was -180 degrees Celsius.

“In 2015 I won with the cryosauna. I did it secretly, so that no one knew the secret.

“I was motivated to win the world championship by the fact that I had an enemy.”

The 2015 season went down in history as one of MotoGP’s most controversial.

Rossi formed the view that Honda rider Marc Marquez was conspiring against him by helping compatriot Lorenzo to win the championship, as retribution for a clash at Termas de Rio Hondo and another incident at Assen.

He made his stance public in the pre-Malaysian Grand Prix press conference, before tensions reached boiling point at Sepang with the run-in when the Italian looked to have kicked #93 off his bike.

With the penalty points incurred from that incident, Rossi was forced into a back-of-grid start at Ricardo Tormo, a punishment he unsuccessfully sought a stay of execution from, before ultimately withdrawing the appeal to the Court of Arbitration for Sport.