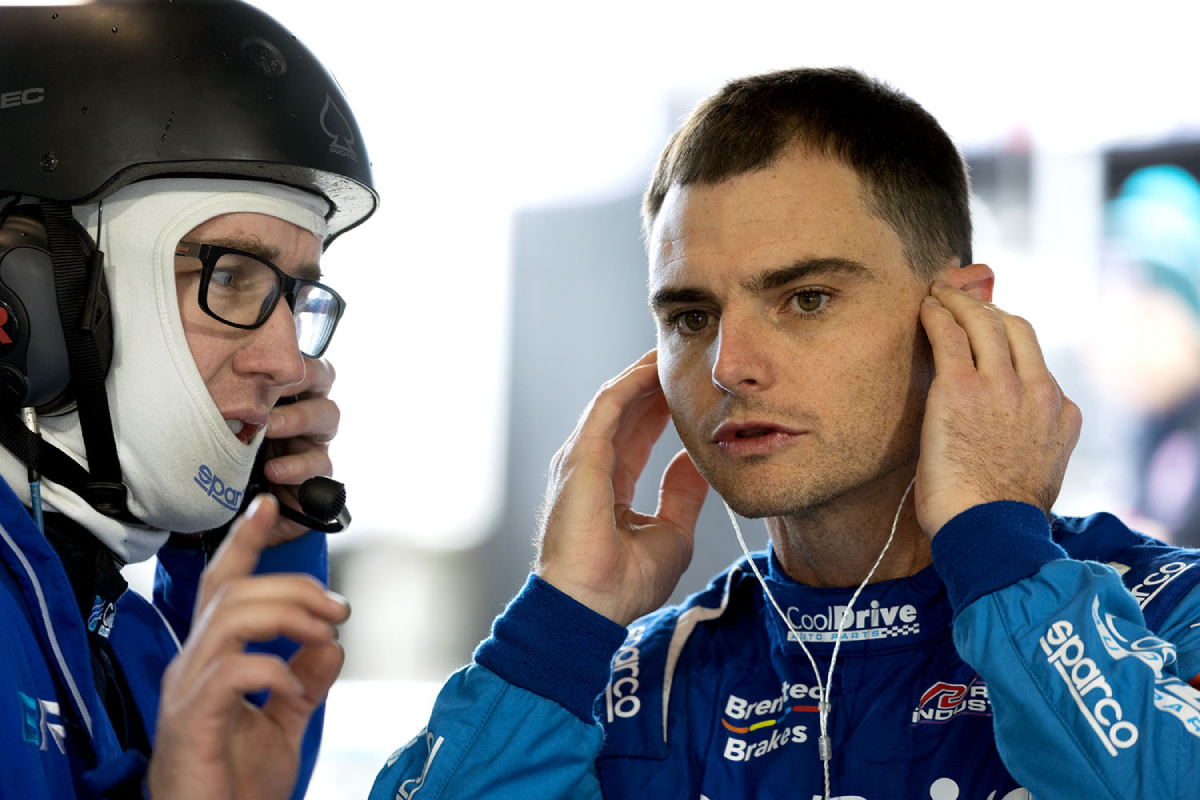 Following a tough season with signs of promise, Tim Slade is looking ahead to the 2023 Supercars Championship season.

It comes after a tough season for the Gold Coast-based driver, who finished 11th in the championship standings, 22 points adrift from 10th-placed Andre Heimgartner.

While the team showed signs of strong pace, with 13 Top 10 results across the season, the 37-year-old put down the end-of-season result to a mixture of performance issues and availability of key figures at Box Hill.

“I mean it was it was a pretty tough, frustrating, disappointing year to be honest,” Slade told Speedcafe.com.

“We struggled with performance basically and then there was a bit that went on in the team, with Brendan [Hogan] he was obviously a big part of the team since day dot and then he was no longer there and then obviously Mirko [De Rosa] with his back surgery, he wasn’t at a heap of races either, so yeah, it was just tough.

“It’s an extremely tough, competitive category and you really need to be on top of all areas to get results.”

The two-time Supercars race winner had a strong start to the year with a run of six Top 10 results in the first nine races of the year, including four on the trot at the Melbourne 400.

“We had momentum last year and good momentum at the start of this year in the first few events,” he said.

“We qualified top five I think in at least one qualifying session in the first three rounds and we had some new parts in the car from Tassie onwards and I guess given to limited testing, we’re kind of learning on the run at the races.

“Usually the first day was pretty average qualifying-wise, but then we’d figure the car out, go out the next day and then qualify top five so that was very satisfying, just with things making sense, learning and making progress.”

Despite the mixed fortunes, Slade praised the reliability of the #3 CoolDrive Racing Ford Mustang.

“I think one reason why we were able to still fight for a top 10 championship position at the end was the reliability of the car,” he credited.

“The guys did an awesome job with that all year and I don’t think we had a failure once in the two years of BRT, so yeah that was one positive.”

In retrospect, Slade said he enjoyed his time with Blanchard Team Racing.

“Last year was probably the most I’ve ever enjoyed my racing,” he reflected.

“Then the standard this year, obviously when you start to struggle and there are things going on inside the team, it just becomes tough, frustrating and not as enjoyable.

“But I guess that’s just the highs and lows of any professional sport.”

The PremiAir Racing-bound driver is looking ahead to the 2023 season and the introduction of the Gen3 era.

“I’m excited, it’s obviously a big change, the biggest change the category has ever had.

“I guess there’s just so many unknowns to it all, they’re obviously trying to achieve a few different things with the new car and we’re really not going to know if those couple of things are achieved or not until we hit the track.

“So yeah, for sure, it’s exciting times.”

While he spent his off-season tying the knot with long-time partner Dani, ahead of the birth of their second child, he is eager to return to the track.

“I guess with our season, we don’t do much racing and it’s so spread out, so it’s not like I’m hanging for an off-season or anything, I can’t wait to get back into it.”

The 2023 Supercars Championship season will commence with the Newcastle 500 on March 10-12.