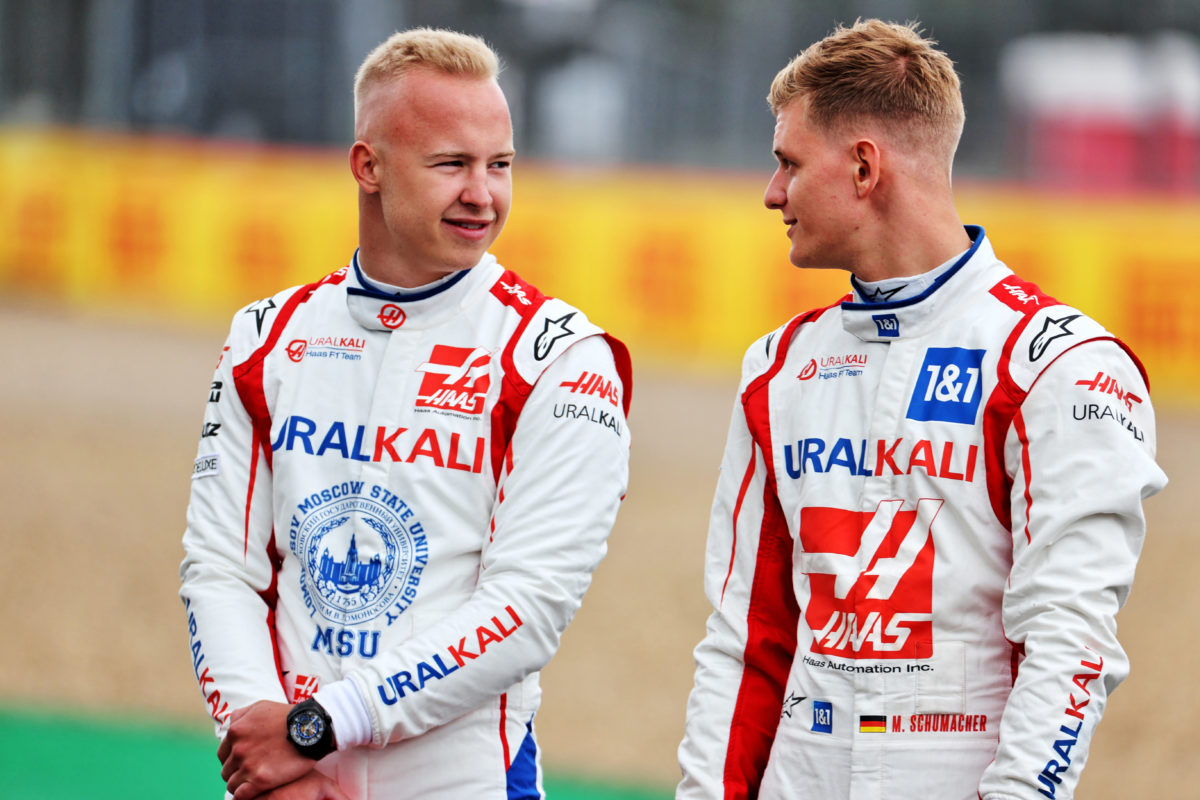 Haas boss Guenther Steiner says he has no regrets over the team’s period fielding two rookie drivers despite now having propped for a far more experienced pairing.

The squad’s driver line-up in 2020 was comprised of veteran Romain Grosjean and another who had significant Formula 1 racing miles under his belt in Kevin Magnussen.

The following season, it opted for Mick Schumacher and Nikita Mazepin, neither of whom had ever raced in F1.

That was a combination that was to have continued this year, before ties with Mazepin were cut following the Russian invasion of Ukraine, with Magnussen brought back into the fold.

By the time Haas lines up for Round 1 of the 2023 campaign, its drivers will boast 326 grands prix between them, given Nico Hulkenberg has been signed as Magnussen’s team-mate.

Steiner has no regrets despite the clear reversal, suggesting it was necessary for the survival of the team.

“No, absolutely not,” he said.

“So, I think we’re in a lot better position now in Formula 1 in general than two years ago, when we had to find solutions [for] how to keep on going.”

While Schumacher was involved in a number of significant crashes, which hardly helped his cause in trying to hold onto his seat.

However, Steiner says it was not those mishaps which completely damned the German, instead referring again to rebuilding the team.

“It’s part of it, but also you cannot just say, ‘Oh, he crashed,’” explained the Italian.

“Obviously, it wasn’t good – I’m not trying make it good now – but then you could say, ‘How much influence have his very good results had?’

“It’s this balance you need to find, and obviously one thing is very good friend he finished in Austria [sixth] and Silverstone [eighth] – they were very good results – but then you had the bad things, the crashes.

“So, it’s a mix of it, but it was not event, as much as it looks, that triggered this.

“It’s a combination of things, and the biggest thing is, going forward, we just want to build up the team again.”