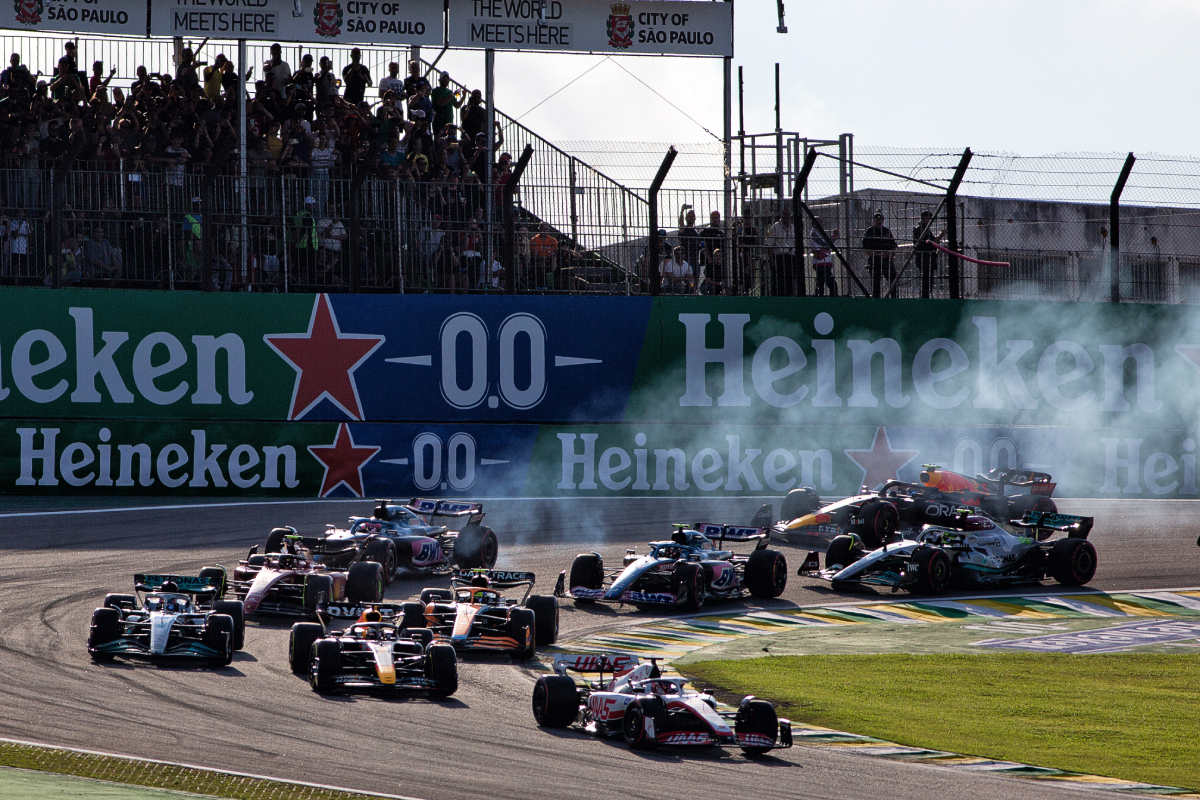 There is support from within the teams for F1 Sprint Qualifying

Team bosses Otmar Szafnauer and Guenther Steiner have voiced their support of Formula 1’s Sprint Qualifying format ahead of its use at six events in 2023.

A quarter of next year’s calendar will work to the revised weekend format which sees a single 60-minute practice session before Qualifying on a Friday afternoon.

The concept was introduced in 2021 as a way to add further meaning to Friday’s track action and encourage spectators both at the track and on television.

It has been divisive since its inception with some in favour of the added theatre while others bemoan the departure from the sport’s traditions.

“There is good and bad in what we do,” admitted Alpine Team Principal Szafnauer.

“The sessions as they are now makes Friday much more meaningful than it does on a normal grand prix weekend but yes, that does come at the expense of this free practice.

“But I think [in] total the weekend’s better and I think we should deeply consider the changes that we’re going to make, if any, to make sure we don’t have any unintended consequences.

“Yeah, there are some things we could do to make it a little better, but I think we should discuss all those amongst ourselves and come up with something.

“As a first start, I think it exceeded my expectations. I think the whole weekend is better and more entertaining.”

While accepting Szafnauer’s opinion, Haas boss Steiner suggests the format needs to be used in moderation so it maintains its impact.

“In a calendar of 24, you need sometimes a little bit [of] something different to attract people to come and see something special,” he reasoned.

“Some of the races, having it like this, is very good.”

However, he went a step further than Szafnauer by suggesting some refinements, noting that Free Practice 2 on a Saturday is now a largely wasted session.

As cars enter parc ferme as the roll out for Qualifying on Friday afternoon, there is little to be gained by Saturday’s 60-minute session.

“One of the ideas will be to make a qualifying instead of this free practice on Saturday, to make the Qualifying there for the Sunday race,” he explained.

“Obviously there would be the need to make some detailed work on it, it’s my idea, I can throw it out there, but I don’t know the consequences – it’s just an idea, I haven’t looked into the detail if it’s doable or not.

“That would be one of my proposals because, as Otmar said, it makes that more meaningful day, Friday.”

Max Verstappen has been critical of the current format, suggesting it introduces a high degree of risk for front runners while offering little gain.

The victor of Sprint Qualifying in 2022 received eight points, with a sliding scale offering a single point to the eighth-place finisher.

However, arguably more important is that the session determines the final make-up of the grid for Sunday’s race, meaning an incident on Saturday can prove disastrous for the balance of the weekend.

The Azerbaijan Grand Prix is the first event slated to host the Sprint format in 2023 on April 27-20, followed by Austria and then Belgium before the summer break.

Three of the final six races of the year then operate to the revised format, namely Qatar, United States, and Sao Paulo Grands Prix.