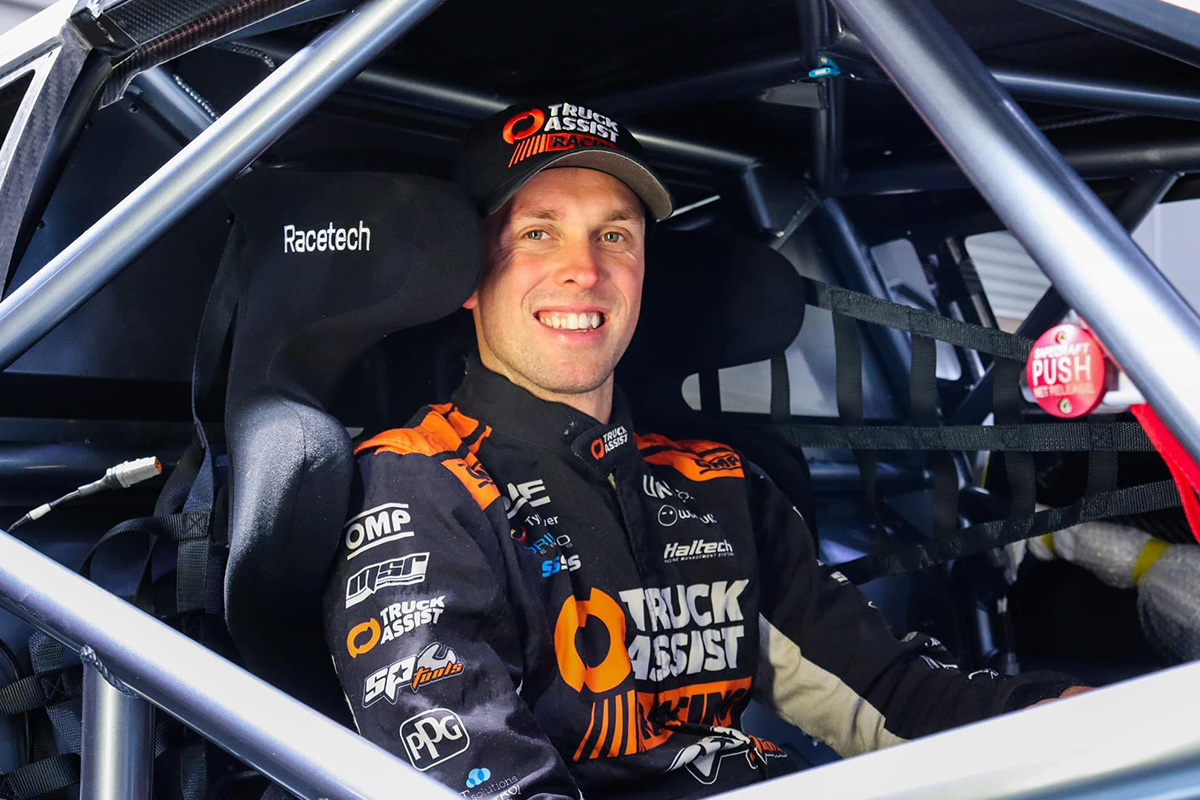 Cameron Hill will race for MSR in Supercars next year

Cameron Hill wishes there was more opportunity available in Supercars for drivers in the Dunlop Super2 Series to graduate.

Last month it was confirmed that Hill had secured the last vacancy on the 2023 Repco Supercars Championship grid at Matt Stone Racing.

He will line up with Jack Le Brocq at the Truck Assist-backed squad for the Gen3 era.

As the last available seat for next year, it was a competitive list of candidates that also included eventual Dunlop Super2 Series champion, Fraser.

MSR’s signing of Hill means that his Triple Eight team-mate Fraser will sit out of the main game in 2023 as the 22-year-old assesses his options.

Of the top five drivers in this year’s Super2 standings, Matthew Payne is the only other contender to secure a main game seat, replacing the retiring Lee Holdsworth at Grove Racing.

Meanwhile, Hill arrives at MSR as a title winner in Australian Formula Ford in 2015 and Porsche Paynter Dixon Carrera Cup Australia in 2021, before netting fourth in this year’s Super2 series.

The Canberran threw his support behind his rivals amid the lack of opportunity for Super2 drivers to graduate into the Supercars Championship.

“I had it very clear in my head what my goal was this year, and it was to make the step up into main game,” Hill told Speedcafe.com.

“All along that was my goal and I worked really hard on putting myself in the best position to do that.

“Obviously, Declan had a stellar year on track and he put together a really good championship. “From that regard, it’s a shame there’s not more opportunity for young guys because he also deserves a crack at the main game, as do a few of the guys that have been doing Super2 now for a while.

“I also firmly believe that I deserve an opportunity as well; I’ve had a lot of success in my junior career and the one thing that I had to do was show everyone that I could drive a Supercar.

“When you look at the timesheets — and I know in myself — I’m definitely good enough and ready to race in the main game.

“Hopefully Declan gets his chance sometime soon and we will continue to be fierce rivals on-track.

“As far as anyone in Super2, he probably took the biggest step up in his driving, but I also know that had a few things gone my way the picture could have been really different,” added Hill.

“I’m not sitting here counting my lucky stars that I made it; I’ve been given this opportunity and [Declan] deserves one as well.”

Fraser has previously told this website that Supercars should do more to support Super2 drivers’ progression into the main category.

“The on-track portion of it, while it’s still extremely important, it’s not the only factor,” added Hill.

“You really need to have a massive support group behind you; you need to be able to talk to the media, be personable, and be presentable.

“There’s so much that goes into it and that’s not to say Declan isn’t — he is, he ticks all the boxes but there’s just not enough seats in Supercars.

“He’s put the work in, he’s won the Super2 championship, so you would think that he is also ready to try his hand in the main game.

“There was only one seat and Matt Stone thought that I would be the ideal candidate.

“It’s obviously competitive on track and off track and I’m just really honoured that I’m going to get that opportunity next year.”