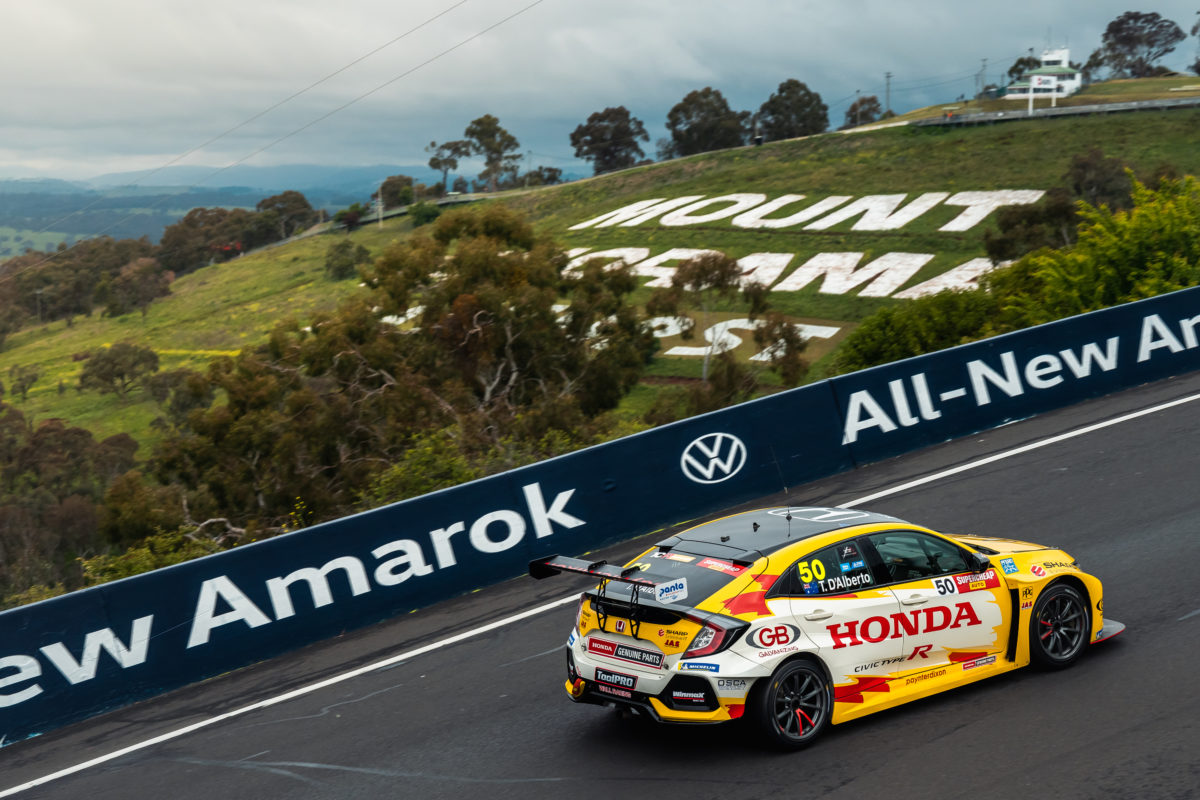 Tony D’Alberto is eager to test himself against drivers on the TCR World Tour. Picture: Supercheap Auto TCR Australia Series

The introduction of the TCR World Tour is another lure for Tony D’Alberto to return to the Supercheap Auto TCR Australia Series in 2023 after this year’s series victory.

D’Alberto clinched the title in a nerve-wracking final race of the season at the Supercheap Auto Bathurst International, taking the chequered flag in 11th for a two-point series win before a post-race penalty elevated him to an official 10th position in that encounter.

However, he faces an uncertain future in the category as Honda Australia, major backer of the Wall Racing Civic Type R which he drove, determines whether or not to continue to support his efforts.

D’Alberto is optimistic they will do so, and the chance to go back-to-back in a national series is not the only lure.

The 37-year-old cited the new-for-2023 TCR World Tour, which will incorporate the Supercheap Auto Bathurst International and one other Australian round, as a big attraction.

“I think that adds a new spice to TCR,” he said on Episode 4 of the KTM Summer Grill on Speedcafe.com.

“It’s not about just doing the local rounds anymore; to have two rounds of the world championship…

“We work pretty closely with JAS and some of their drivers over there in World TCR. It would be nice to have them come over and put the locals up against the best in the business.

“So, I think that’s going to be really exciting. It’s definitely another reason why I’d like to come back next year with the #1 on the door and try and defend the title, but also put myself up against the best in the business.”

Customer deliveries are slated to begin in April 2023, and D’Alberto is looking to get his hands on one if he is competing in Supercheap Auto TCR Australia again.

He talks about that, and more, in Episode 4 of the KTM Summer Grill, which launched today on Speedcafe.com.