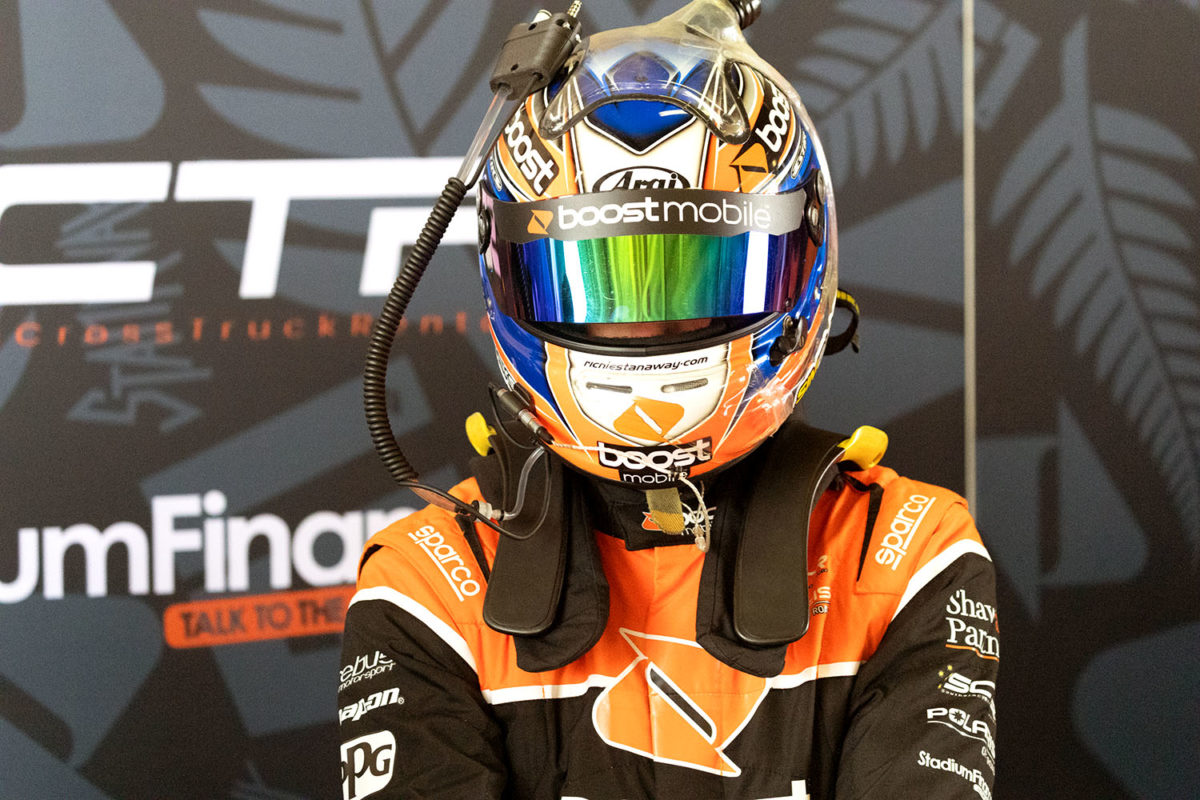 Triple Eight Race Engineering is on the hunt for a new co-driver for Car #97 after Tander’s shock defection to Grove Racing just months after a second Bathurst 1000 win in three years with the team.

Team Principal Jamie Whincup could, of course, install himself as co-driver in Car #97 but that would have him then searching for his own replacement alongside Broc Feeney in Car #88.

A neater option is simply to pair up van Gisbergen with Stanaway, who is already an enduro winner in the Repco Supercars Championship.

Speedcafe.com understands that a deal has not necessarily been signed just yet, but is at least close to being done.

A Triple Eight spokesperson told Speedcafe.com, “Triple Eight are yet to confirm SVG’s co-driver for 2023.”

If it does indeed come to pass, it would complete a remarkable turnaround for the enigmatic New Zealander.

Already a two-time GP2 Series race winner, Stanaway took victory in just his fourth event in the Supercars Championship as co-driver to Cameron Waters at the 2017 Sandown 500.

He was elevated to a seat of his own at Tickford Racing for the following season, but results were thin on the ground and an early contract termination was agreed.

Peter Adderton emerged as a saviour when his Boost Mobile backing helped Garry Rogers Motorsport out of a troublesome commercial situation in 2019 leading to the bombshell departure of, coincidentally, Tander from the team.

However, Stanaway struggled again, with his season blighted by a disqualification at Albert Park due to Dangerous Driving, a spell out of racing due to a neck injury and a sensational benching from the Gold Coast event after missing a signing session.

He “call[ed] it a day” on his motorsport career in the hours after the season finale and spent a full two seasons in the motorsport wilderness.

There was to have been a Boost-sponsored Erebus Motorsport wildcard entry in the 2021 Bathurst 1000 which was scuttled due to COVID-19 restrictions back in New Zealand. Instead, Stanaway and veteran Greg Murphy finally made their comeback two months ago at Mount Panorama.

It was then that Stanaway demonstrated the talent which had created such excitement ahead of that ill-fated 2018 season, qualifying the #51 Erebus entry fifth-fastest in wet conditions in a Friday afternoon session which determined the starting grid in its entirety (but for a grid penalty for Car #97) given the Top 10 Shootout would be cancelled.

Even after Murphy was turned around mid-race by Jake Kostecki, they still finished 11th, albeit with the help of a wave-by which put #51 back onto the lead lap with just under 40 laps to go.

Stanaway is not the only internationally-experienced Kiwi who has been linked with the #97 seat, with the names of Scott McLaughlin and Nick Cassidy also mentioned in the conversation.

McLaughlin would be a dream signing but the IndyCar calendar points to it being an unlikely one.

The return of the Sandown 500 next year creates an additional complication given it falls just a week after he will be contesting the final IndyCar race of the season at Laguna Seca.

Furthermore, Laguna Seca will already be McLaughlin’s fifth race in six weekends, meaning flying to and from Australia for the usual pre-enduro test would be a logistically difficult task.

The 2019 Bathurst 1000 winner did not come back in 2021 in part because he did not want to make a “half-arsed” effort in what was another heavily COVID-affected season, and cast doubt over future Great Race starts again this year.

Cassidy would be free of Formula E commitments by the time he would be required for a pre-enduro test day at Queensland Raceway, assuming he is no longer part of DTM.

He has competitive Supercars experience, in Super2 back in 2011, although lack of experience makes him something of a risk in the high-profile #97 seat, even if Earl Bamber performed well in similar circumstances in 2018.

Stanaway is clearly a risk, too, but it is worth noting that he would be in a comparable, if not better, situation than when he won the Sandown 500 with Waters and Tickford five years ago.