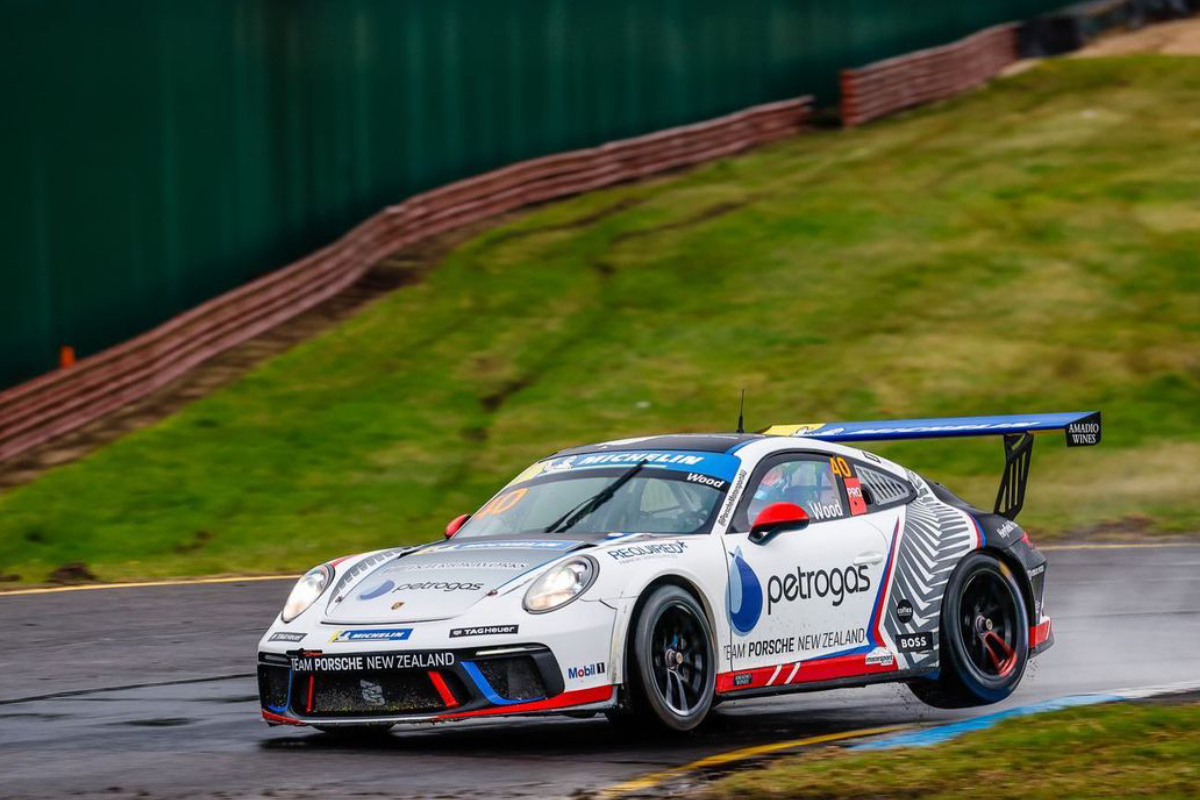 Wood will drive a second WAU entry, on its return to the Super2 Series grid for the first time since 2012.

It follows a stellar campaign in the 2022 Porsche Michelin Sprint Challenge Australia Series, with Wood collecting six pole positions and four round wins, as he finished runner-up to title victor Thomas Sargent.

The drive means that the Kiwi will give up the Team Porsche New Zealand Scholarship he earned to go towards a drive in Porsche Paynter Dixon Carrera Cup Australia.

He earned said scholarship by taking out a shootout event held at New Zealand’s Hampton Downs Motorsport Park in October.

Wood was one of five finalists in that event, including fellow scholarship recipient Zac Stichbury, who secured a drive with Team Porsche New Zealand in next year’s Porsche Michelin Sprint Challenge Series, as well as Ronan Murphy, Kaleb Ngatoa and Matthew Mccutcheon.

He admitted that it was a difficult decision to leave the Team Porsche New Zealand programme.

“Although I am unable to compete with TPNZ again next year, I am appreciative of Porsche New Zealand and Earl Bamber Motorsport for helping me get to where I am today and giving me the skills and experience to take my career to the next level,” Wood said.

“I have had the pleasure of working with Team Porsche New Zealand in the Porsche Sprint Challenge for 2022 and with the help of Earl Bamber Motorsport, my season was extremely successful.”

“The TPNZ program was developed to offer young kiwi talent the opportunity to develop their motorsport careers on an international stage,” Clarke said.

“Although Ryan will no longer be able to compete for TPNZ next year, we’re pleased that the programme has been successful at advancing him to the next step in his career, and we wish him the best for his 2023 season.”

A new recipient for the 2023 Team Porsche New Zealand Scholarship will be announced early next year.