Bastianini: Ducati MotoGP riders ‘will fend for themselves’

Bastianini: Ducati MotoGP riders ‘will fend for themselves’ 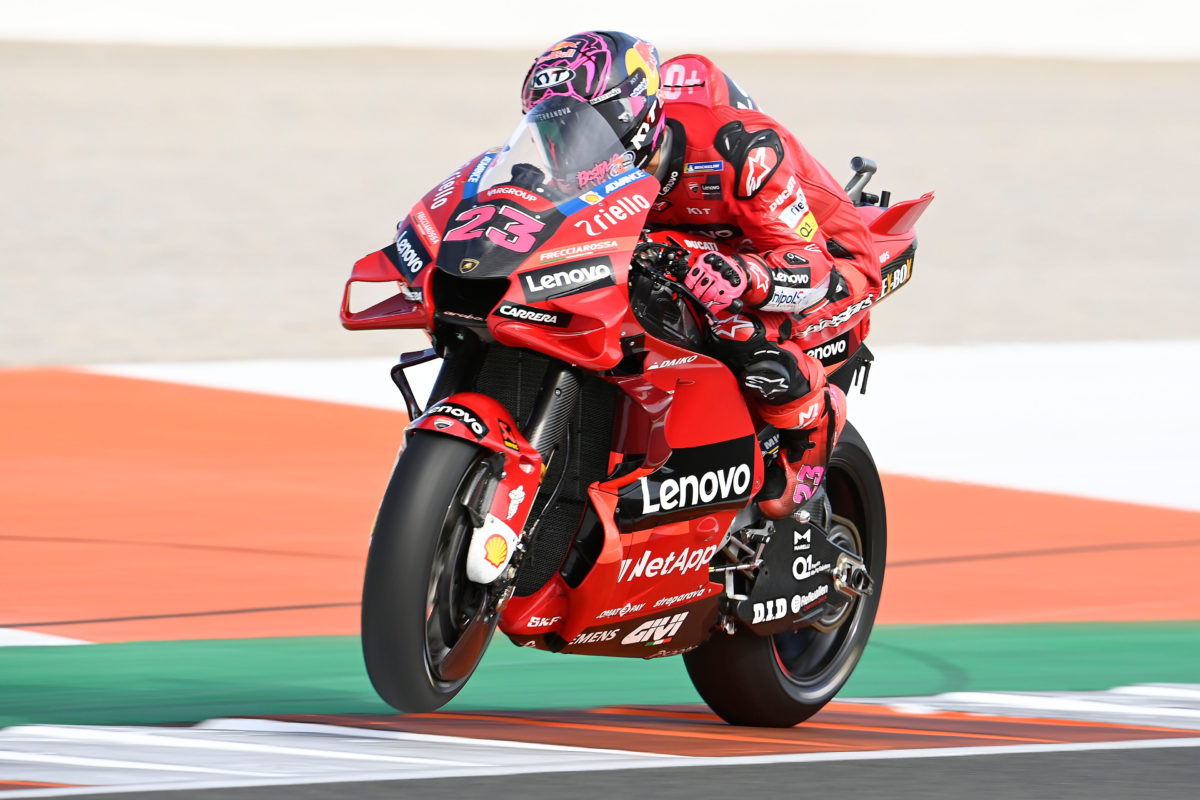 Enea Bastianini tests for the Ducati Team, where he will be team-mate to Francesco Bagnaia in 2023

Enea Bastianini expects that he and Ducati MotoGP team-mate Francesco Bagnaia will “fend for themselves” on-track even if they work together off it.

Bastianini has been promoted to the factory Ducati Lenovo Team after a standout 2022 season when he won four races and finished third in the championship.

The latter of those wins was at Aragon, where ‘La Bestia’ overtook future champion Bagnaia on the final lap, a fortnight after their final-lap battle for victory at Misano.

They would later engage in yet another nail-biting battle for the top step of the podium, when Bagnaia was trying to close out his first ‘match point’ in the penultimate race of the season at Sepang.

Off the race track, there seemed to be tension when Bastianini suggested before his 2023 ride was confirmed that ‘Pecco’ would prefer Jack Miller remain on the other factory entry in order to avoid a “problem”.

Fireworks between the two Italians seems a not unlikely outcome, although Ducati Sporting Director Paolo Ciabatti says they do not need to be “friends”.

Bastianini acknowledges the importance of cooperation with Bagnaia, but that stops once the lights go out.

“I’m here to try,” he said at Ducati’s recent celebratory party in Bologna.

“I was put in the official team, so I’ll definitely have a chance at winning the title.

“There are many of us – Pecco will want to retain, but there are many other riders who are competitive. Today’s MotoGP is really difficult.

“I think we’ve already had some good battles but we have to continue. It’s now essential to work together and develop the bike at its best.

“Then, on the track, when it’s time for the race everyone will fend for themselves, as it should be.

“We’ve already had fun this year and we’ve had some good battles like in Misano, Aragon and Malaysia, so we’ll try to repeat this in the future.”

Bastianini rode a GP21-spec Desmosedici out of Gresini Racing this year, but will have the latest Ducati machinery in 2023.

That will not be the only adjustment, given Johann Zarco’s crew chief Marco Rigamonti has been moved onto his #23 entry due to the defection of Alberto Giribuola to KTM.

Thus far, they have had the one-day post-season test at Valencia together.

“I think I’ve adapted quite quickly but in a one-day test it’s difficult to say what the feelings can be,” remarked Bastianini.

“It’s a team that works really well. My electronics remained the same. My crew chief was replaced so we’ll have to establish a good relationship.”