Media and racing drivers around the world have paid tribute to Andy Hallbery, former editor of Autosport and esteemed author, who has died aged 56.

Hallbery joined the Autosport team as an editorial assistant 1986 as a passionate 19-year-old race fan who’d developed a Brabham fanzine while attending the London College of Printing. His reporting skills were honed when he followed the GM Lotus Euroseries in 1990, won that year by Rubens Barrichello from Gil de Ferran and David Coulthard.

It was his next step, following DTM around Europe where, according to Autosport, Hallbery struck up long-standing relationships with drivers including Dario Franchitti – the Scotsman admitting that he mistakenly thought Hallbery seemed too young to be Autosport editor when he was promoted to the role in 1992 – the youngest editor in the esteemed title’s substantial history.

After heading the then-new Special Projects department at Haymarket (publisher of Autosport in Teddington, London), working on official F1 programmes and in-house Mercedes-Benz magazines across a number of titles, Hallbery moved to California to head up Racer in 2001 – again, where he’d reunite with Franchitti and de Ferran.

Making his mark on both sides of The Atlantic, Hallbery was also a fan of synth music and his beloved Depeche Mode, a passion rivalling his enthusiasm for motorsport and publishing.

He went on to author Lionheart, covering Dan Wheldon’s glories at the Indy 500, with Jeff Olson, after he’d co-written The Romance of Racing with Franchitti, who upon Hallbery’s passing said, “Andy faced some pretty big challenges over the last 10 years or so, but never lost his love of racing or his incredible gift for writing about it”.

“Andy was a friend of mine and so many in the motorsport industry,” said Murray.

“It was difficult to wake up to the news that we no longer had him. He had a passion for the game and that was only matched by his love of music (especially Depeche Mode).

“He only called me from the UK couple of weeks ago looking for some advice regarding a young karter he was trying to help and map out a career for.

“I was privileged when Andy asked me to contribute to Dan Wheldon’s Lionheart tribute book in 2016 and to be invited to its launch at the Indy 500. We were working on a few projects together and had already planned a catch-up at the Indy 500 in May to ‘put some meat on the bone’.

“His contribution to our sport through his writing and genuine passion should never be underestimated. He was a terrific dude and me and so many others will miss him.” 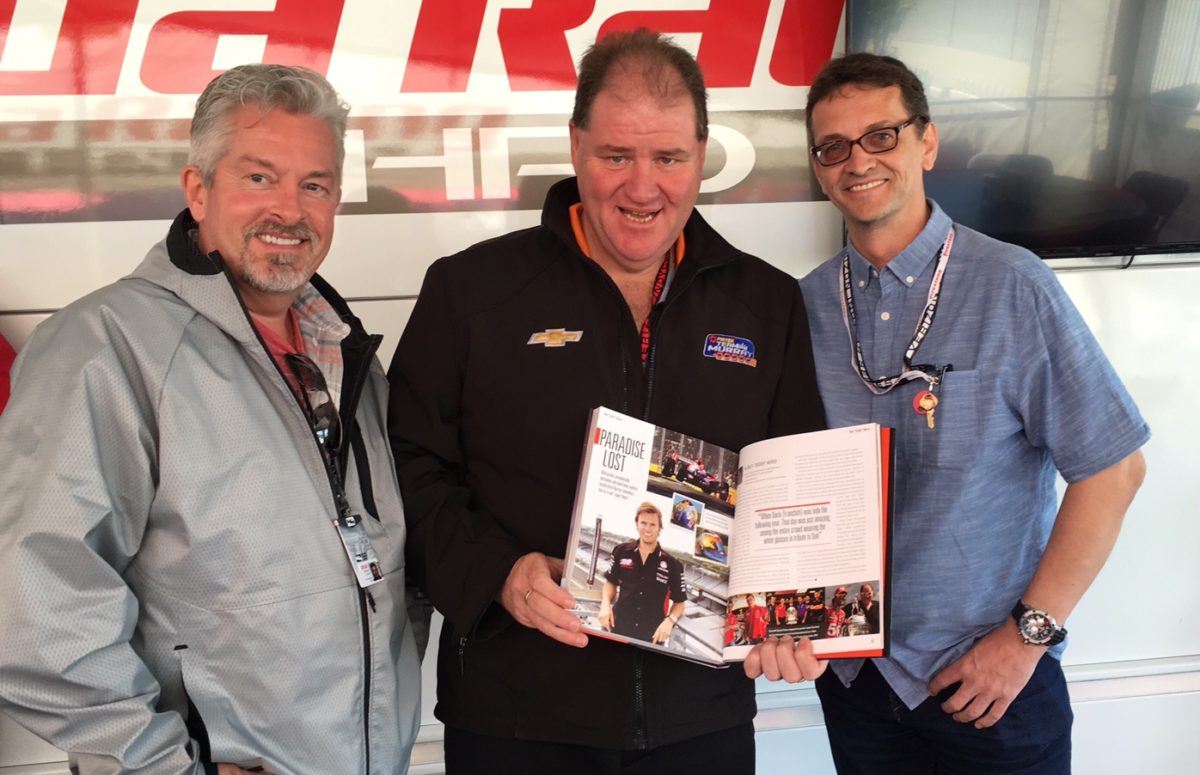