Waters crashes out on speedway return

Waters crashes out on speedway return 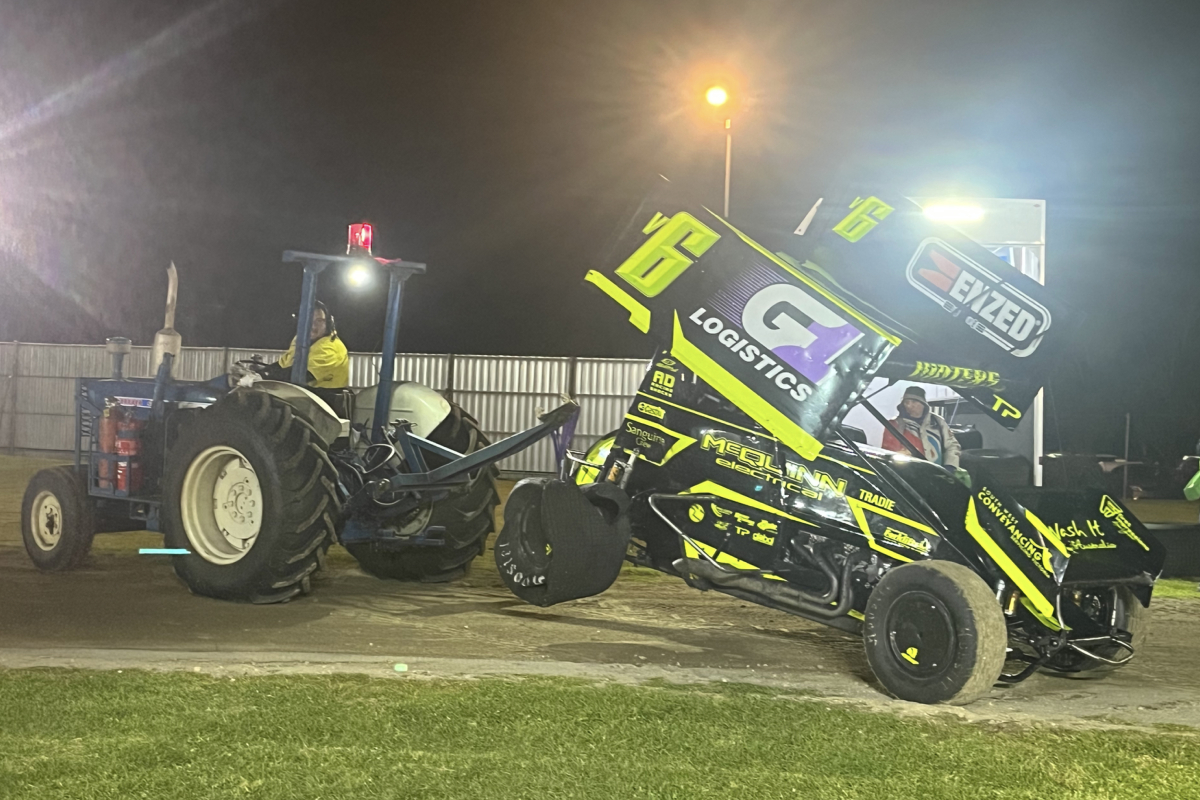 Cameron Waters crashed out on his speedway return at the season-opening Max’s Race event at the Premier Speedway in Warrnambool. Picture: Chief Racing

Cameron Waters crashed out on his speedway return at the season-opening fixture at the Premier Speedway in Warrnambool.

It comes as Waters plans to spend his off-season taking part in speedway competition with Chief Racing.

This year, the Tickford Racing driver coupled his Supercars Championship campaign with several outings with the team.

Waters has finished on the podium on several occasions, including the Sunday A-Main in Mildura over Easter, as well as a second-place finish at Moama’s Heartland Raceway in February.

He recorded mixed results on his speedway debut in the Northern Territory in August.

At Warrnambool Waters, who was supported by his Tickford team-mate Thomas Randle, was ninth out of 51 cars in the in the Time Trials, only three-tenths off top-placed Jamie Veal.

The effort was enough for him to qualify him on the front row for the second heat.

He went onto finish that eight-lap heat in first, earning him a spot in the A-Main Dash.

The starting positions for that race were determined by a draw, with Waters starting that affair in seventh.

During the A-Main Dash, he improved to fourth before the yellow flag was waved.

Following the re-start, he would drop back to sixth, where he ultimately finished.

Waters started the A-Main from the position and while he was quick off the line, it was not long before he hit a rut, spun and collided with the wall, causing significant damage to the #6 entry.

While he was happy to return to speedway racing, Waters admitted that it was not the way he wanted to start the season.

“Had a lot of fun tonight being back in the car,” he said.

“The crew built me a new car and it looks amazing in its new colours.

“We were eighth for our group which put us on the front row of our heat and managed to convert that into a win which was awesome.

“The Dash we drew seventh, got up to fourth and then made a mistake in the last couple of laps and went back to sixth.

“So, started the feature in sixth.

“The track was super fast and really rough. I just hit a rut and put it in the wall, so that was our night done.

“Bit disappointing, but a lot of cars hit it in the rough, so I wasn’t alone.”