Potential for Murphy broadcast cameo despite no NZ

Potential for Murphy broadcast cameo despite no NZ 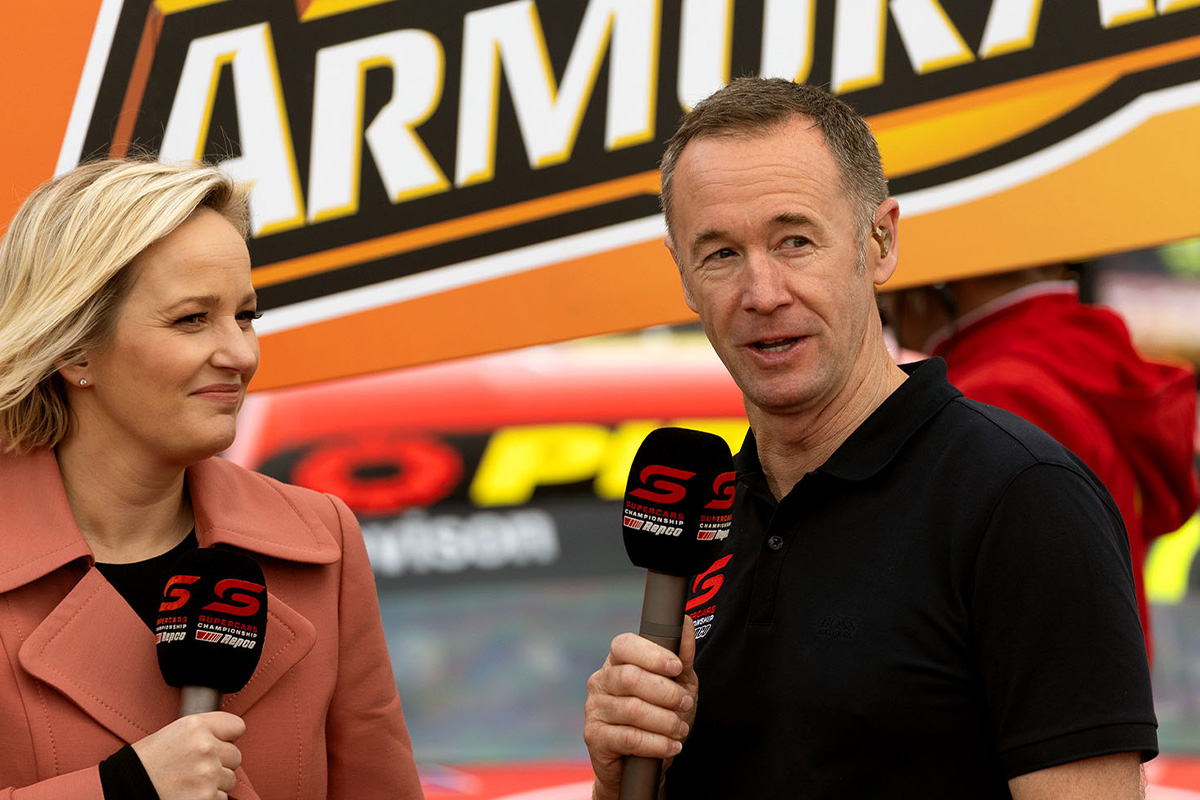 There is a chance Greg Murphy could still make a cameo appearance as part of the Supercars broadcast team in 2023, despite no trip to New Zealand.

The four-time Bathurst 1000 winner returned to the television broadcast – for the first time since February 2020 – at this year’s ITM Auckland SuperSprint in a punditry role.

However, Supercars will not be making the trip across the ditch next year amid the closure of Pukekohe Park Raceway.

Supercars’ Head of Broadcast, David Tunnicliffe, hopes to still include Murphy in an on-screen role at some point next season.

“Murph is a great broadcaster and offers a completely different outlook on everything we do,” Tunnicliffe told Speedcafe.com.

“I’d love to have Murph involved [next year].

“We’ve spoken about what we can and can’t do — he’s very busy in New Zealand these days, he’s got a lot of business in media and outside of media that he does in New Zealand.

“He’s another person who I’m in regular contact with and we’ve spoken about next year.

“We’re yet to sort anything out, but we’ve certainly spoken about it because I think viewers love Murph.

“We enjoy Murph being on the team and we’d certainly like to have him as part of the team at some point.

“He was there for New Zealand [this year]; that was a no-brainer, but we’ll continue to chat and see what we can do.”

The most obvious choice would be the Bathurst 1000, where the on-air talent line-up typically shrinks at the category’s most grand event.

That is because the Great Race sees the likes of Garth Tander and Craig Lowndes in co-driving roles.

While Murphy himself shared the Boost Mobile wildcard with Richie Stanaway this year, the veteran has indicated it would be his last Supercars race.

When asked of Murphy’s Bathurst potential, Tunnicliffe said: “It’s the biggest broadcast with the smallest team, so it’d be silly if I didn’t look at that.”

Three-time Supercars champion turned IndyCar driver Scott McLaughlin made a cameo of his own as part of the Adelaide 500 broadcast.