MSR figure Jason Gomersall set to branch out with own team

MSR figure Jason Gomersall set to branch out with own team 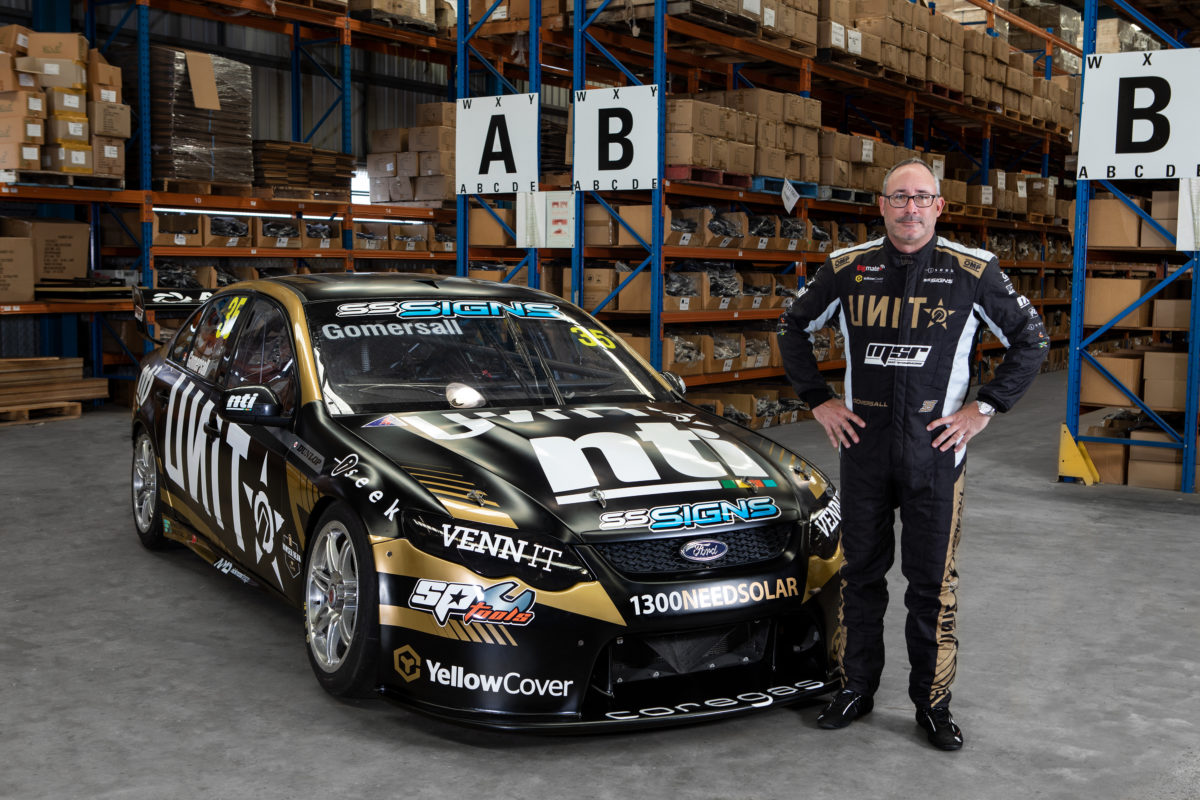 Key Matt Stone Racing figure Jason Gomersall is set to branch out with his own race team in 2023.

Gomersall was announced as an ‘equity partner’ of the team in February 2019 in an extension of the relationship which had seen him sponsor MSR’s Supercars effort and compete in Touring Car Masters as a customer.

The IT magnate held an advisory position within the Yatala-based operation until earlier this year, before an announcement in September that he had “step[ped] back” from that role to focus on his business, which had just won a significant contract with the Queensland Government.

Since then, MSR has confirmed that it will not compete in the Dunlop Super2 Series next year after all, in a reversal of previously stated plans which is said to be motivated by a desire to focus on the introduction of Gen3 in the Repco Supercars Championship.

Now, it has emerged that Gomersall will not be stepping back from motorsport entirely, although he says there has no parting of ways with MSR, and that the relationship with Matt Stone remains good.

“Not exactly [a parting of ways],” he told Speedcafe.com.

“We put out a press release [because] earlier in the year, I pulled back in any active involvement with MSR this year, for a couple of reasons.

“Matt’s sort of got it under control, got his head around Gen3, and to be honest, I’m flat-out with my business.

“We’re on a real growth trajectory at iseek at the moment, which demands my attention and any time that I’ve got to spend on motorsport, I’ve got to be pretty selfish and focusing it on myself.

“I’m still a shareholder in MSR [Ed: Gomersall would later clarify that he is a “stakeholder”, but is in fact not a shareholder].

“I’m not that actively involved these days, but as far as Matt and I, our relationship’s as good as it’s ever been, actually, because I’m doing my own thing and he’s doing his own thing and we compare notes from time to time.

“So, it’s sort of worked out well, because he’s focusing on Gen3 next year, which he needs to, and I’m on focusing on my stuff, so there’ll be some announcements to come on that.”

Gomersall, while not a shareholder in the team, owned some of the cars which MSR had been running, and affirmed that there will still be a relationship between the two parties going forward.

“I’m quite happy where it’s all landed for both of us,” added Gomersall.

“I think he’s quite happy with it as well. He’s focused on Gen3 and next year I’ll sort of be focused on my own thing and there’s still a tie-up, and we still talk every other day.”

On the nature of that tie-up, he noted, “I’m still a stakeholder. I’ll still be using MSR infrastructure.

Stone himself gave a similar account, telling Speedcafe.com that Gomersall is a “stakeholder” in the team.

“He invested in the team years ago, being a partnership,” said MSR boss.

“Moving forward, we’ve reassessed and Jason wants to focus on his racing, I want to focus on Gen3 main game, hence why we announced the other day that we’re withdrawing from Super2, just to put the MSR resources behind Gen3 moving forward.

“Jason wants to focus on his racing, and he can release what his plans are in due course.

“He’s still a good friend and a strong mentor of mine, he’s still a stakeholder in MSR.

“All the details are in the story that you guys ran a month or so ago; nothing’s really changed.”