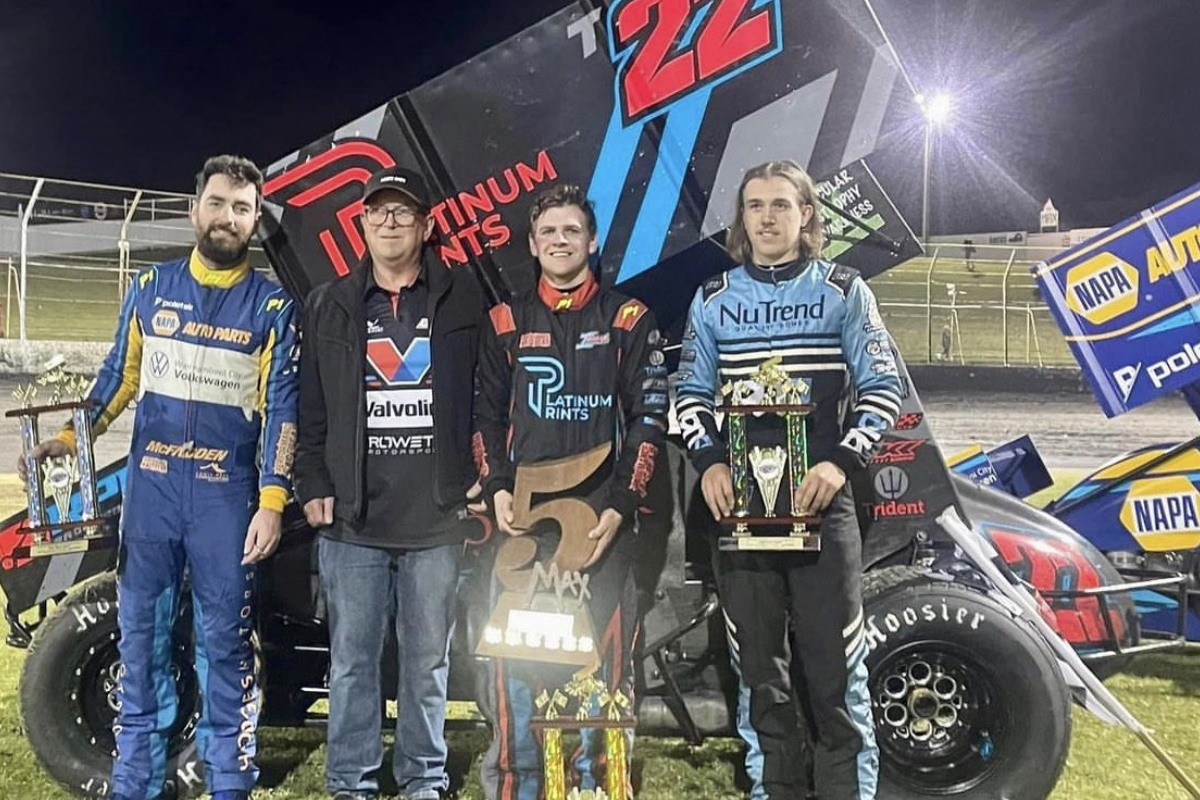 Jock Goodyer has claimed the biggest triumph of his burgeoning sprint career, storming to victory in the Max’s Race at the Premier Speedway in Warrnambool.

Goodyer held off Australian World of Outlaws star James McFadden to take the win in the season-opening sprint encounter, with Queenslander Ryan Newton completing the podium.

In doing so, he became the sixth different winner of the race that celebrates seven-time World Series Sprintcars title winner Max Dumesny.

“To win a race like this, with a field like this is massive for me and my confidence, and to win Max’s Race with Max here to present the trophy is just mega,” Goodyer enthused.

“And then to hold off the likes of Jamie Veal and then McFadden is massive, it’s awesome to win here finally ahead of the 50th Classic next month.”

After qualifying 14th for the feature, McFadden made his way through the field to finish second.

“Tonight wasn’t perfect but it was great for our notebook for what’s to come, especially here at Premier,” McFadden said.

“We made life difficult for ourselves with the time trial, but it’s a great result for our new team and our new sponsor NAPA and our brand new car to get this result.

“The feature just opened up for us early on, we passed a bunch of cars and gave ourselves a shot at the thing.

“I’m bummed with the caution late, I think we had a great chance of passing Jock but as it is, second is a great start for our guys.”

The feature race was a high-attrition encounter, with only eight cars finishing the 30-lap race.

The 50th-anniversary edition of the Grand Annual Sprintcar Classic will take place at Premier Speedway on January 27-29.